August was filled to the brim with activity. We said goodbye to our Chinese exchange students, and celebrated Ben’s birthday.

We swam a few times in our friend’s nearby pool, but also did a fun day trip out to go swim at a water hole our friend Sarah knows about. We joined Sarah and 3 of her kids and our friends the Wassermans and enjoyed a beautiful day out in nature under the trees. The water was very cold, but it didn’t seem to stop the kids! 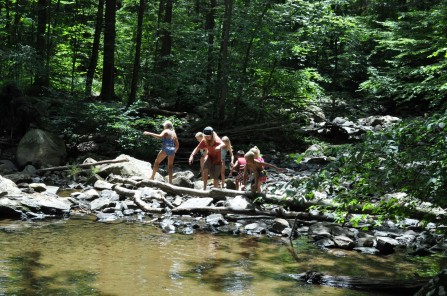 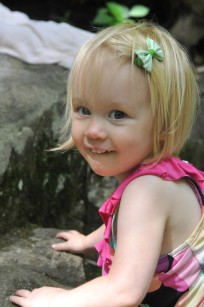 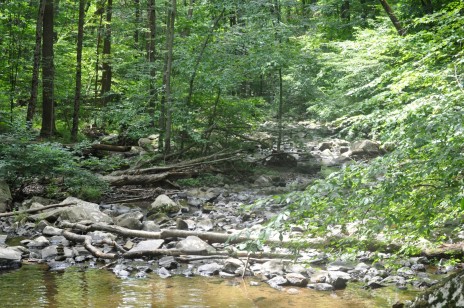 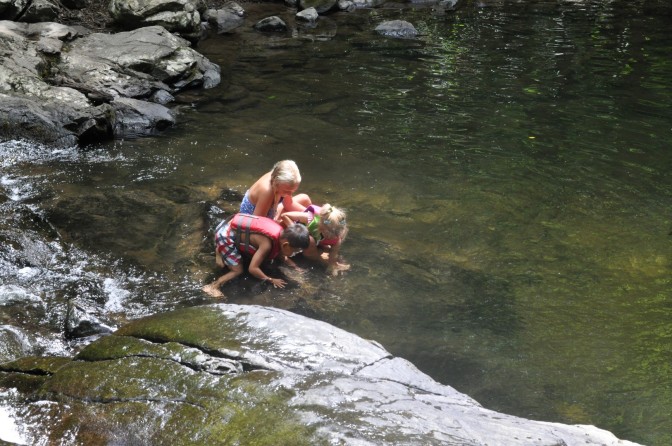 One day, I took the three girls to all get their hair cut. It was Laurelin’s first time at a hairdresser, and she did remarkably well and sat surprisingly still. This was serious business! Esther was adamant that she didn’t want a haircut, but she needed a trim, so the hairdresser cut off only a little bit. Marica, however, was sick of having long hair again and had been begging me for months to get a haircut. So off it all came again, much to my dismay… seeing those beautiful blonde curls scattered on the floor! But I have to admit that her new haircut suits her well and looks pretty, so I can’t really complain. 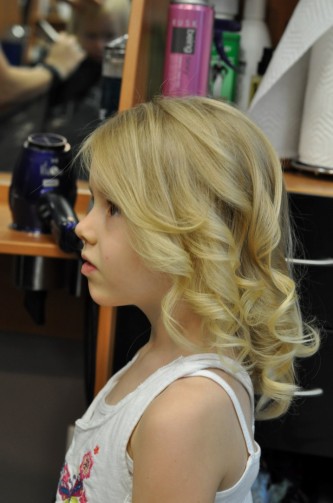 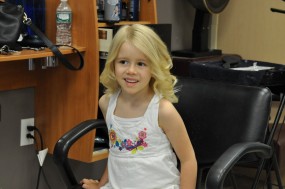 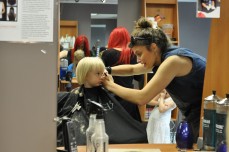 One evening we went and used some vouchers for fast food that the girls earned through the reading program at the library, and ate it in a park across the street. The food was awful (from WhiteCastle), but there was this butterfly that kept landing on Esther, and she loved it! 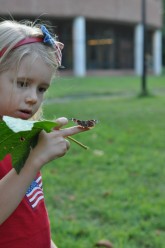 Summer also saw Laurelin getting potty trained. All I can say is that I’m glad we have hardwood floors! The beginning was slow, but then she got the idea. Poopooth (as she calls them) took a little longer to master. One time she got them *on* the toilet — the toilet seat! (I’ll spare you the photo!) But now, a month or so later, she’s doing really well and going everywhere in undies (mostly without accidents) except to bed at night. :-)

Our friends the Wassermans invited us to spend a weekend with them up in Vermont at their family’s holiday house. In New Zealand we would call this kind of house a bach, but I don’t know what they call it here. Other than awesome. :-) It was wonderful to wake up and look out the window and see the sunlight filtering through all the green. It was quiet and restful and altogether wonderful! 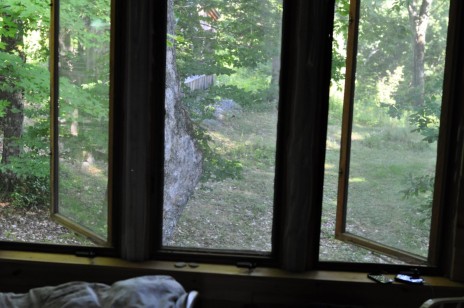 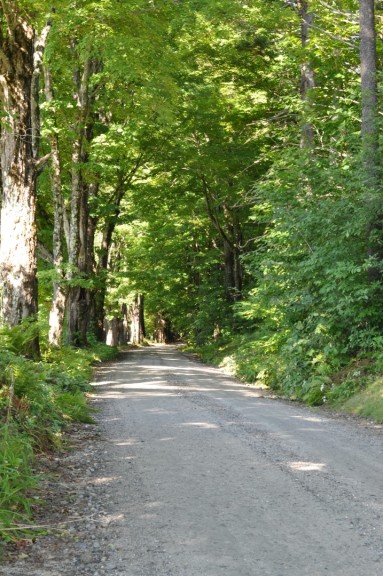 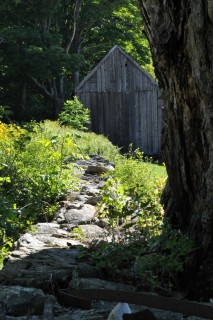 We also had a fun day at the zoo with our friends the Rodriguezes, 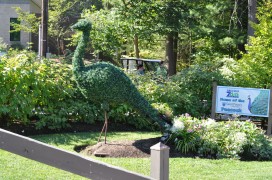 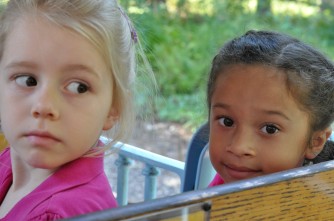 and a beach day with our friends the Murphys and my friend Kristen and her kids. I added that last photo simply for those who like to people-watch (it’s a double whammy). New York beaches will just never disappoint when it comes to people watching! 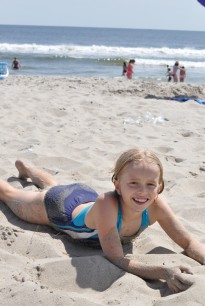 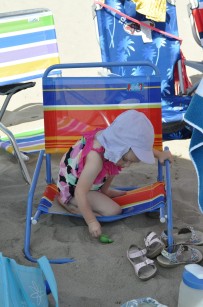 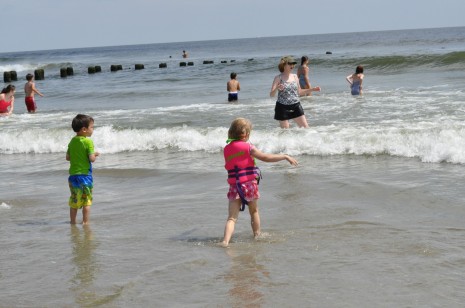 Ben has dreamed of putting up a rope swing in the big tree in our front yard almost since we moved in, and it finally happened in August! Since these photos were taken, he’s put a better seat on it. Let me just say that this swing is even fun for adults!

However, the biggest event in August was probably our roadtrip out to Indiana for cousin Sharon’s wedding. I have quite a lot of photos from that, so I’ll share them in next week’s post.