The next stop couldn’t have been more different from Las Vegas. Tranquil, rural, isolated, pretty much nobody around, right in nature, and no electricity! We stayed the night in a little cabin/tent outside a small town called Lone Pine, between the Death Valley and the Sierra Nevada Mountains. To get there, we drove through Death Valley, a hot, arid dessert with amazing scenery and contrasts. We experienced quite a bit of contrast in elevation just by driving through — the highest point was 3040 feet (927m) and the lowest point was below sea level, so lots of ear popping going on.

We were very thankful that our car had air-conditioning. On the day we were there, the temperature was 120 F (49 C). We stopped at the Visitors’ Center and before we got out, we could see there was a bit of a breeze and thought it might be a bit more pleasant because of it… it was like stepping into an oven with the fan bake setting on! It’s so hot it sort of just stuns you while your eye balls cook. Believe it or not, people live there. (???!!!)

Let me just share something I thought was funny: we drove through a town called Pahrump a bit west of Vegas. It probably has some deep meaning, but to us it just sounded so funny. Imagine having to say “I live in Pah-RUMP.” Pahrump-pa-pum-pum! You’d just have to be known as the Little Drummer Boy! (Okay, end juvenile moment.) 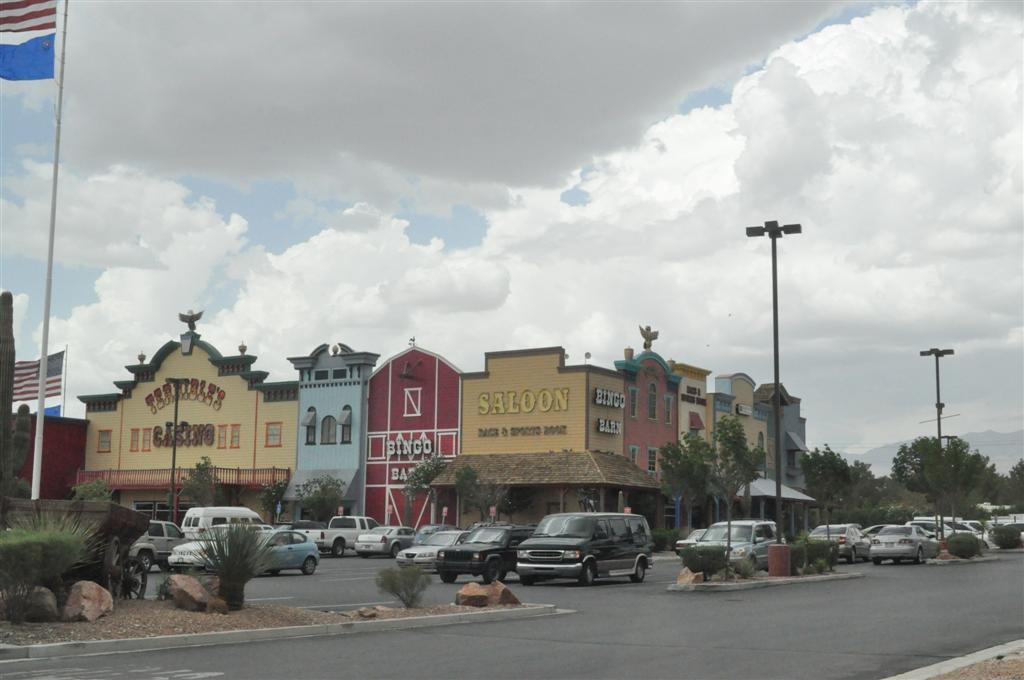 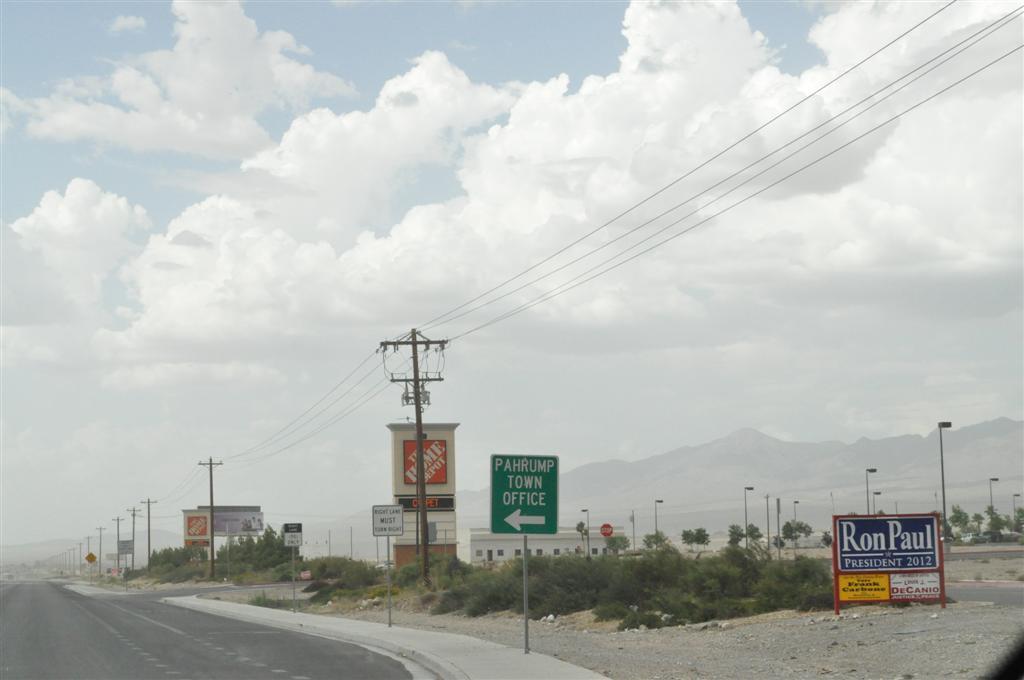 We chose the most direct route to get to our next stop, which meant that it was also the least interesting route through the Death Valley scenery-wise. Nevertheless, I think we still saw some amazing things and a lot of variation. 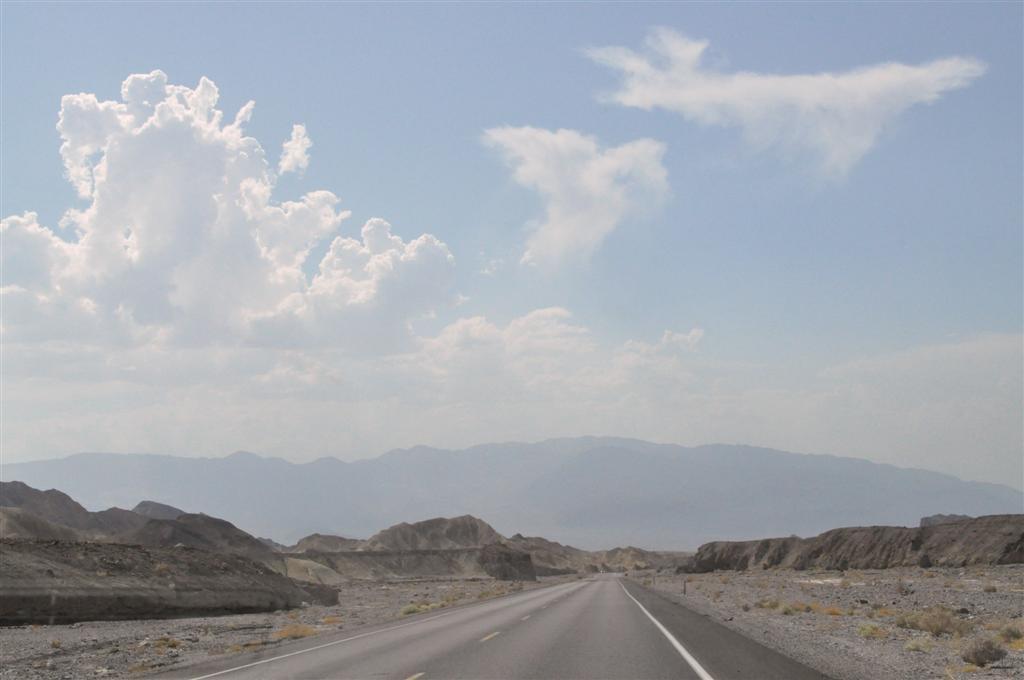 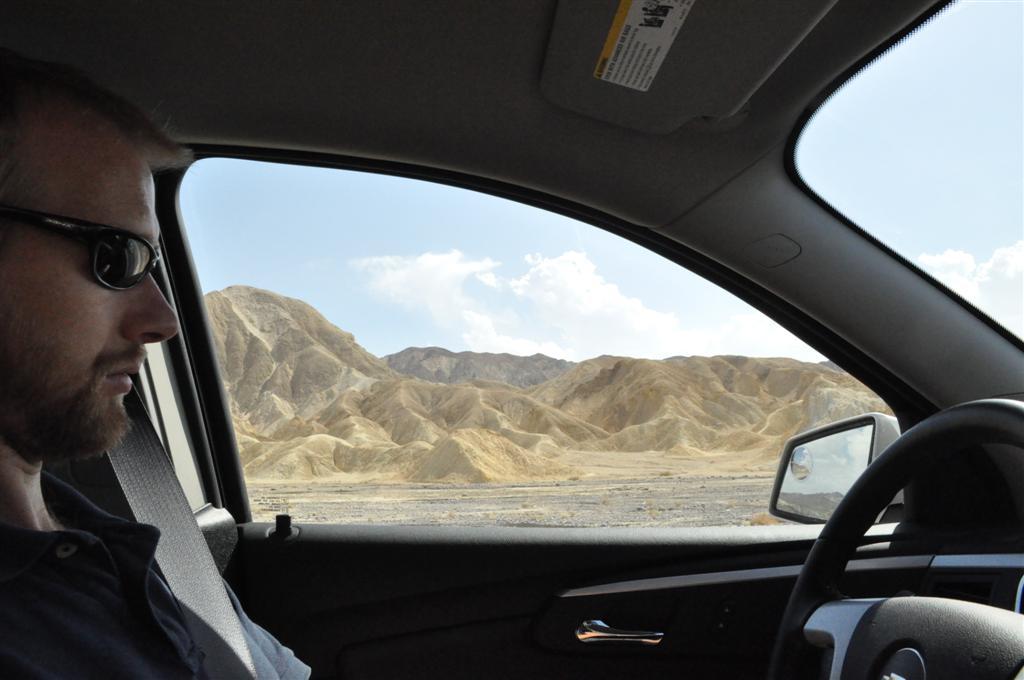 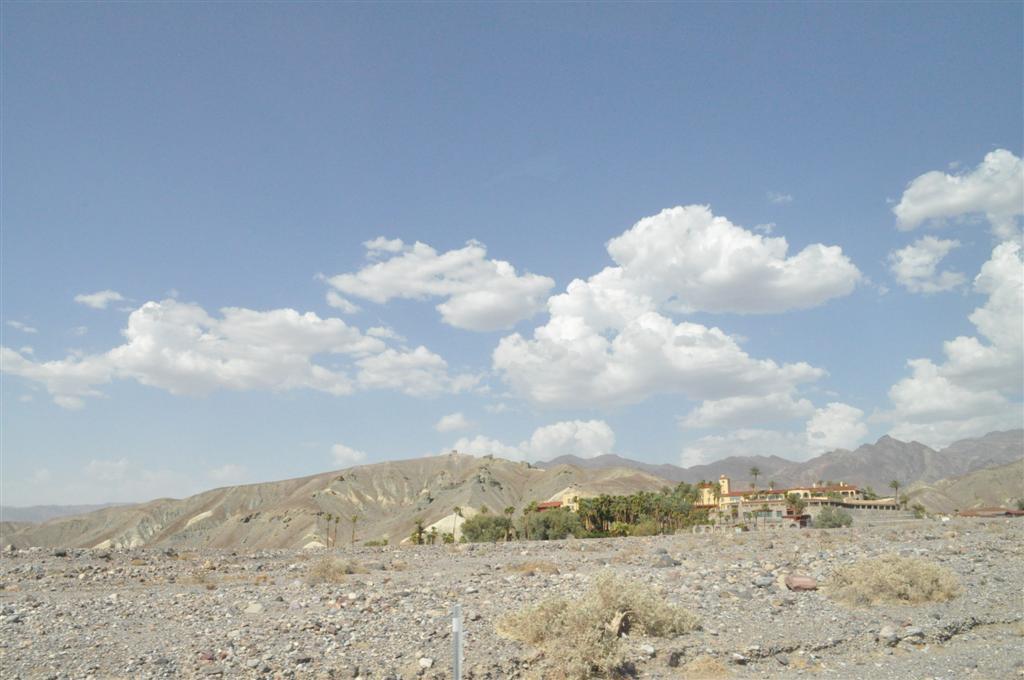 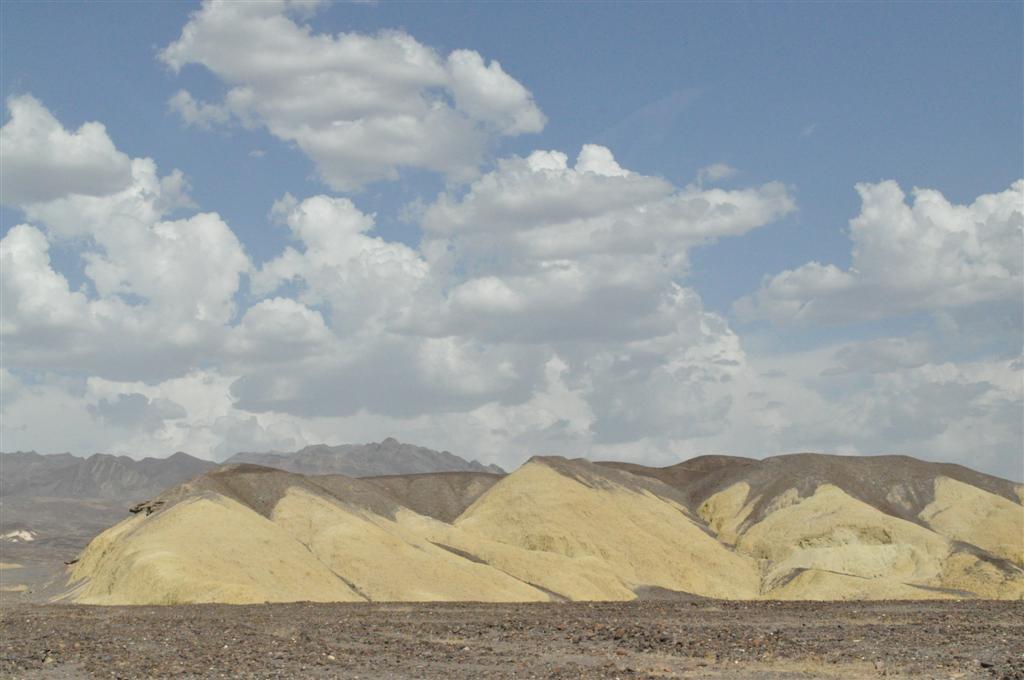 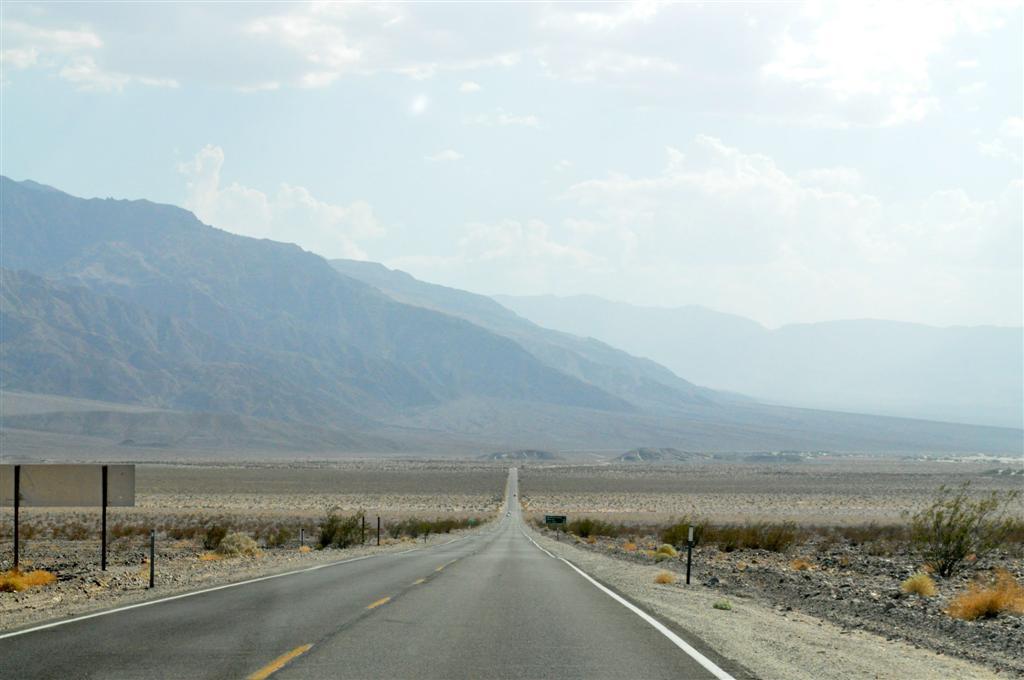 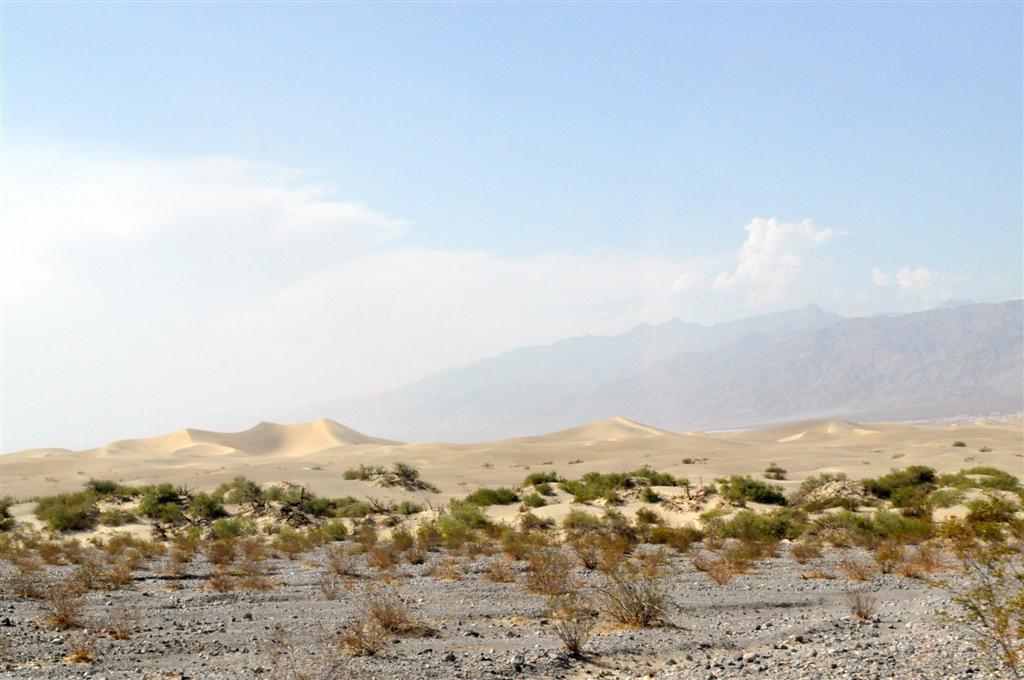 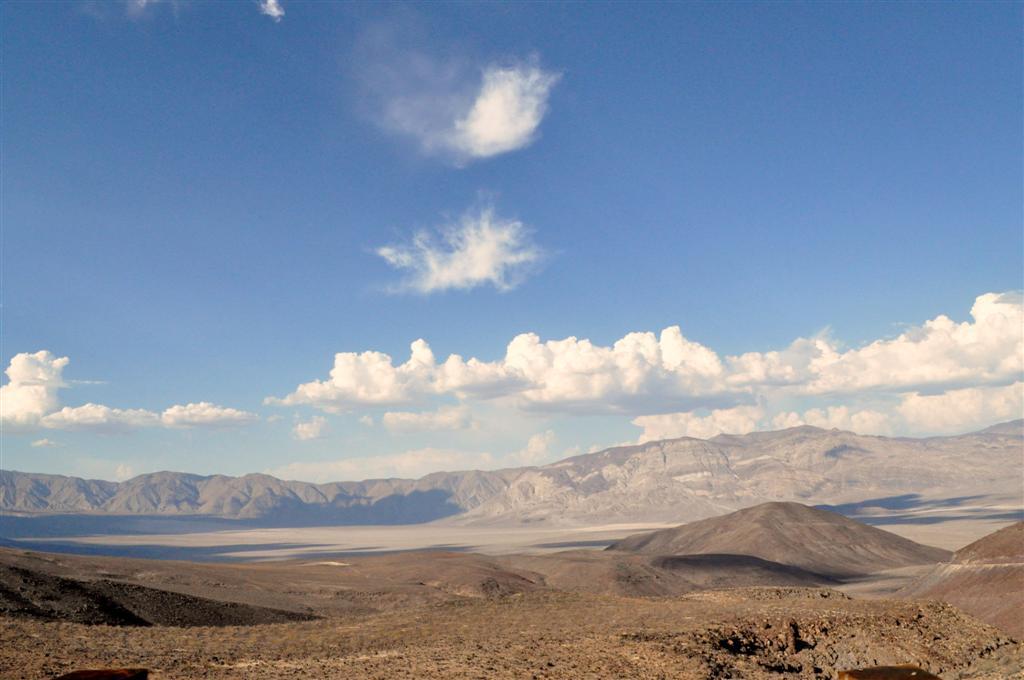 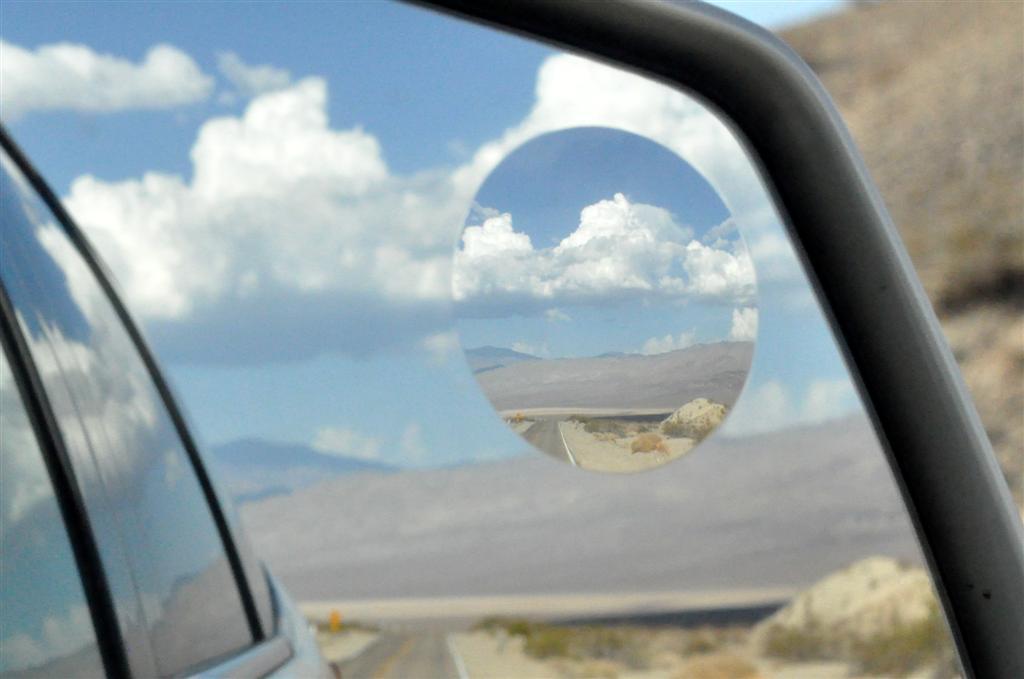 On the western side of the park, we drove into a rainstorm. There were some breaks in the clouds and the light streamed through it in the most amazing ways, it was almost surreal. 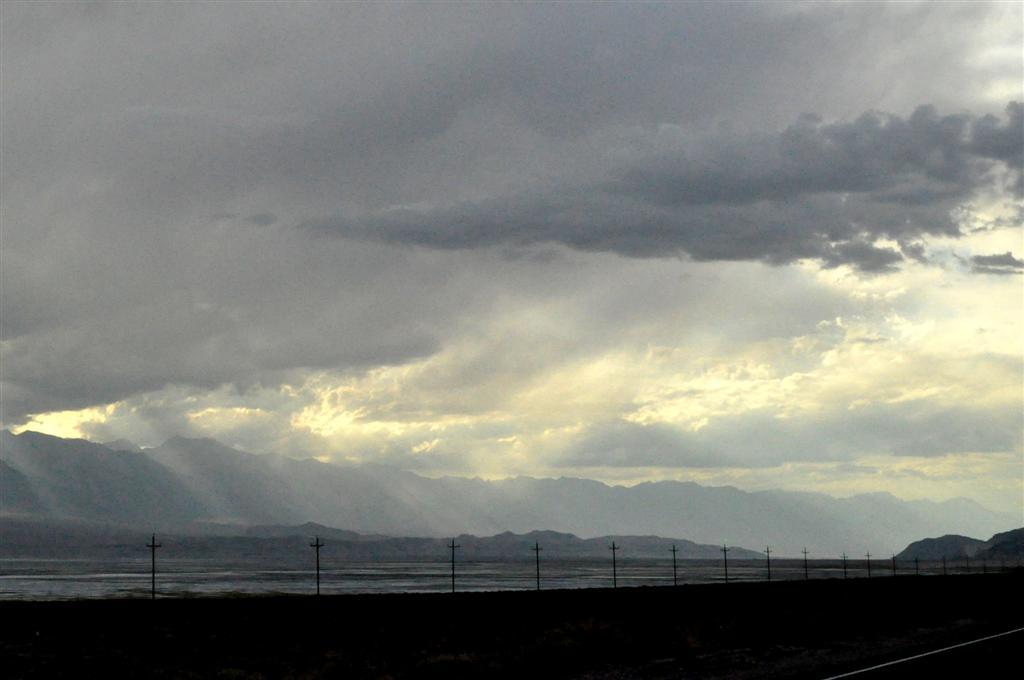 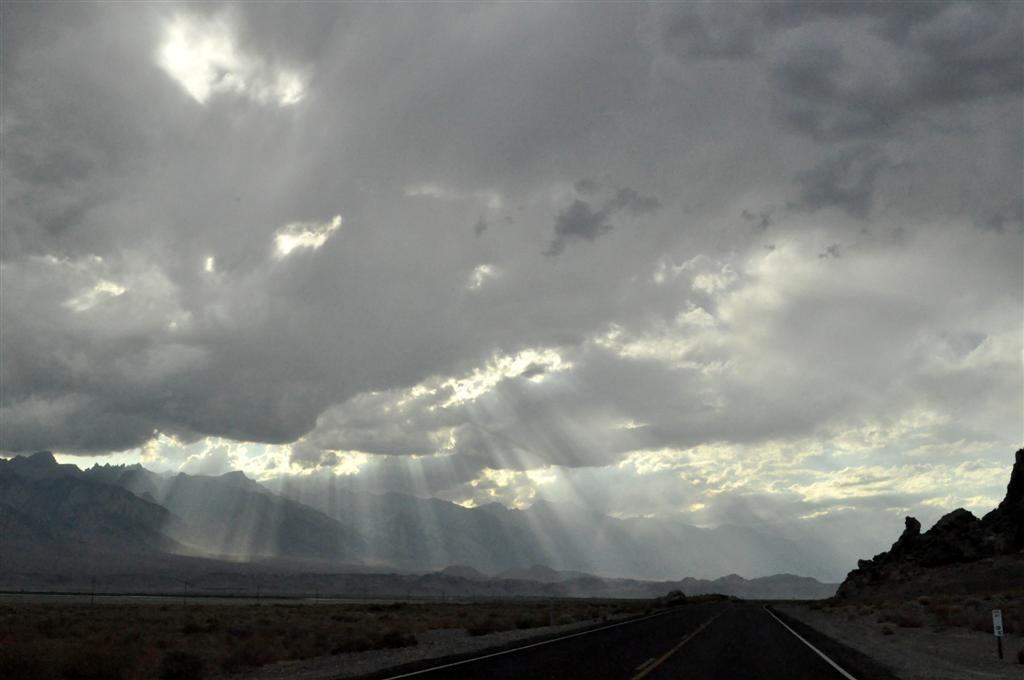 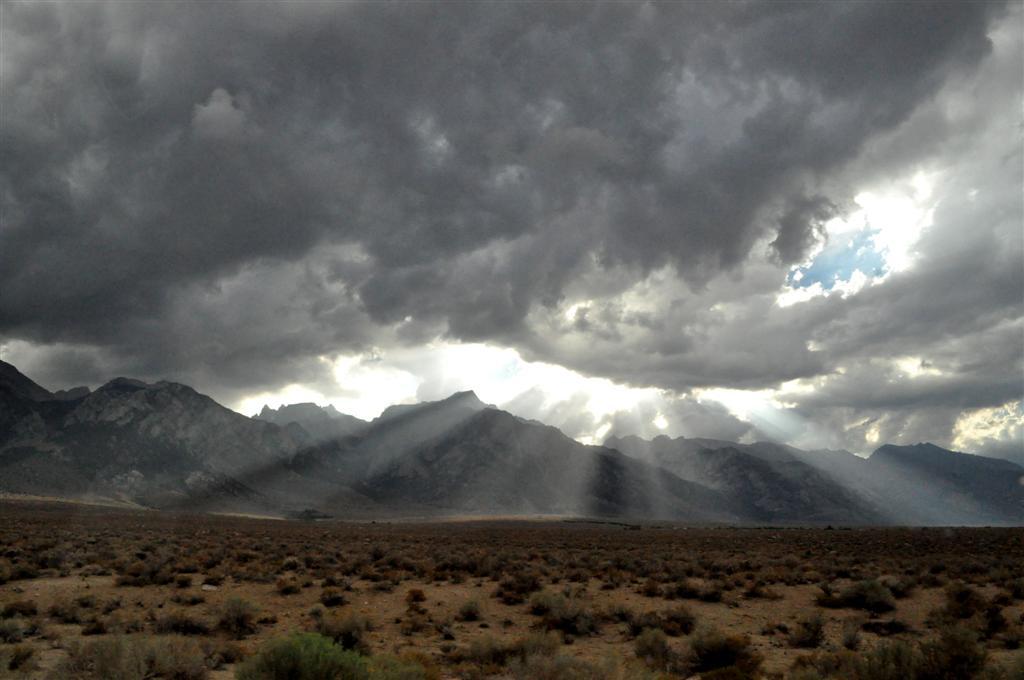 Arriving at our cabin in the Alabama Hills was like one great big happy sigh of relief — to be away from the tackiness of Vegas, all the stress of having to organise a new car, and to be done with the hot up-and-down drive there. It smelled so good and fresh with the recent rain on the plants, and it was lovely and cool because of it. 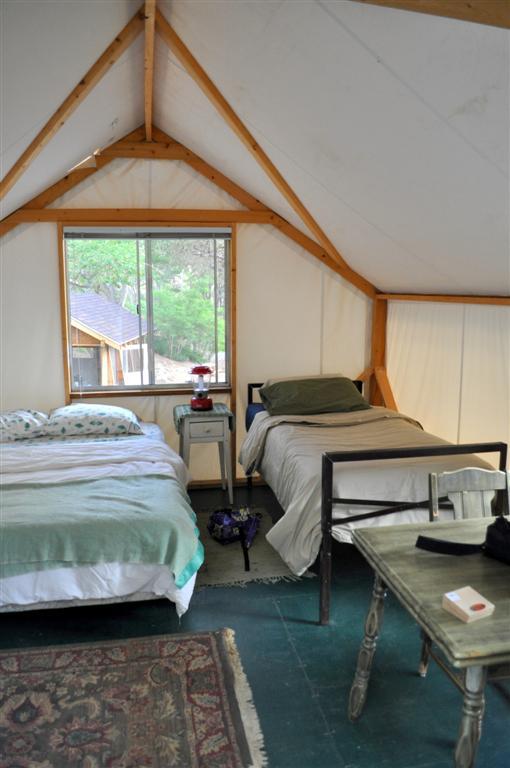 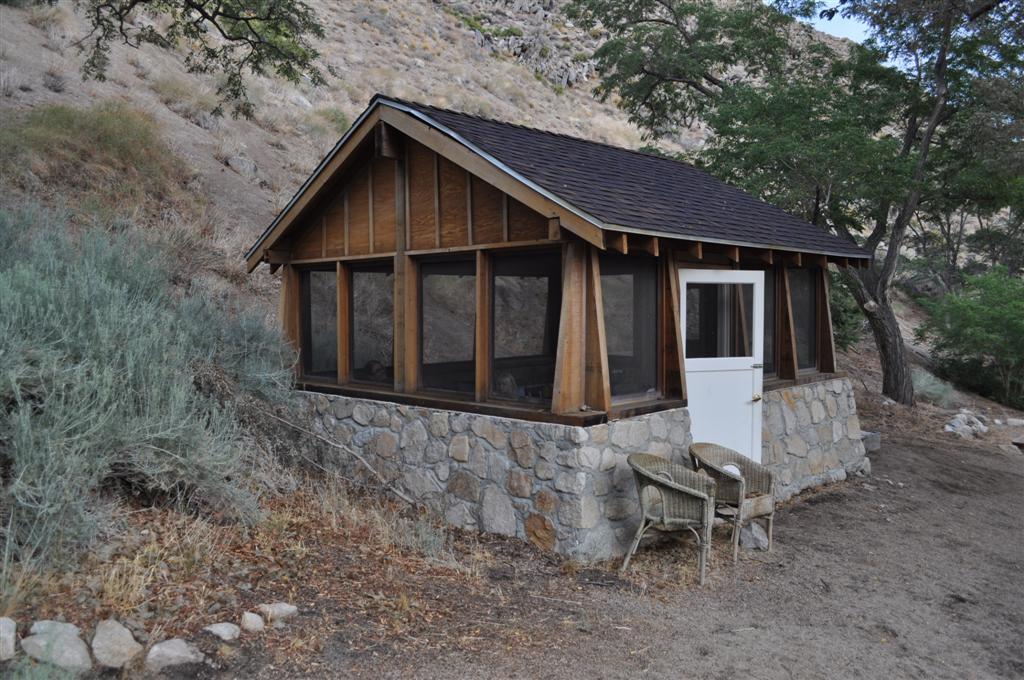 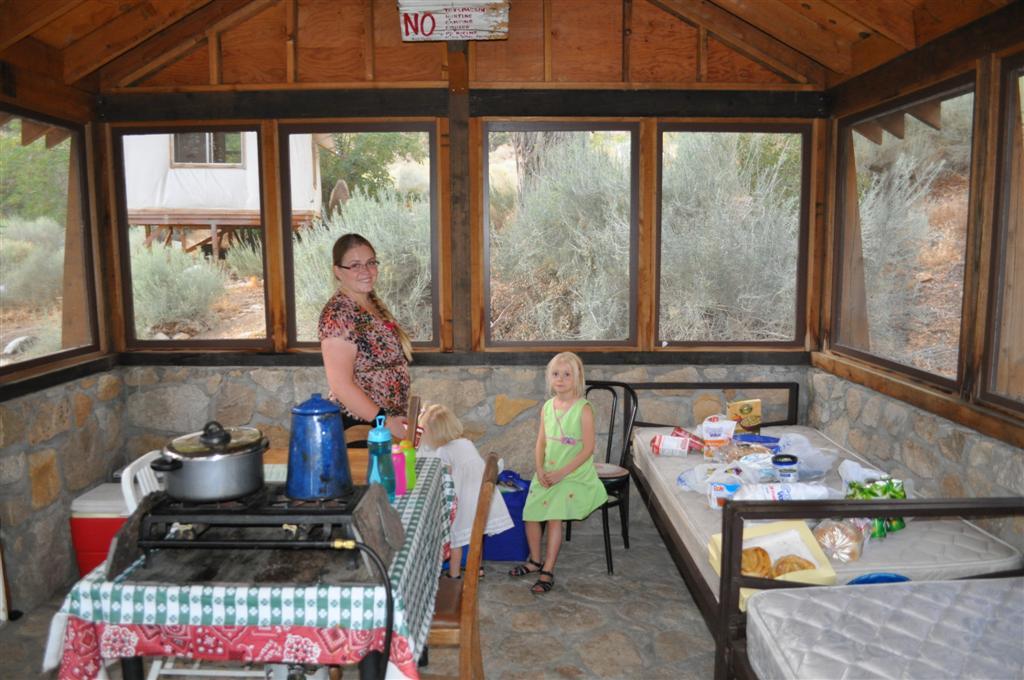 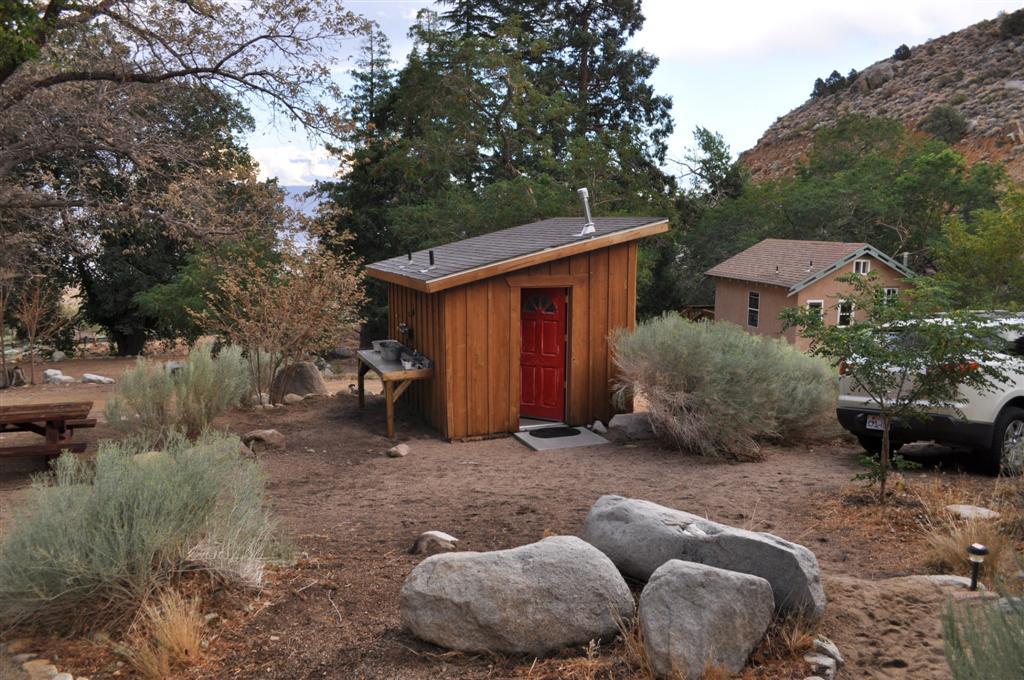 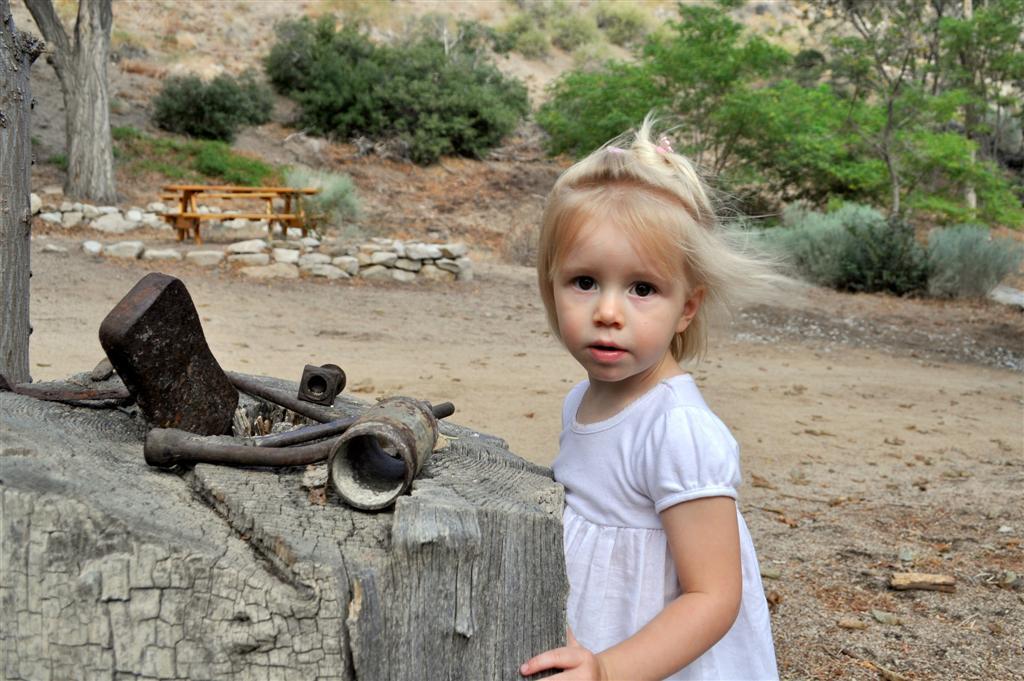 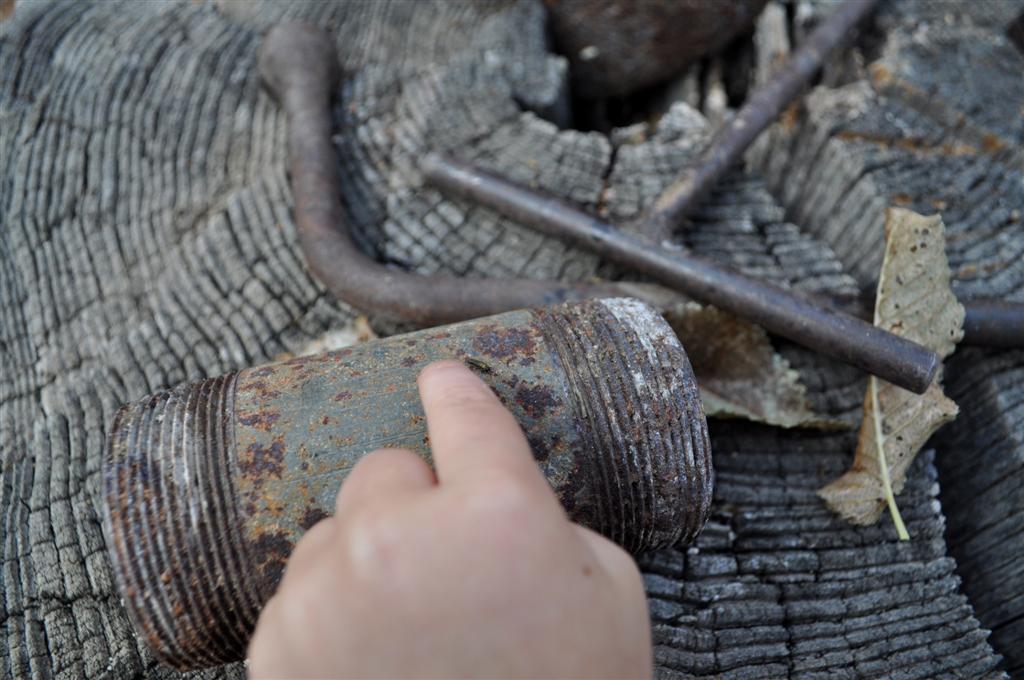 The next morning we were on the road again, this time on our way to Mono Lake and Yosemite National Park, but we did make time to stop and clamber around some rocks in the Alabama Hills. Ben and the kids didn’t take long to disappear behind the rocks, and I enjoyed the time to take some photos of the rocks, lichens and wildflowers there. 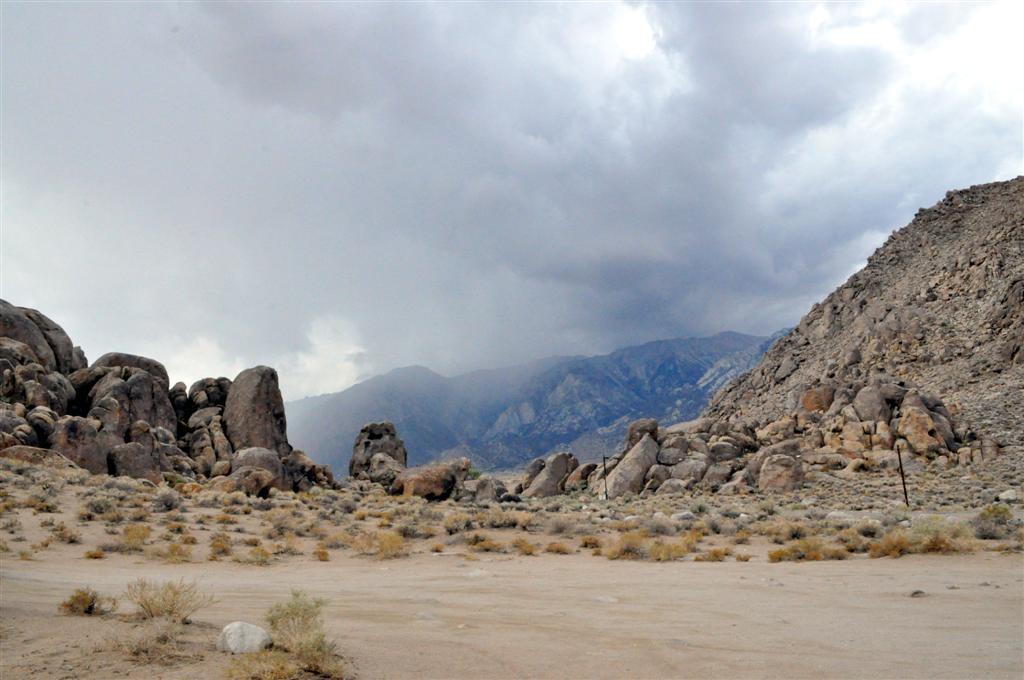 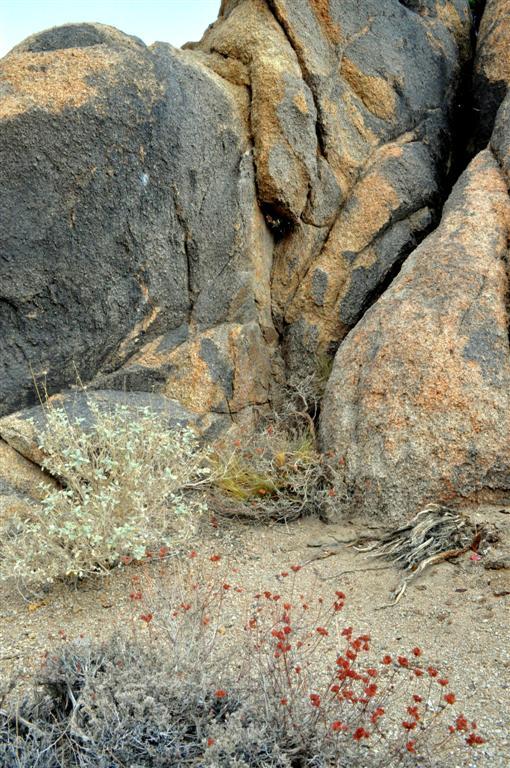 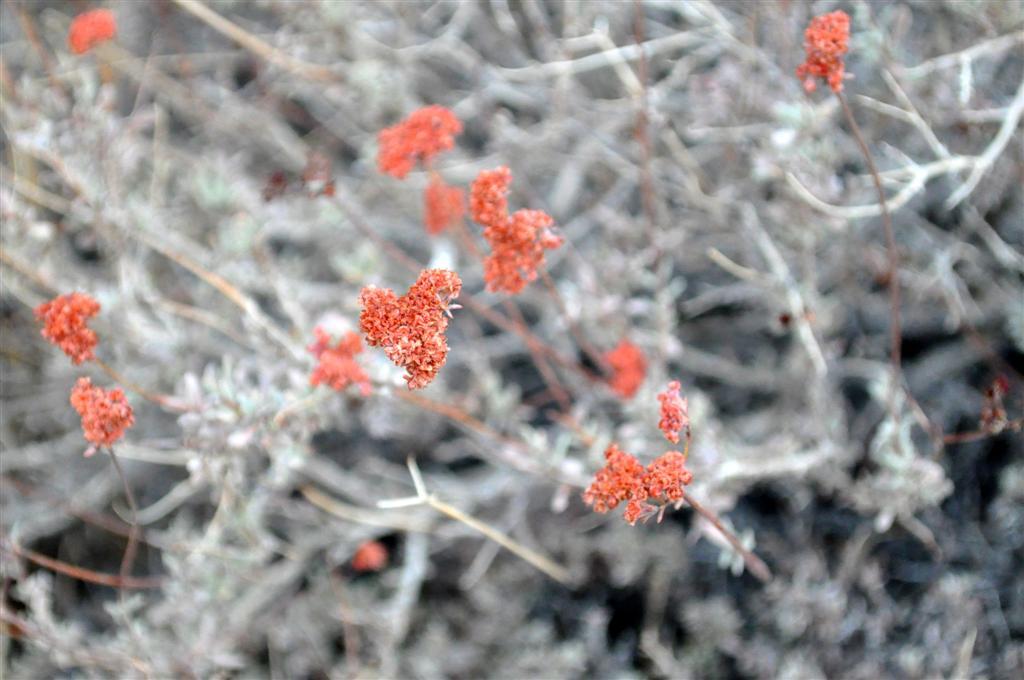 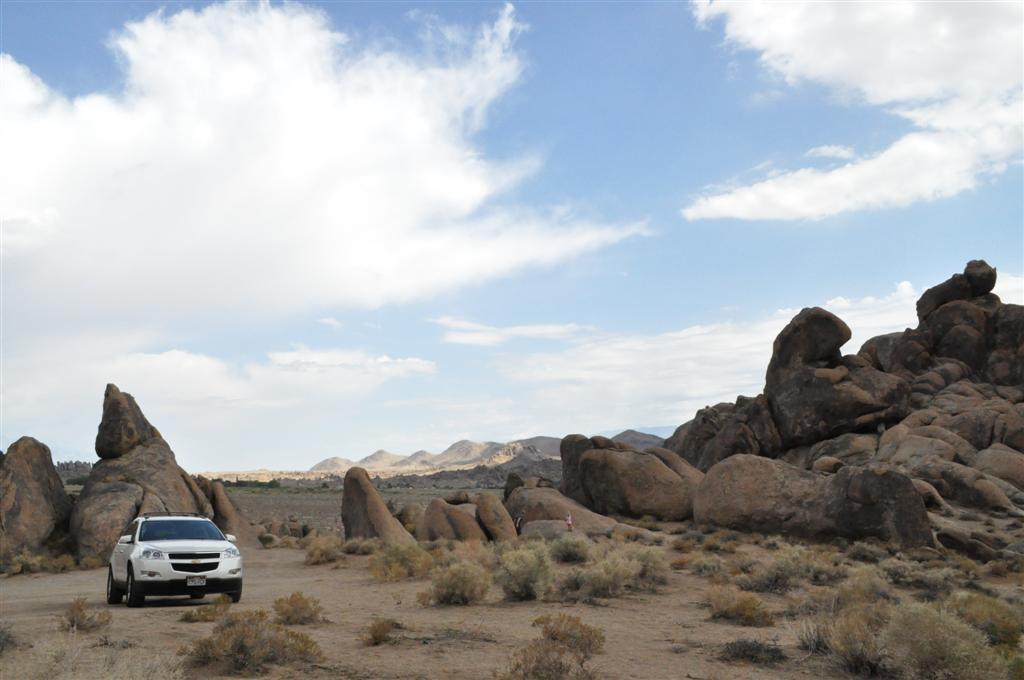 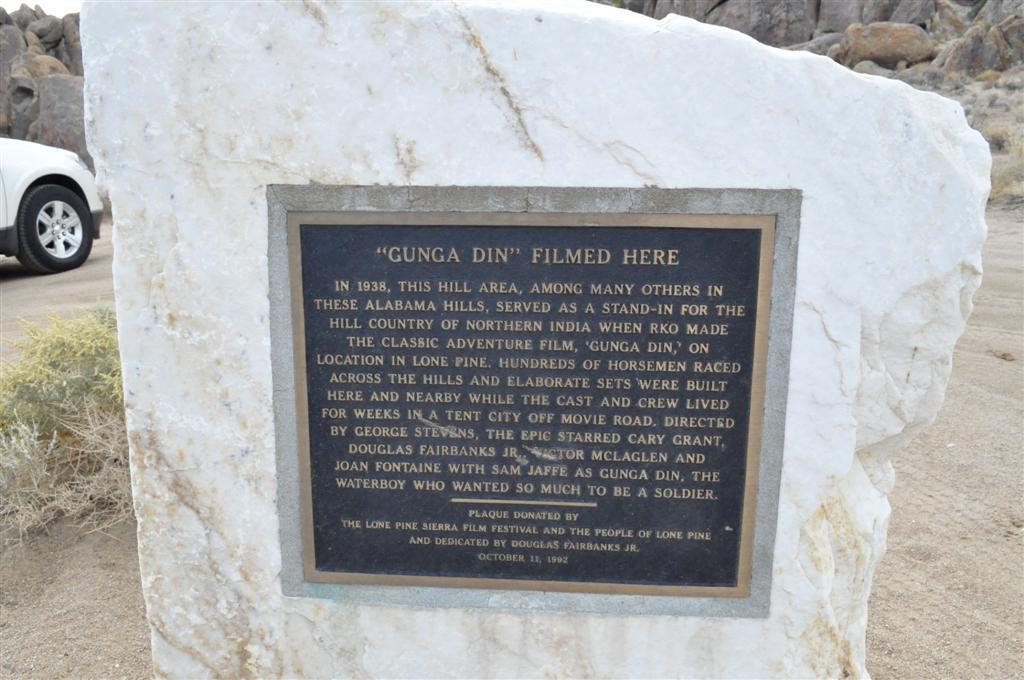 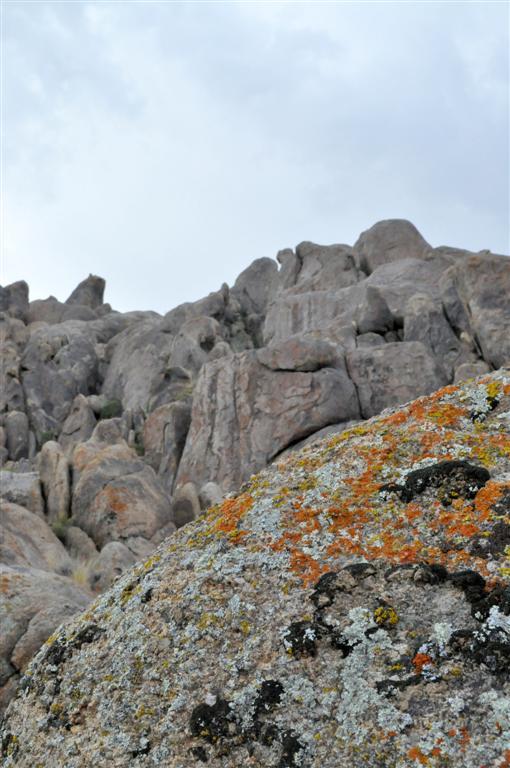 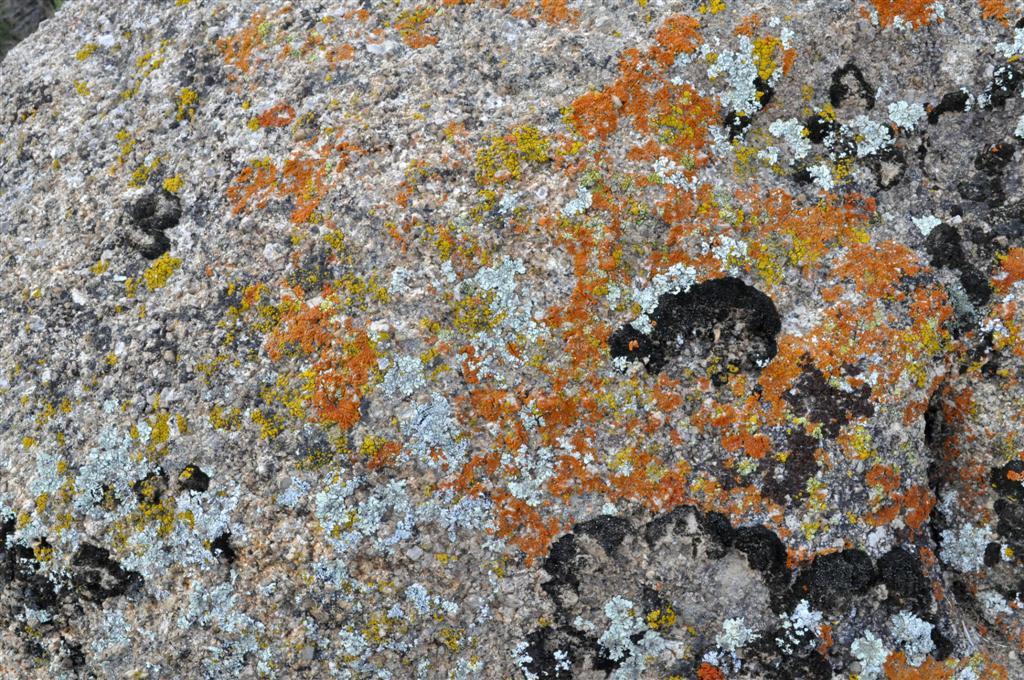 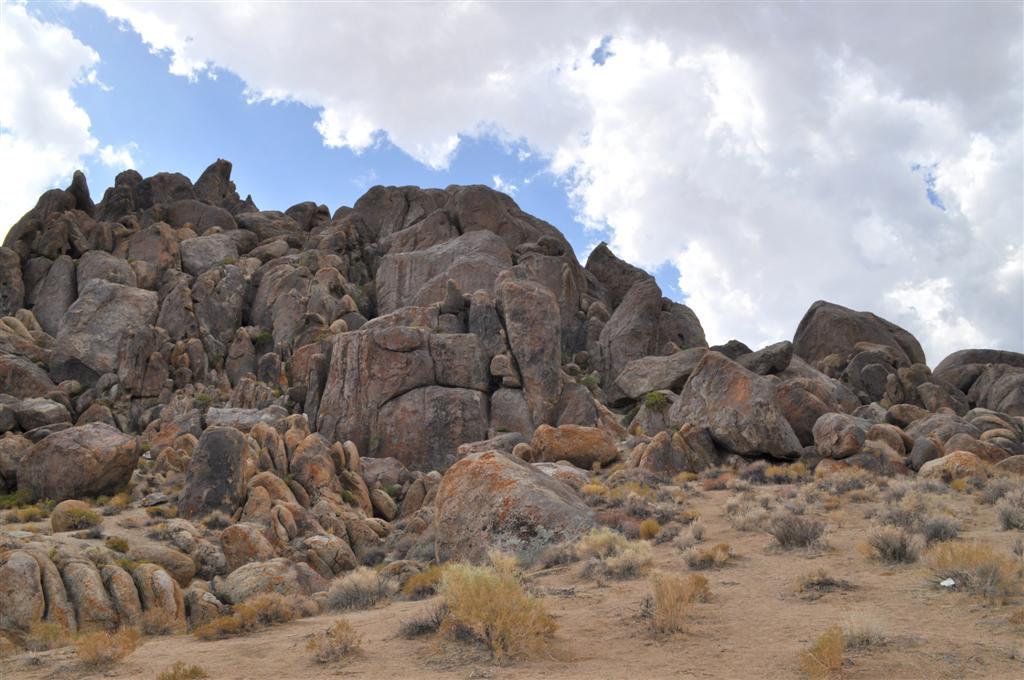 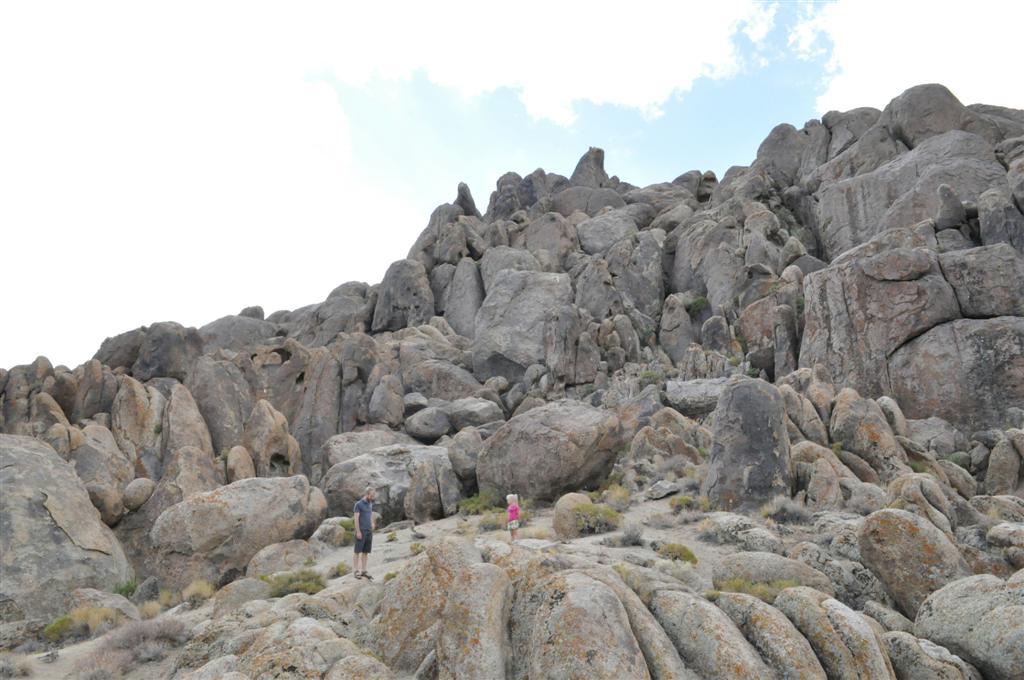 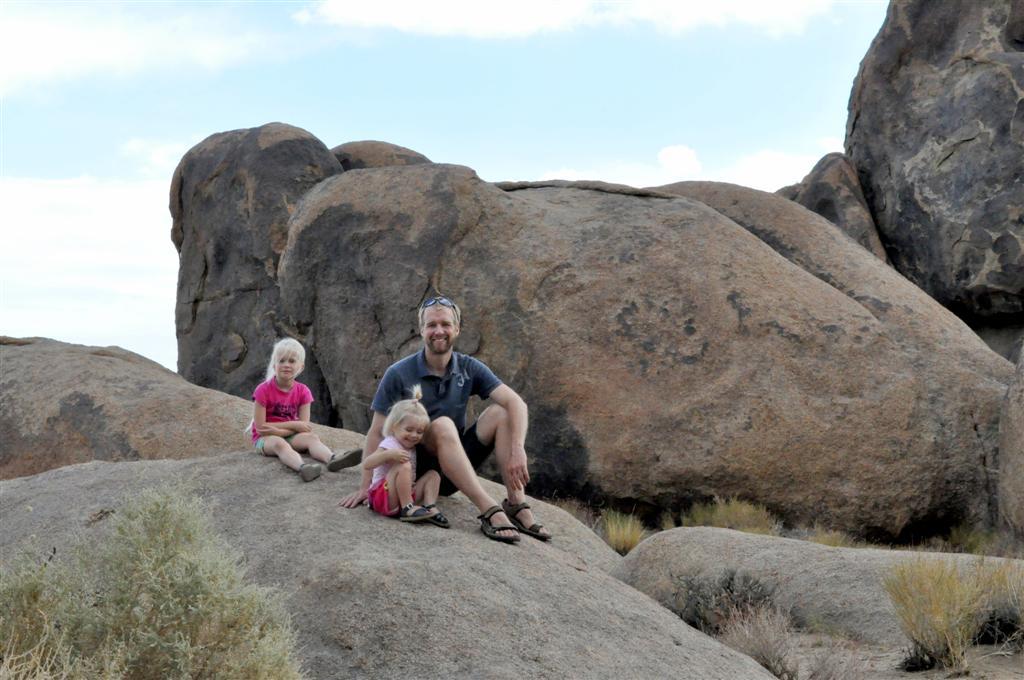 Wow, Death Valley looks really …. deathly! And at 49 degrees, small wonder! I don’t think we saw anything quite so devoid of greenery.

Beautiful photos, especially the one of Esther! Looks like a fascinating place to visit. Did you have multiple little cabins at your disposal that night?

Only one for sleeping in, the others were the bathroom (with the sink outside for washing up dishes) and the little kitchen.

I have to give credit to Ben for that photo of Esther — I was cooking dinner one the gas burners while he took some nice photos of the kids.