The Aliens are back in the Apple

After two long, but pretty good flights, we’re back in New York. If you told me a year ago that I’d be here now, I would have laughed and said, “Yeah, right!” But here we are after a few whirlwind weeks of getting ready to move.

We got to the airport in Auckland with heaps of time to spare because we picked up our immigration papers from the Consulate first. Yes, we cut it that fine! We were glad we were there early, because it took us two hours to get all checked in — those new little check-yourself-in booths are great if you’re flying by yourself with no extra bags, but they’re just not designed for flying with a family with extra luggage and car seats and other such paraphernalia!

The girls did so well on the flights — the two older ones slept 10 hours on the 12 hour flight! We managed to get a bassinet for Laurelin, which meant she could sleep in that while Ben and I tried to get a little sleep too. The cross-country flight from LA to NYC was, as usual, the harder of the two, but at least this time we flew with Virgin, so it was a little nicer than with AA or United.

We went through about 6 months of pressure regarding the girls’ and my green cards which we had been told both by an immigration lawyer at TripAdvisor and by the Consulate in Auckland had to be re-applied for. We did all that, with no time to spare, but thankfully it all worked out. Only to get to border control in LAX and for them to tell us that we sure went about it the hard and long (and expensive!) way, and that we could have come into the country on our expired green cards. The guy said, “We would have given you a bit of a lecture, but of course we would have let you in!” <sigh> It was just one of those moments where you close your eyes, breathe deeply, and laugh. Otherwise you might cry!

Since we’ve arrived on Friday we’ve been staying with our pastor’s family in Brooklyn. They are just all so lovely and very hospitable! It’s been a lot nicer to come this time and know people here. We got to catch up with quite a few people at church on Sunday, which was nice too. Though I was reminded how transient an inner city church can be — lots of people have left, lots of new people have joined.

This week we move into our temporary apartment where we hope to be for a month while we look for a longer-term place. This process can be exhausting because what you see online is often quite a different story in practice. But we’ll get there, I’m sure. :-) I’ve already scheduled a bunch of viewings for Saturday and next week, and I’m hoping we don’t have to look for too long!

We have also got a car! We got a silver Toyota Sienna on a 3-year lease. We thought a lease would be a good way to go for various reasons, so we now drive a brand new car. We have never had a new car, so we don’t quite know what’s hit us. It has 47 miles on the clock — it’s that new! Wow.

Ben started work today and is excited to get into the work here. He’s pretty glad he doesn’t have to work remotely with so many skype calls anymore!

Much to the girls’ delight, it snowed today. Though just a dusting, much to their disappointment (and the delight of all commuters!). Still, they made the most of it before it all melted away and had some fun in it. 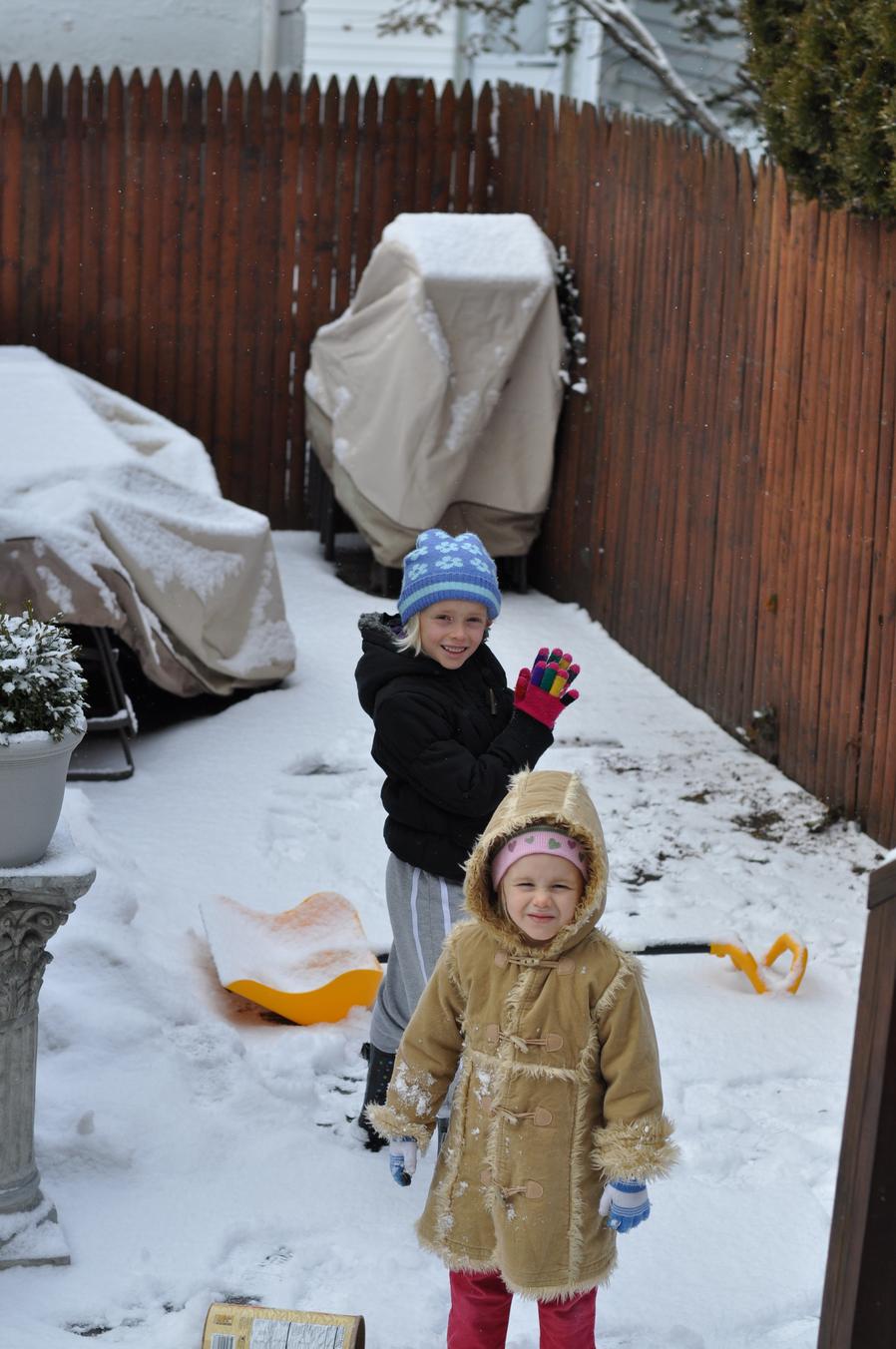 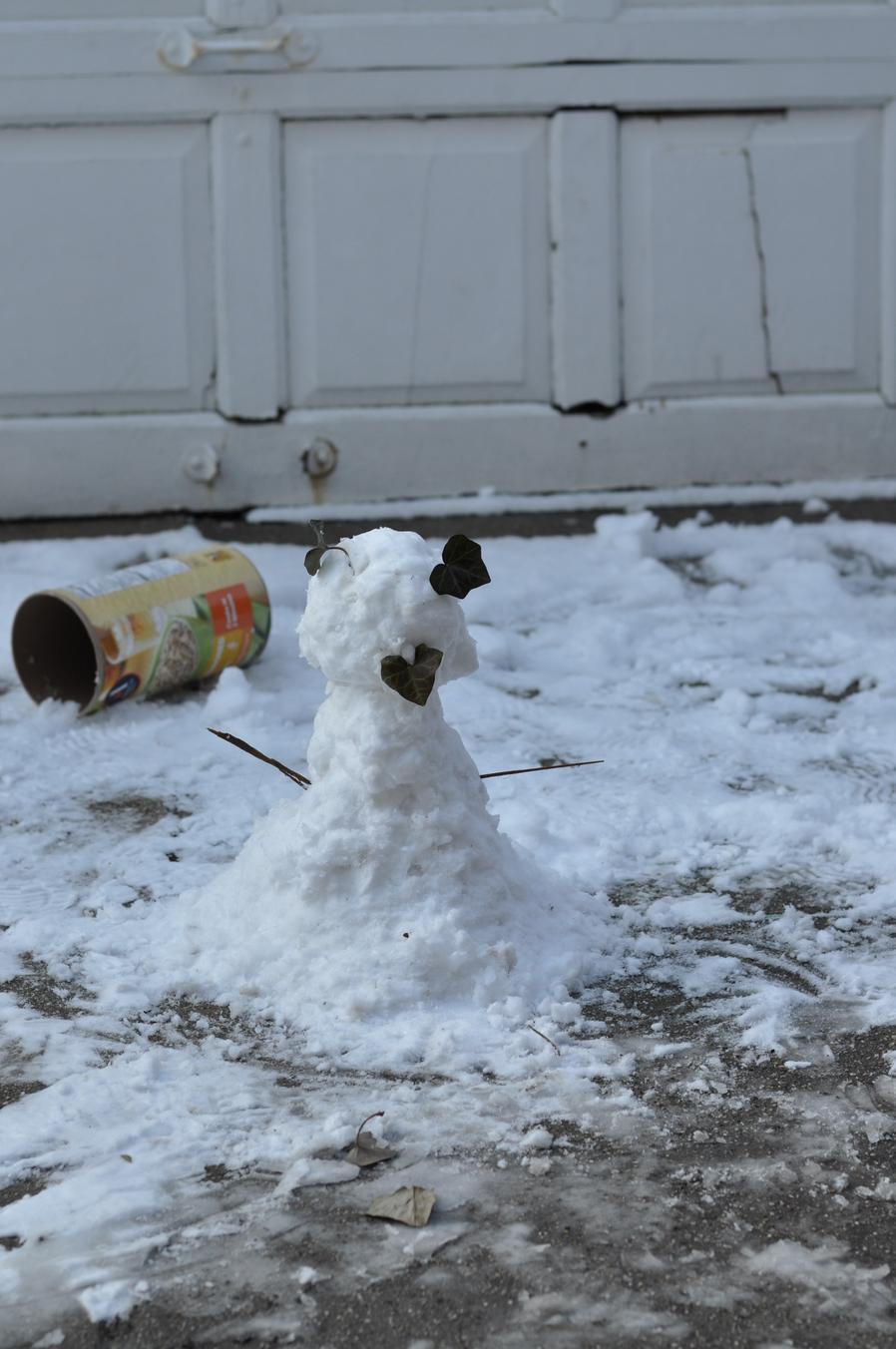 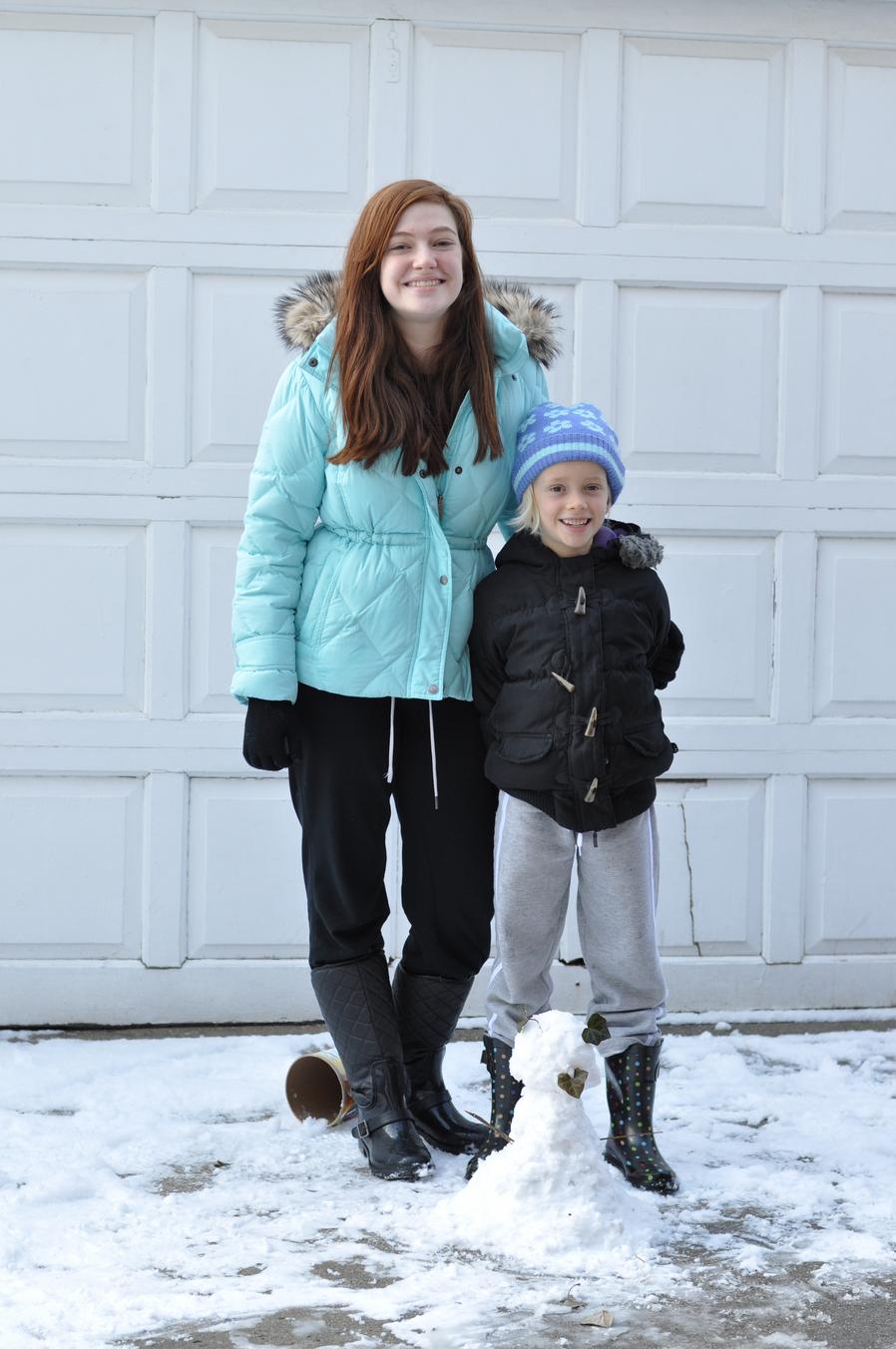 Okay, this is probably long enough. Will update more when there’s more to tell!

Good to hear from you!! OH DEAR, about the green cards. I’m glad you could laugh.