For instance, the light switches are the other way around than in NZ - up is on and down is off. I still get confused. :-)

And kind of weird, but the toilets here are always half-full of water! 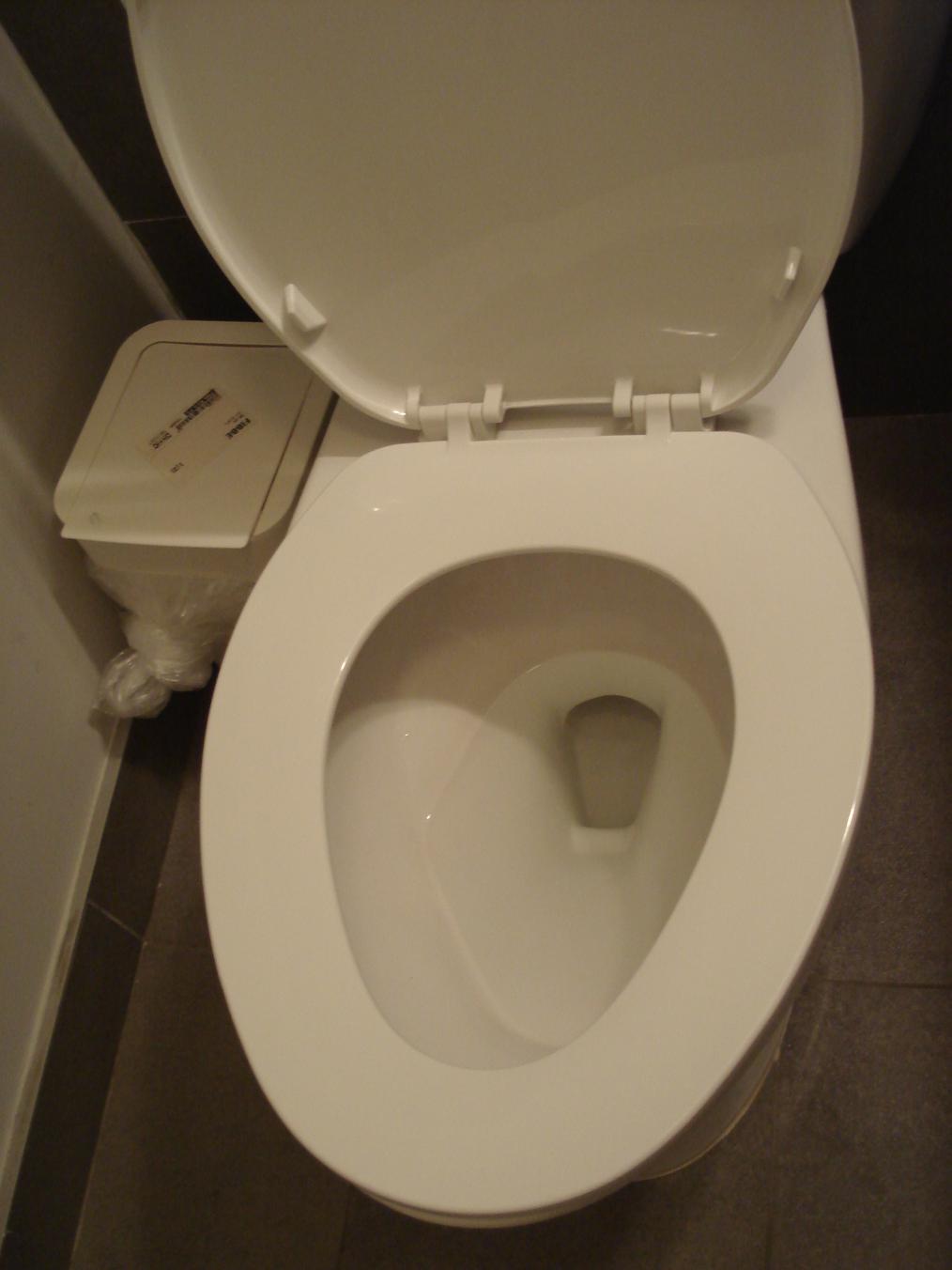 We’ve seen a few of these ads around, and while it’s funny, it’s pretty tragic. (sorry about the bad quality of the picture) 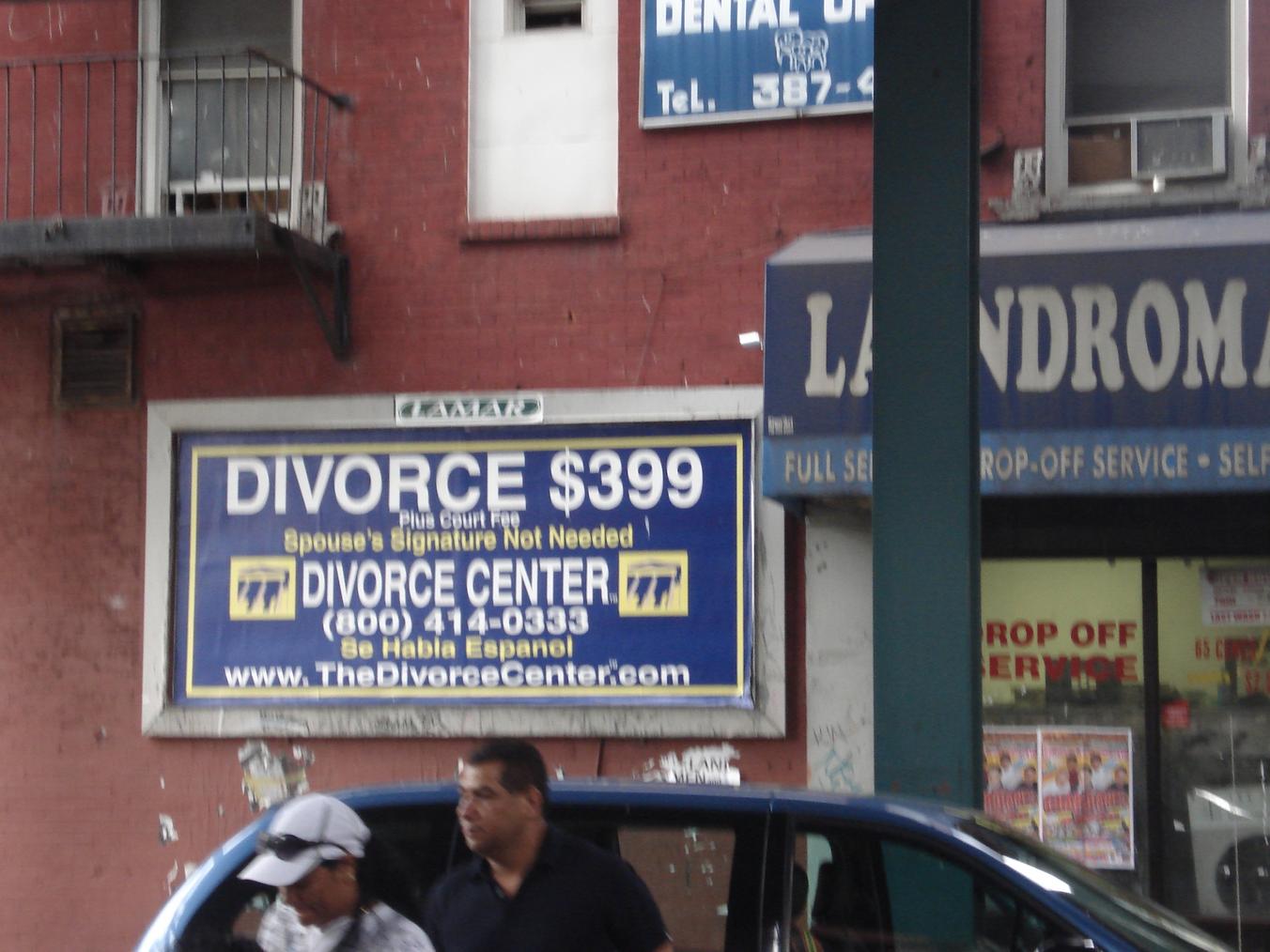 In an empty lot near here someone has had a bit of fun: 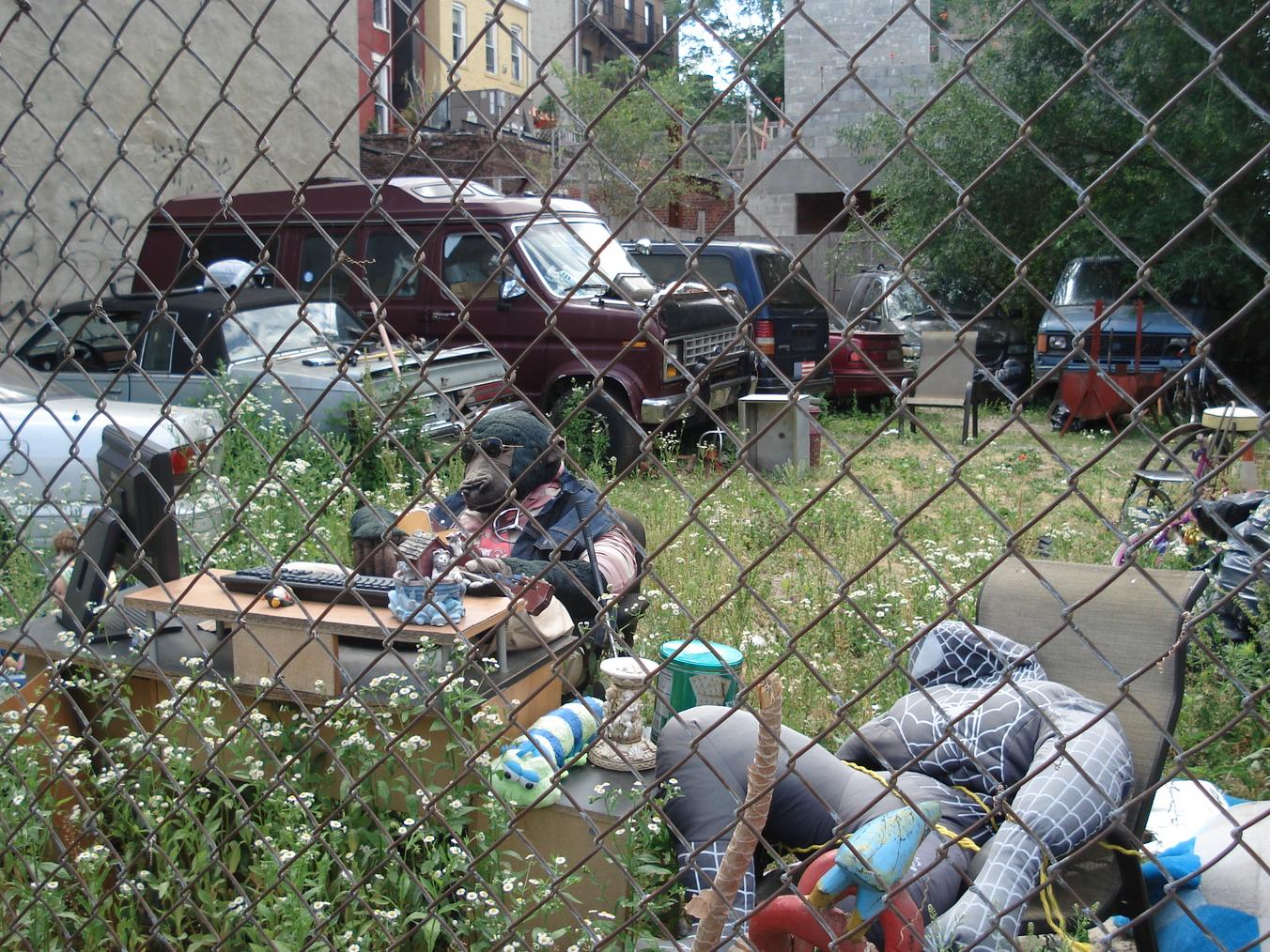 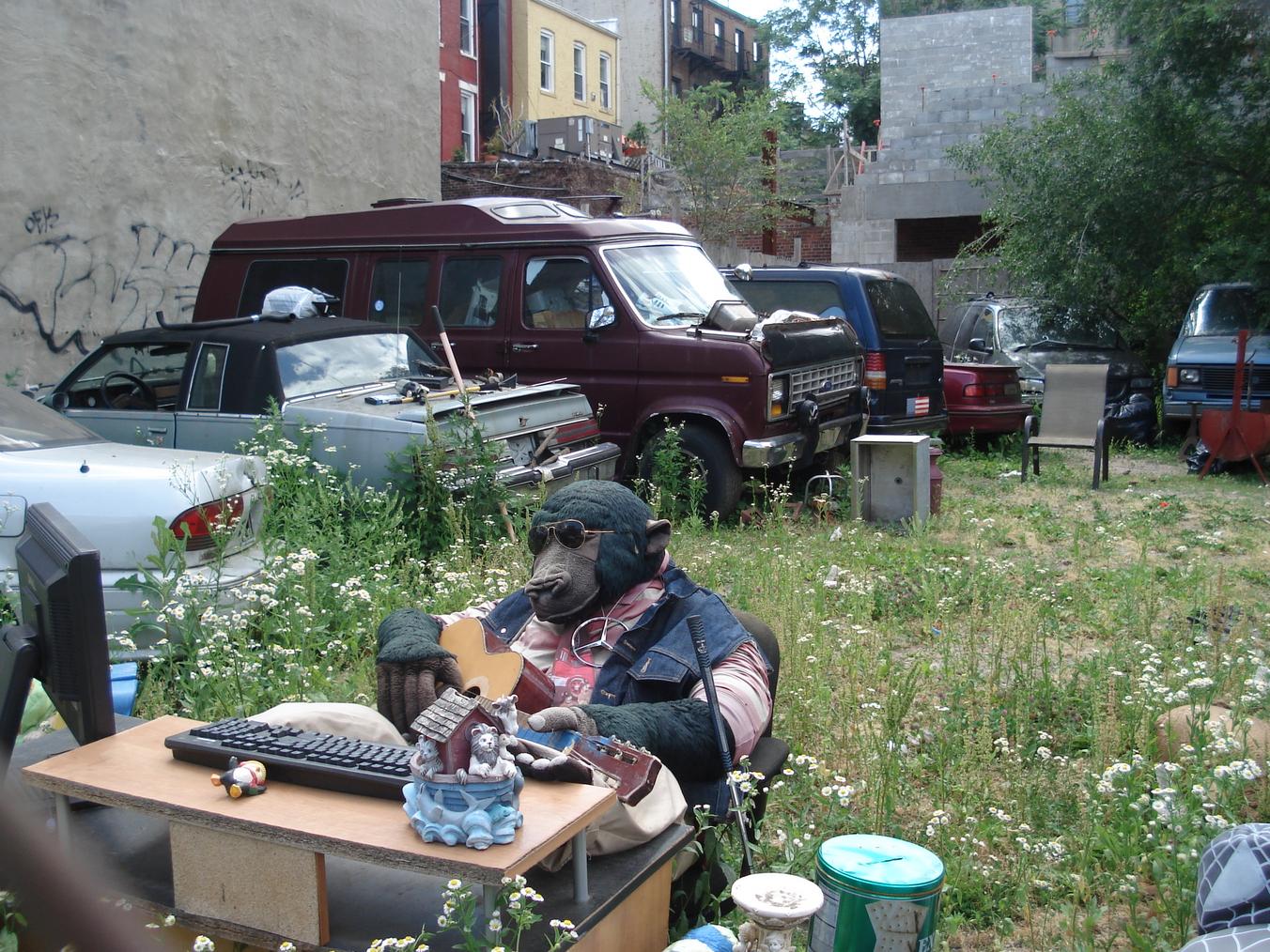 Something that has perplexed me is that people keep dogs in apartments here. I don’t know who to feel more sorry for - the owners or the dogs. However, if you are in the position that your pet needs transportation, you can always use this service: 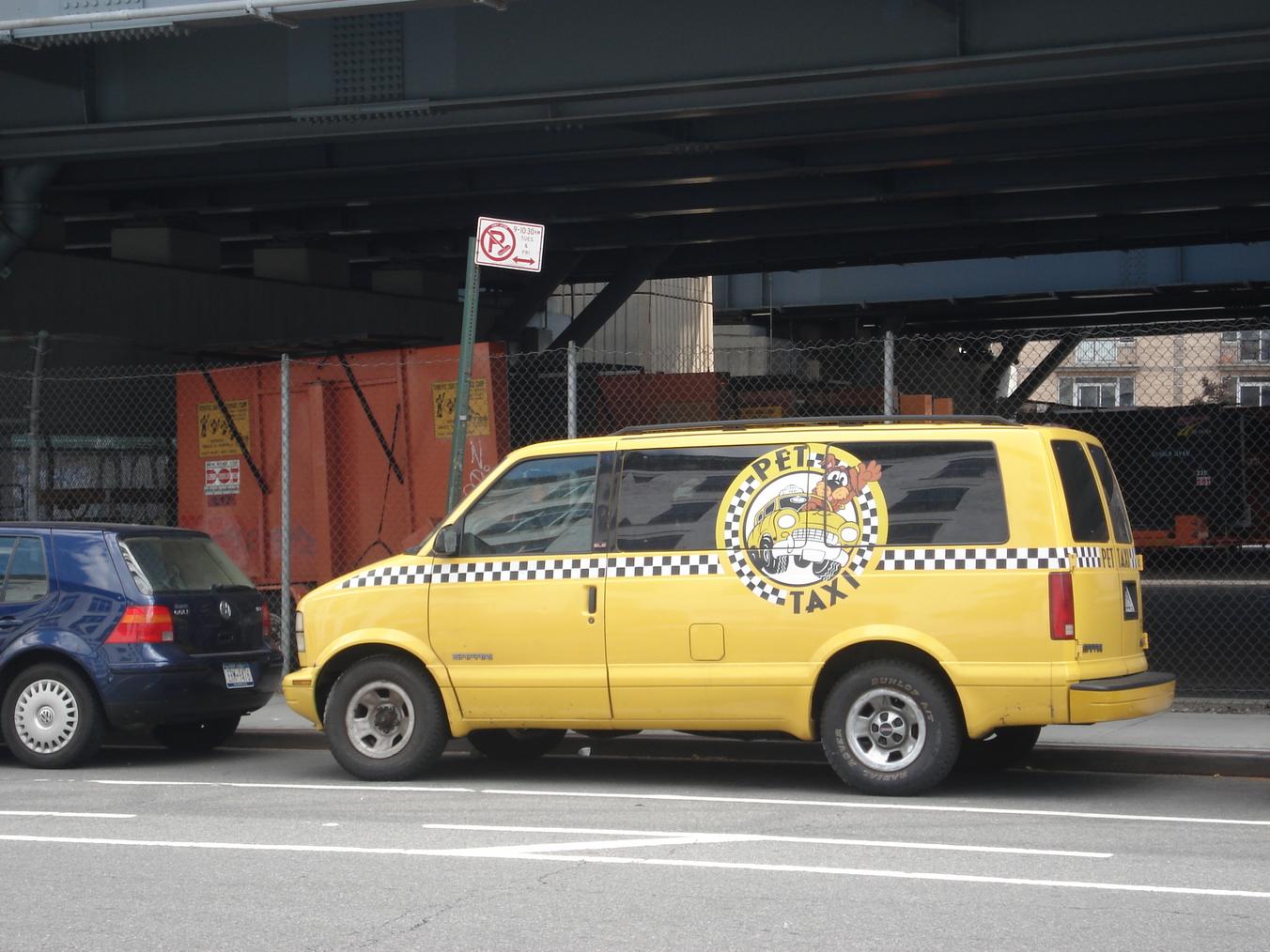 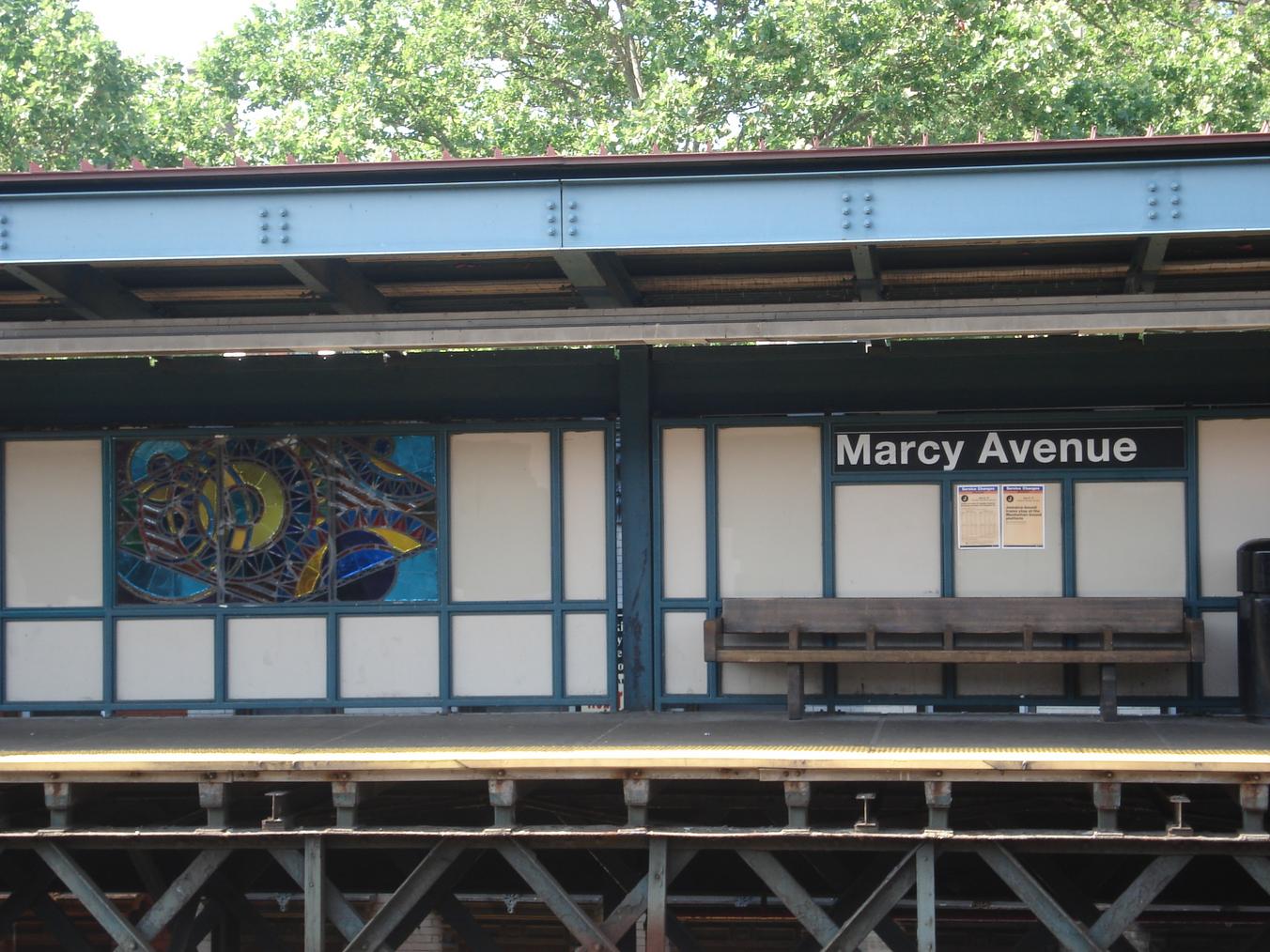 Another really strange thing is that our nails seem to grow about twice as fast here than back home. It was just last week that I clipped 60 nails, and I have to do it again this week. At home we only have to do fortnightly clipping. :-)

Quirky things aside, yesterday was a pretty nice day. I met up with Christel Smallman, a friend of Ben’s Banek cousins at Prospect Park. She answered about a billion of my questions while Marica and her 3-year old daughter played. It was so nice for Marica to play with a friend for the first time in 2 weeks. I caught the bus (well, 2 buses) to Prospect Park, which was my first experience on the buses here. Not a bad experience —it certainly takes a longer time than the subways, but it feels more kid-friendly. We met up at Grand Army Plaza, which is pretty impressive: 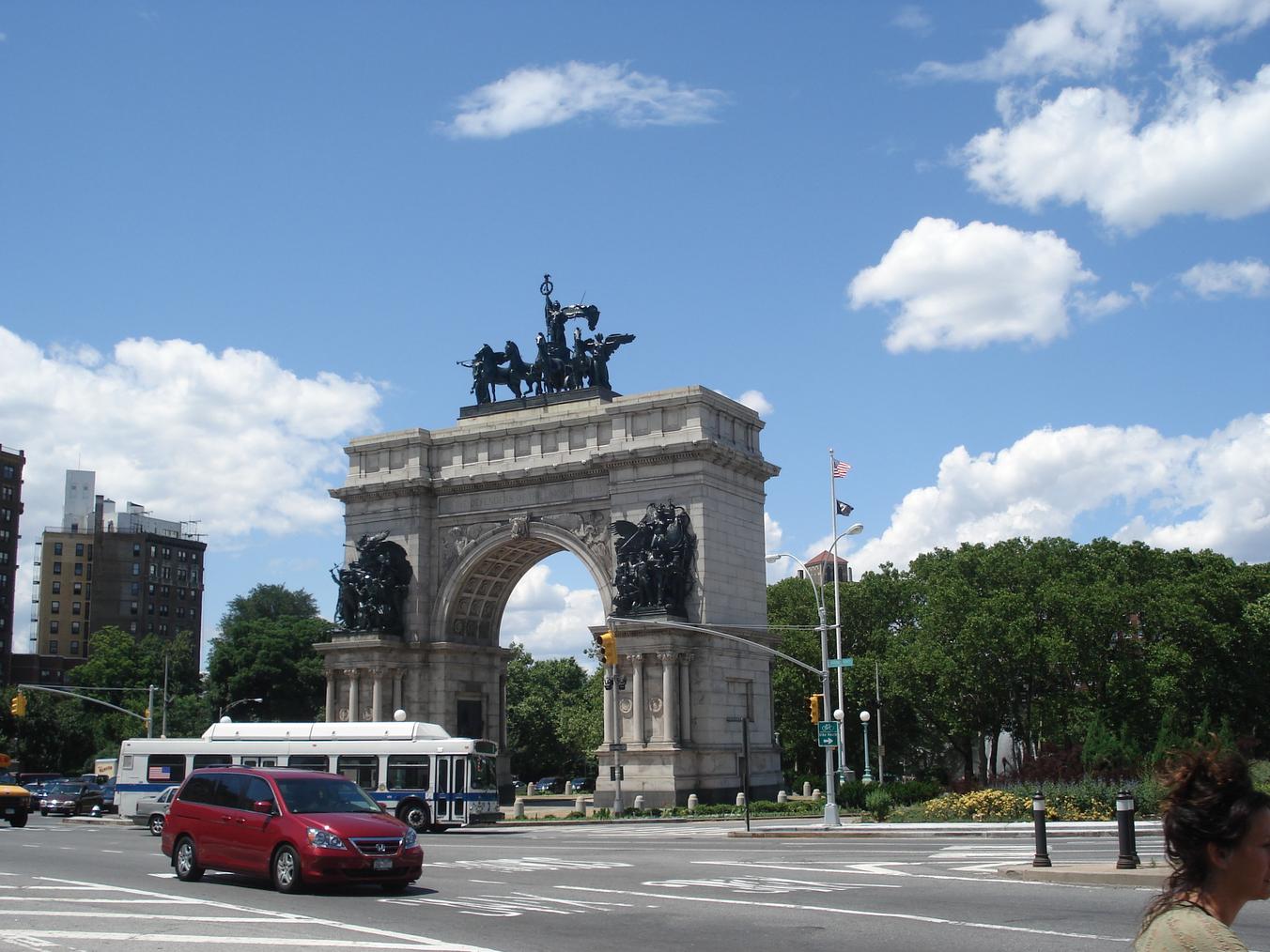 After the park we headed over to the Brooklyn Public Library. It’s designed in such a way that it’s supposed to look like an open book from above. 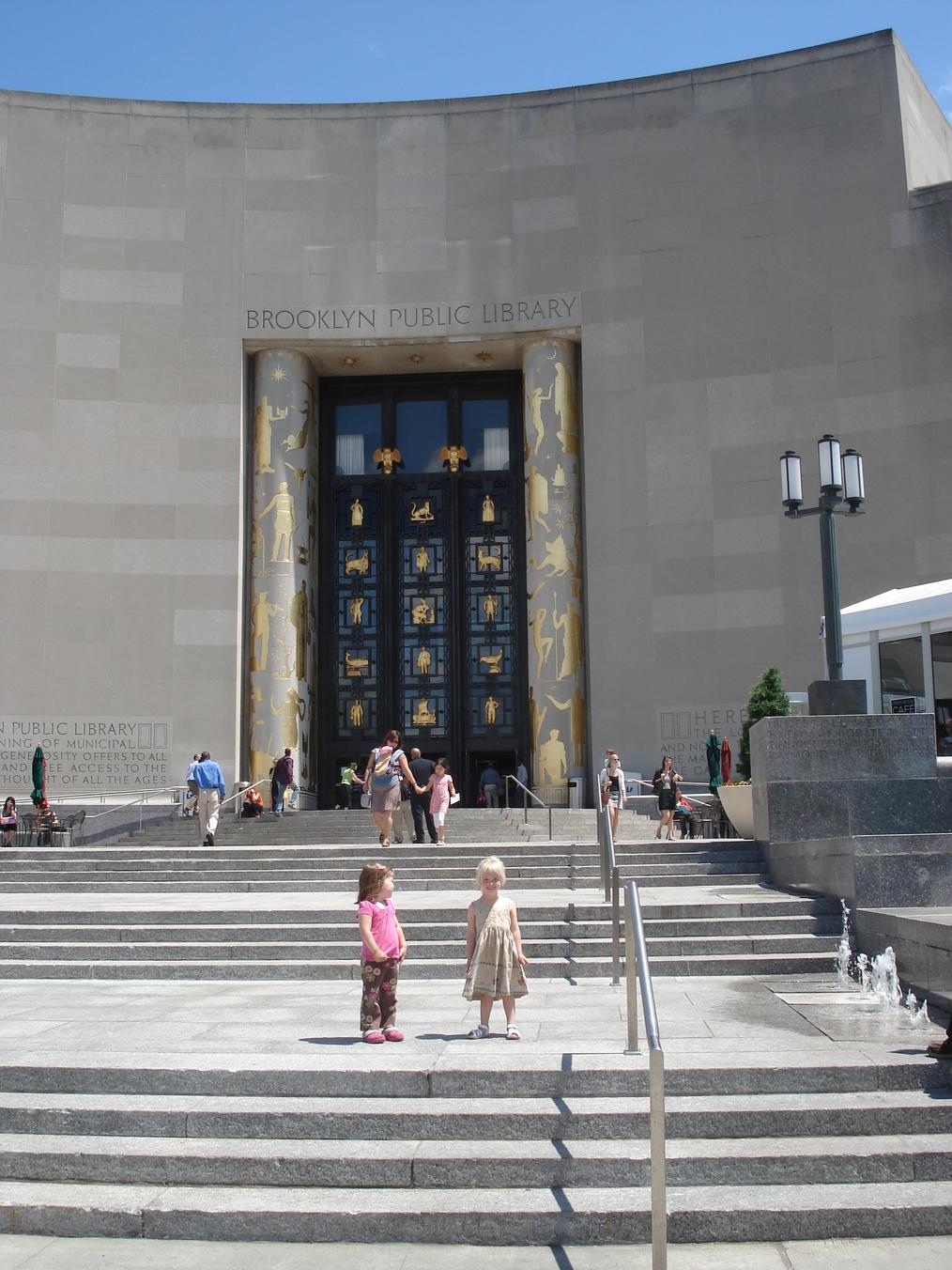 After that I headed over to the Botanic Gardens with the Marica and Esther, and we saw only a tiny bit of it (we were already pretty tired by this time). 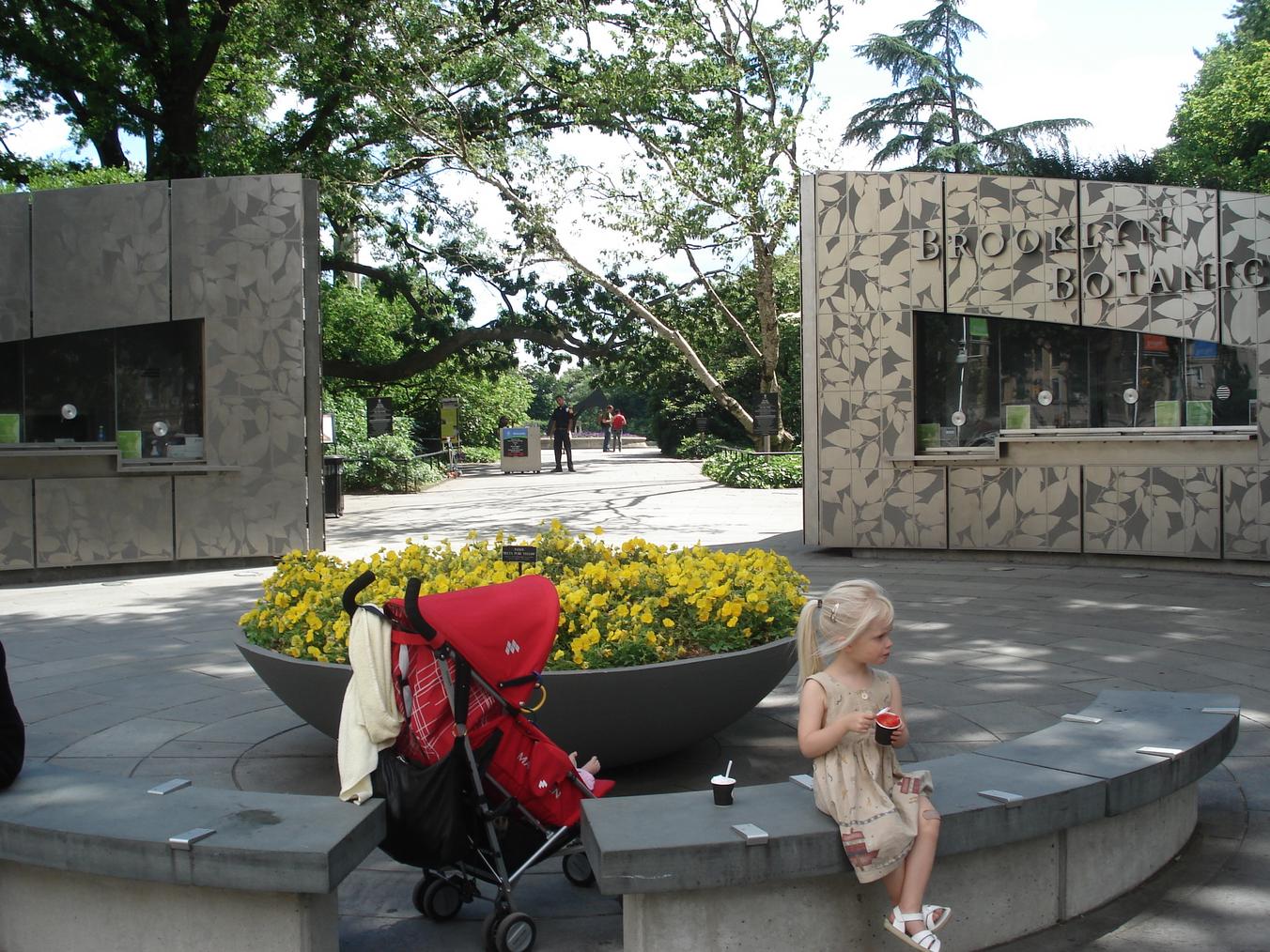 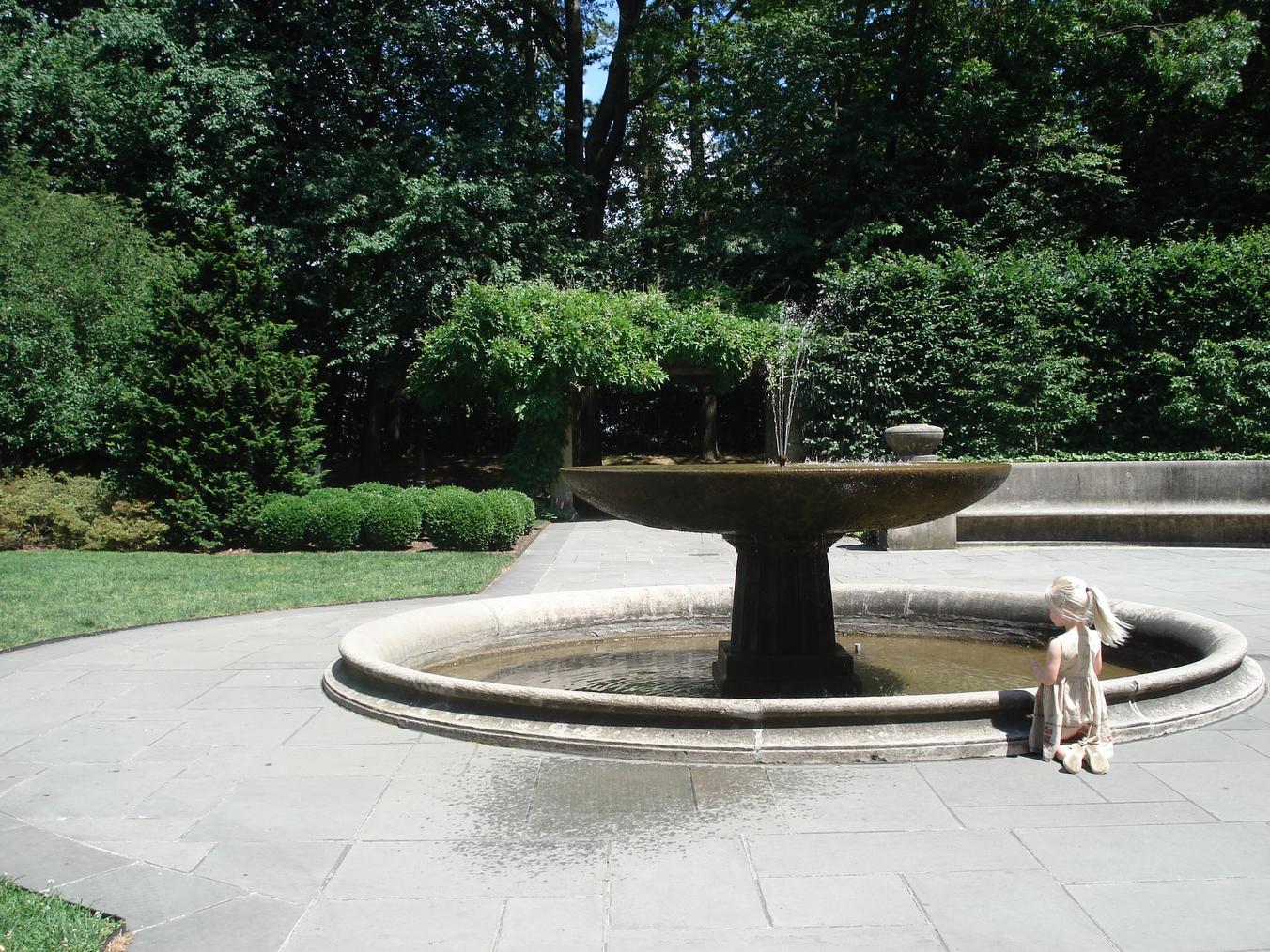 Apartment hunting is back to square one. We didn’t realise that if you see a place you like, you should take it on the spot. You certainly don’t leave it till Monday if you saw it on Saturday. :-) So, we’re still looking.

Some of you asked about the URC (United Reformed Church) we attended in Manhattan on Sunday. The subway ride there was a bit of a mission, but once we were there it was good! The morning service was at 11am, then followed by lunch and an afternoon service at 3pm which we stayed for. Met a whole bunch of friendly people. The worship service is very much what we’re used to, and they use the blue Psalter Hymnal too, so we could sing along heartily. In fact, Marica sang along so well she produced many happy smiles in the church. The church itself was quite small (maybe 80 or so people) and only 1 other family with younger children that we know of. However, I don’t think that will prevent us from attending - we’re mostly deciding where to go based on where we end up living (granted the preaching is solid!). This coming Sunday we hope to go back to Park Slope Presbyterian (which we attended on our first Sunday here) to get more of an idea what it’s like there.

Thanks to all who have been sending us updates of how you’re doing. We really appreciate it!

That toilet doesn’t look nearly so full as the ones I remember. Try a picture of another one!

I like the new look! Dawn in New York!! Full of new beginnings :o)

Re the quirky stuff - you been caught out by their dates yet?! Their metrics’ll put your head in a spin at times too I’m guessing.

Hey, thanks for the cool pic :D

BTW. met with your Mum - start on Monday …

Usually light switches are up for on and down for off. I get caught off guard by the backwards ones, too. So don’t give up hope of having a normal one! :) BTW, I talked to a woman at work yesterday…the one who’s from Long Island…and her family who’s still in the area said Park Slope would be a great place to live.