The city that never sleeps

I can’t believe we’ve only been in NYC for 4 nights — it feels much longer. I’m sure that this is because we haven’t exactly slept very well. Jet lag aside, we’ve had some interesting night-time sound experiences. The first 3 nights we were here we were in that small 6th floor apartment I’ve already told you about. Down that road live lots of Hispanic people that seemingly don’t need to sleep. There’s one whom we’re particularly fond of. Let’s call him Pedro. Dear Pedro loves beeping his horn. He has a cool horn. It’s an air horn. Not just any air horn — it’s the loudest air horn in the universe. And Pedro likes to blast his air horn at 4 am. He goes up and down, up and down the street. Pedro’s friends party on that street until it starts getting light. And then, at 8am, it’s really quiet on 3rd Street.

Well, now for the rest of the month we’re in a new apartment building. This apartment is comfortable, large, it has air conditioning and the building has an elevator. We’re happy. But the night-time sound experiences continue. Marica and Esther make their share of interesting noises until about 3am, when we’re all so tired out from all the fun we’ve been having that we decide it’s probably time to catch some sleep. The yapping dog in apartment 5E usually turns in for the night at about this time too, but then it’s a bit hard because of the motorway and the train tracks across the road. I’m pretty positive that we’ll get used to it soon though. And people assure us that it’s quieter where we’re planning to settle in Brooklyn. :-)

Marica had a bit of a hard night on Friday night struggling to sleep, and when Ben and I got breakfast ready in the morning we noticed it got quiet. I looked for Marica and couldn’t find her, and my first reaction was panic. See, for some inexplicable reason, NYC has these tall apartment buildings that has windows that open to almost a square meter. With NO rails or anything in front of it. I have a sick feeling every time I see one and Marica near it. Anyway, my first reaction was to see if any windows were open. No. In either of the bedrooms? No. In the bathroom? No. Where can a 3-year-old go in a tiny 2-bedroom apartment?! Here: 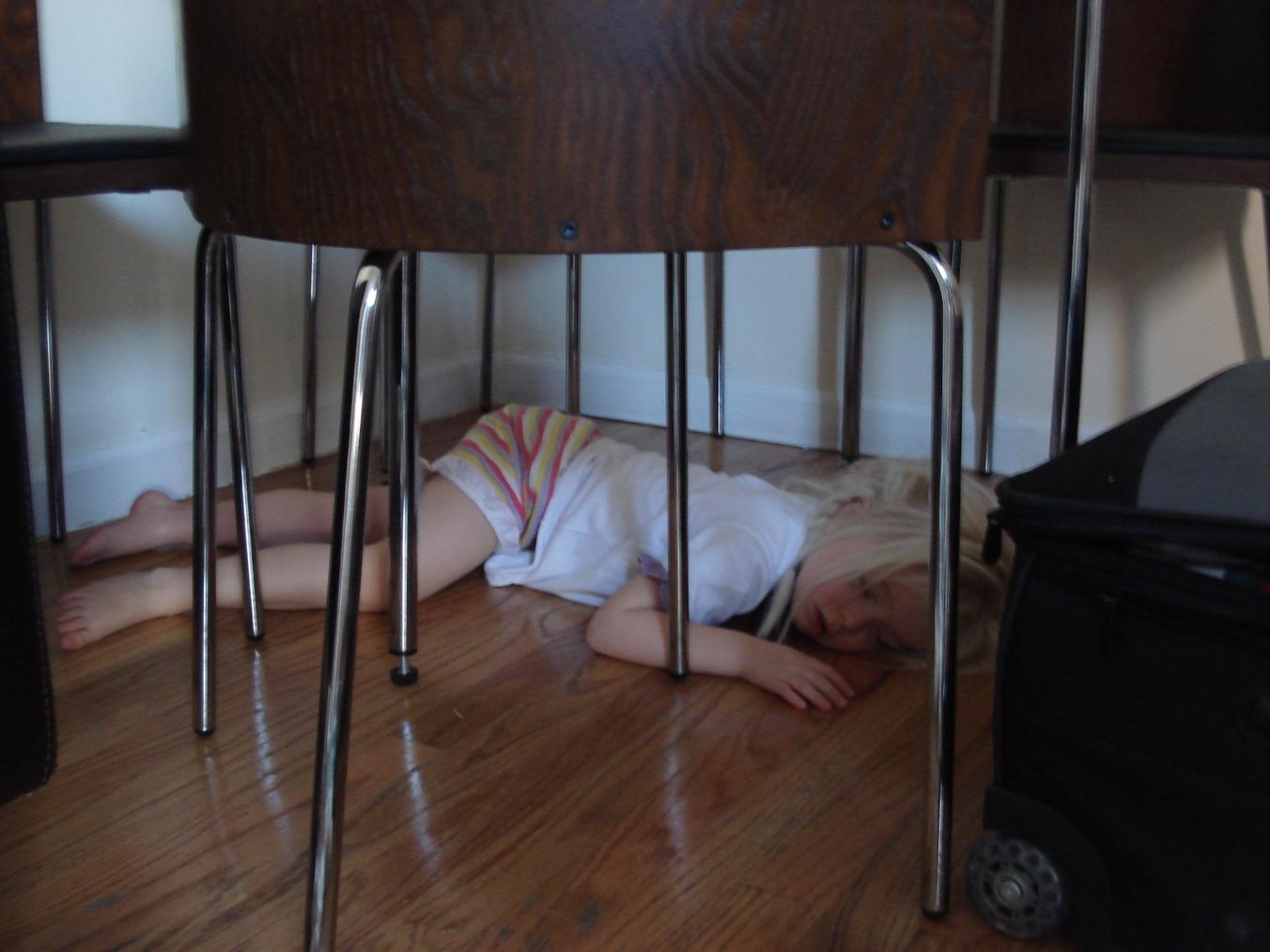 The last couple of days have been totally filled with looking around and experiencing this amazing city. We’ve visited Union Square again and had a nice picnic of bagels. There’s a great children’s playground there where Marica had a ball of a time while I had a look around the Saturday market. There was all sorts of fresh fruit and vegies, meats, eggs and milk off the farm, fresh bread, etc. Right up my alley!

We’ve now bought a stroller and a dummy/pacifier/soother and both have already had lots of use. Navigating the subways is quite difficult with a stroller — not so much on the subway, but getting down the stairs and through the pay gates is difficult. Fine with 2 adults, but I think I’ll try and get familiar with the bus system soon, which is a lot more stroller and kid-friendly.

The subways are quite an experience in and of themselves. Some stations are pretty with nice tiling and lettering, and relatively clean, others are pretty grotty. In the last 4 days I’ve seen more variety in buskers than probably ever before. They usually do music (though I’ve seen break-dancing as well) and we’ve heard Chinese, African, Spanish, Country and countless other kinds of buskers. Sometimes they’ll busk on the actual train which is no small feat because the trains are very shaky and it’s quite a challenge to keep your footing even if you’re holding on to something!

The subway is also quite a great place for people watching. Man, you get all sorts here. Flash ladies right through to people who look like they’re homeless. People who talk (and sing!) to themselves, people who sleep, people who study, people who beg, people who do what’s best done behind closed doors. It’s interesting and fun and never, ever dull!

We’ve done quite a bit of walking around Brooklyn in Park Slope, the neighbourhood we’re keen to live in, over the last 2 days. It’s a bit pricier, but it is very family friendly and near to a beautiful (and large) park. When you start out renting in New York you usually have to pay one month’s security deposit (bond), one month’s rent in advance, and if you get your place through an agent, 12% on the annual rent. That hurts. So we’re looking on Craigslist to find a place that won’t have the agent’s fee. This should help quite a lot seeing that we’ll be paying around $2000 per mont\h. We knew it’d be expensive, but it all adds up.

We went to Park Slope Presbyterian Church today which we heard about through friends of Ben’s Banek cousins. We were encouraged by the great number of families with young children there and we weren’t put off by the teaching. We’ll go a few more times to see if this is for us. Next week we hope to attend the United Reformed Church in Manhattan which the Kloostermans told us about.

I think that brings you up to date with happenings around here for now! :-) I’ll head for bed, and hopefully the yapper in 5E does the same soon too!

I’ll leave you with some nice pictures of Central Park. 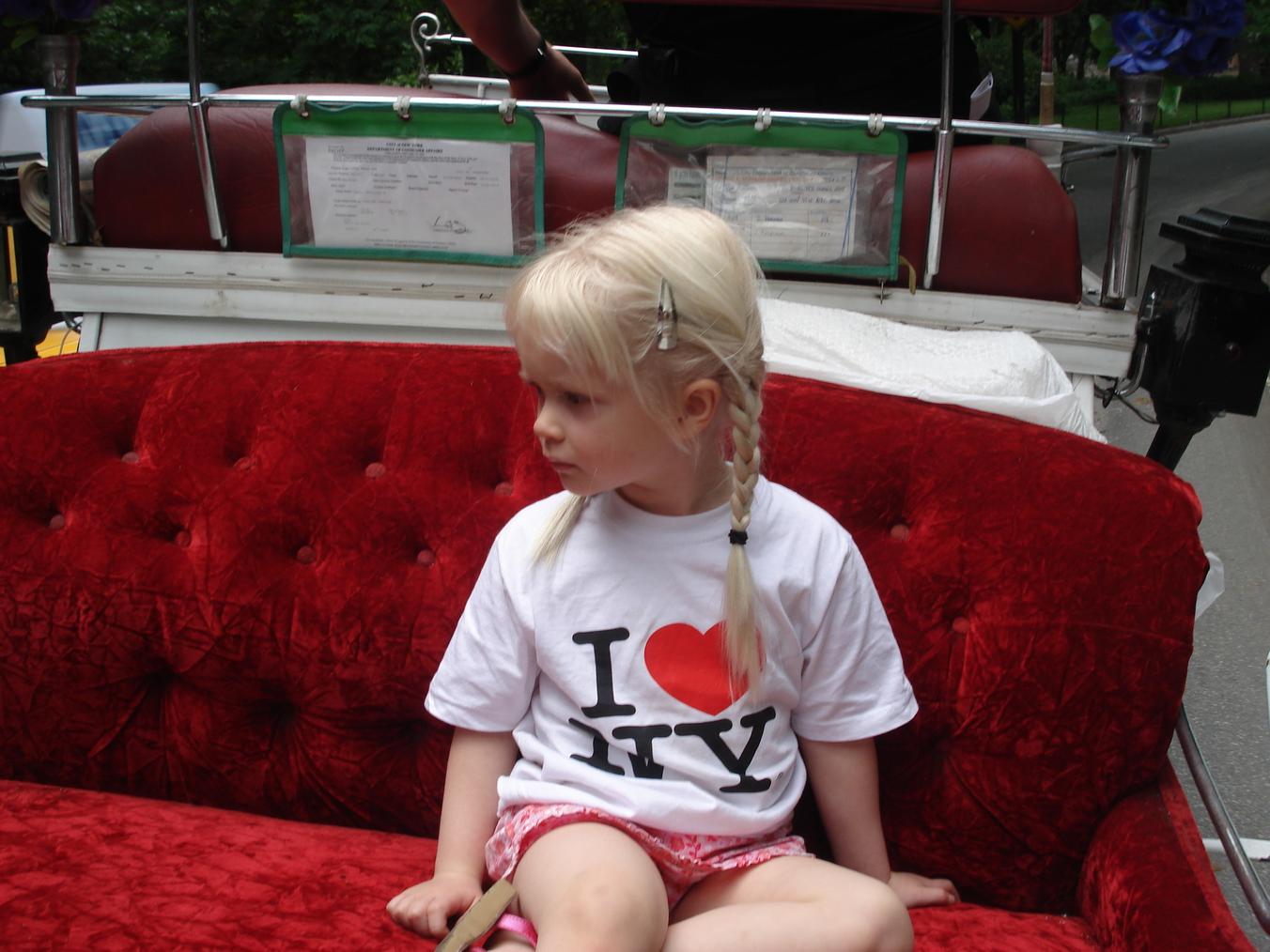 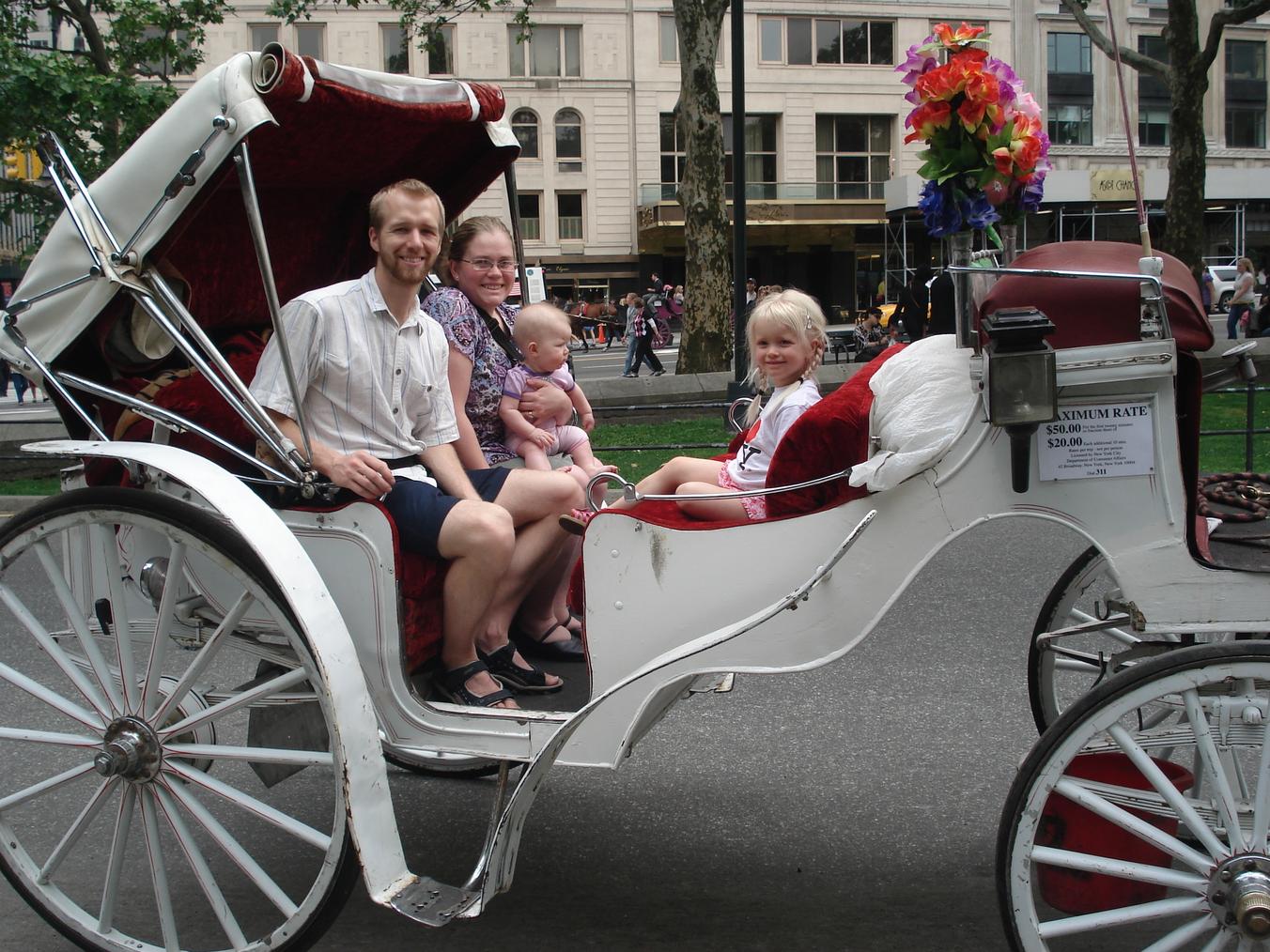 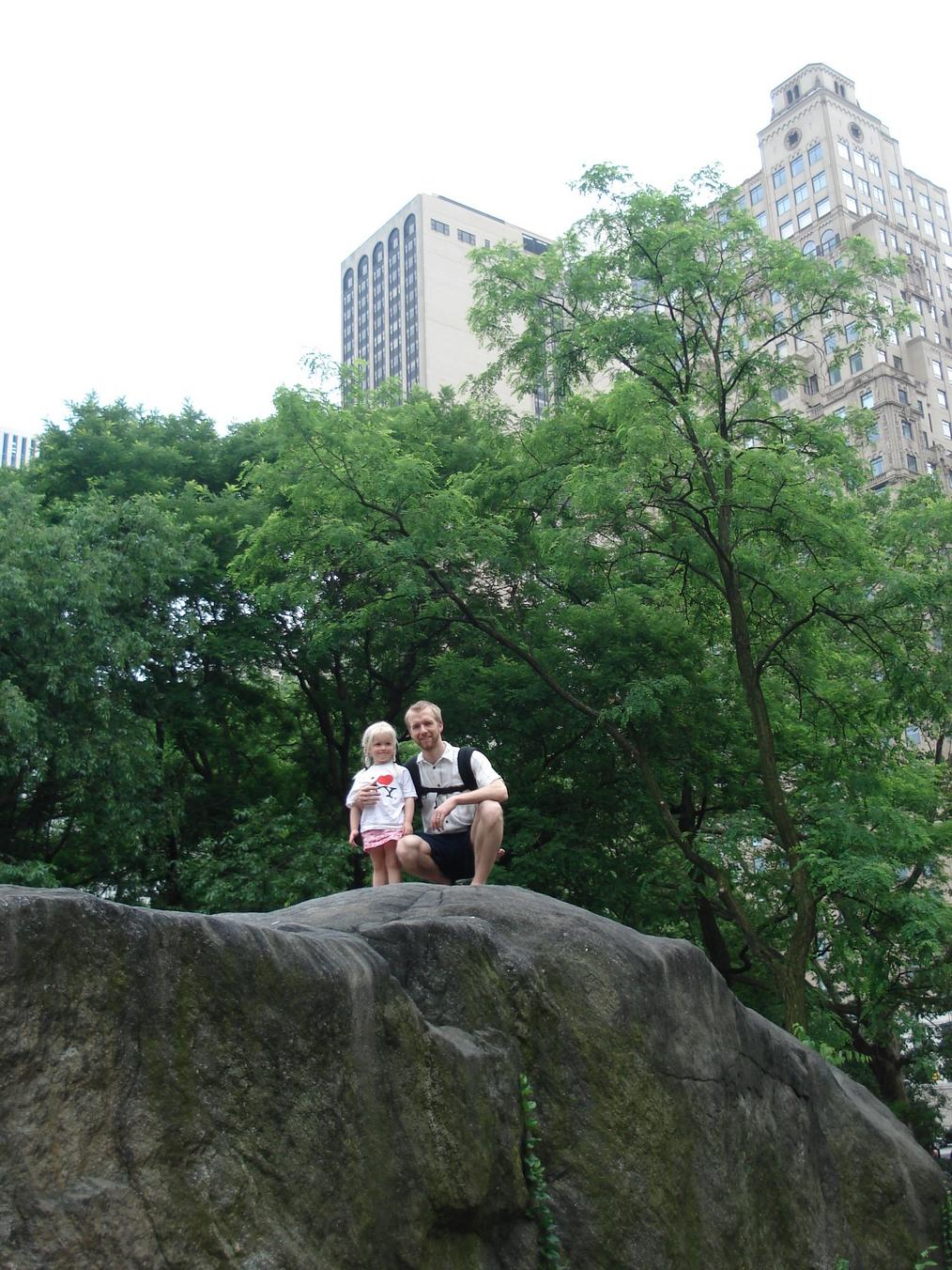 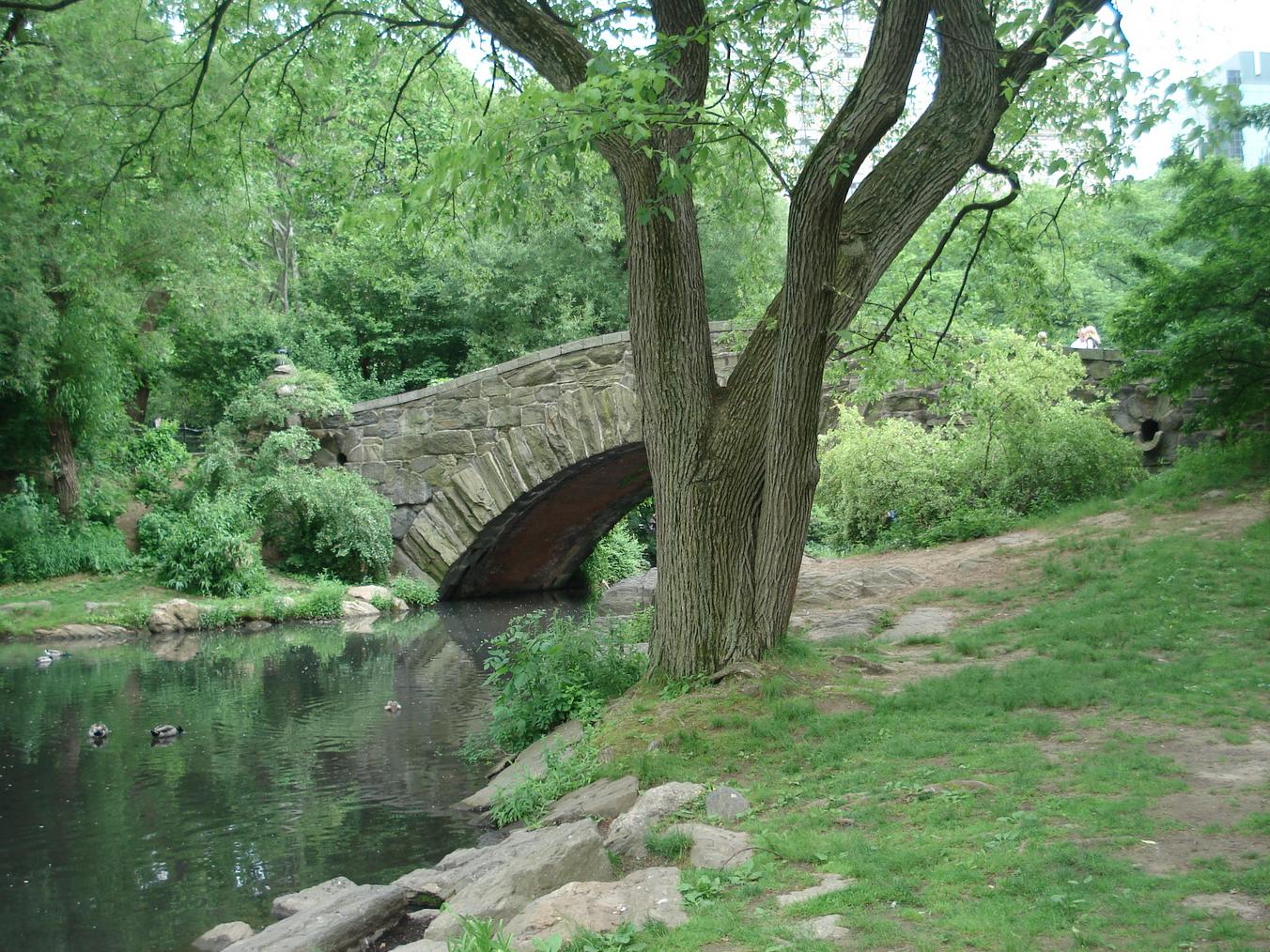 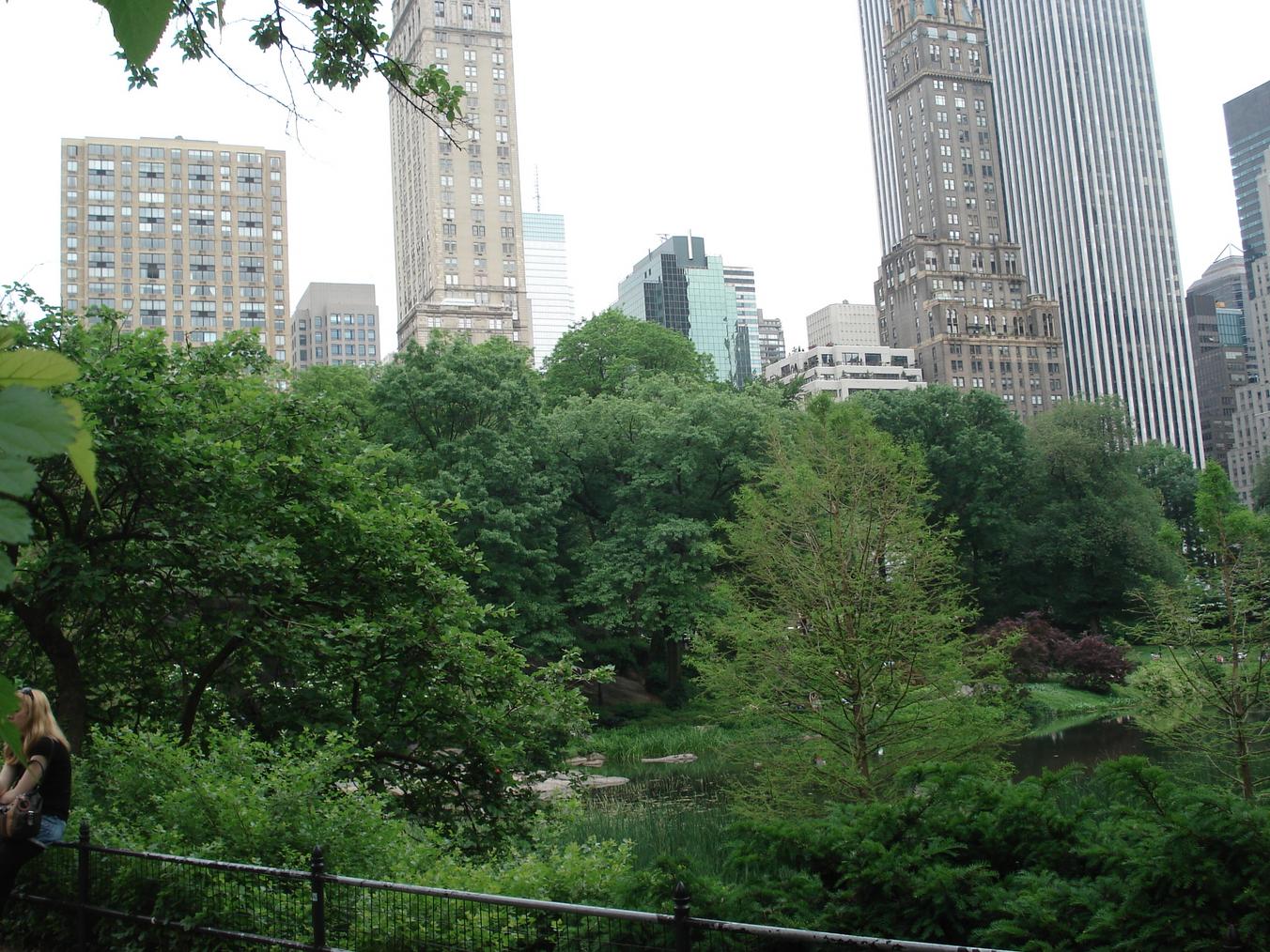 And no, these are not just in the movies! 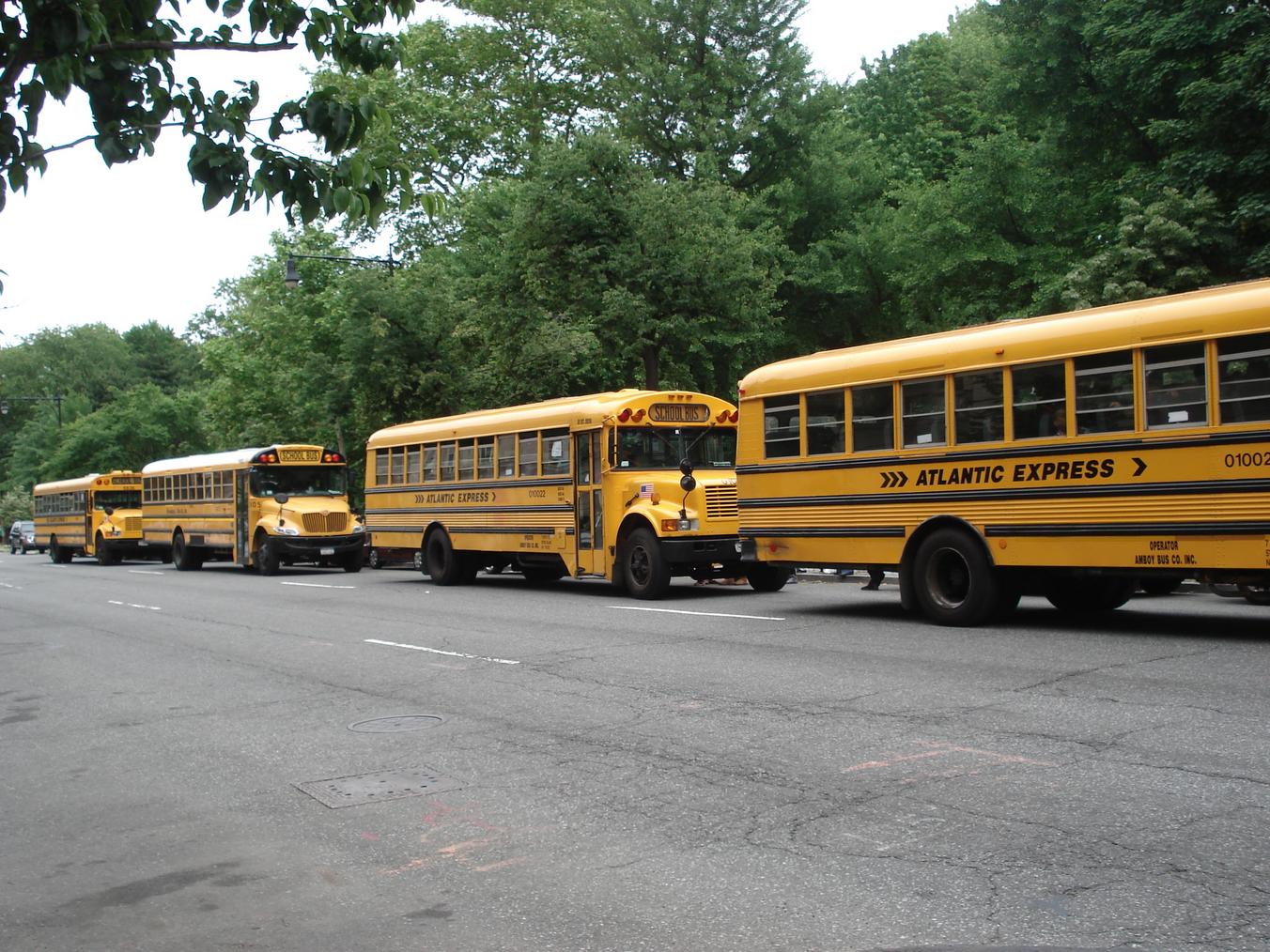 Thanks for the update, Franci! Lovely photos, too. And please keep writing! It’s about the only way I’m likely to experience NY: vicariously! Last year I did a motorcycle trip up through South America that way. Hey, it’s one way to keep the Christchurch winters interesting!!

We’ve been living in the US for 11 years now and are just 90 minutes away in Connecticut. if you’d like to get together some time please drop us a line.
Check out Tim Kellers church (Redeemer PCA) in Manhattan one Sunday as well, the 6:30pm service is always taught by Tim and is worth a listen.

The story and photo of Marica reminds me of a story I once read about John Wesley in a biography of Susanna Wesley. Please note that I do not vouch for the accuracy or credibility of the following. At about four years of age he had not yet talked, which was of some concern to his parents! At this time there was a big fire in the manse; after it was put out, they were frantically searching for John. Suddenly he piped up from under a kitchen table, “Here I am!” - and talked from that time onwards. Well, that’s how I remember reading it in a book years ago, but take it for what it is worth. As for a theory to explain his not talking until age four (a child/man who later showed himself to be very intelligent and verbal), here is mine: He was figuring out how everything in language “worked” before trying it; and he had an uncanny awareness that he wanted to do it right the first time.

A question now: Are the windows in the present apartment well protected?

Thanks Mr Snoek! We’ll most definitely take you up on that! It might not be for a few weeks though, as we’re looking for a permanent place now and will be quite busy till we settle. :-)

No, unfortunately not. They are even bigger and there are more of them, but thankfully there’s aircon in this apartment, so we don’t need to open the windows. The hallway window are wide open though, but I’ve given Marica a good explanation of why to stay away from them, and she does. :-)

Loved the photos (as well as the Oamaru ones on Flickr), especially Marica in a NY t-shirt on the carriage ride and the 4 of you in the carriage.

“Just in the movies”? Wow. (That’s like a fellow window cleaner asking me if we really ate PB&J sandwiches in America; they’d never had one.) But come to think of it, I thought it was weird that school kids rode public buses in Chch….or biked to school along busy city roads.

Sorry to hear about the sleeplessness.

Ben, how was your first week at work?

I second the Redeemer suggestion. We just read a book by Keller and have heard very good things about that church and it’s involvement in cities worldwide.

Hey, don’t mean to hog the comments, but I’m serious in asking you to be careful re: Craigslist. We’ve heard first-hand two terrible stories regarding cars people were hoping to buy via Craigslist. One involved bodily injury and the other loss of money. Not that it can’t be a good resource for apartment hunting, but take the info and the setting with a grain of salt (or two).

Wow! Marica is soo small! :( going to mis you guys.