As we prepare to take a trip back to NZ for Christmas, I’m looking back at this post again (originally posted in March 2012) to refresh my memory on what’s useful to take and what to do to make life easier when travelling long haul with kids. It’s been a few years since I’ve posted this, so I thought I’d repost it in case it can be helpful to others! 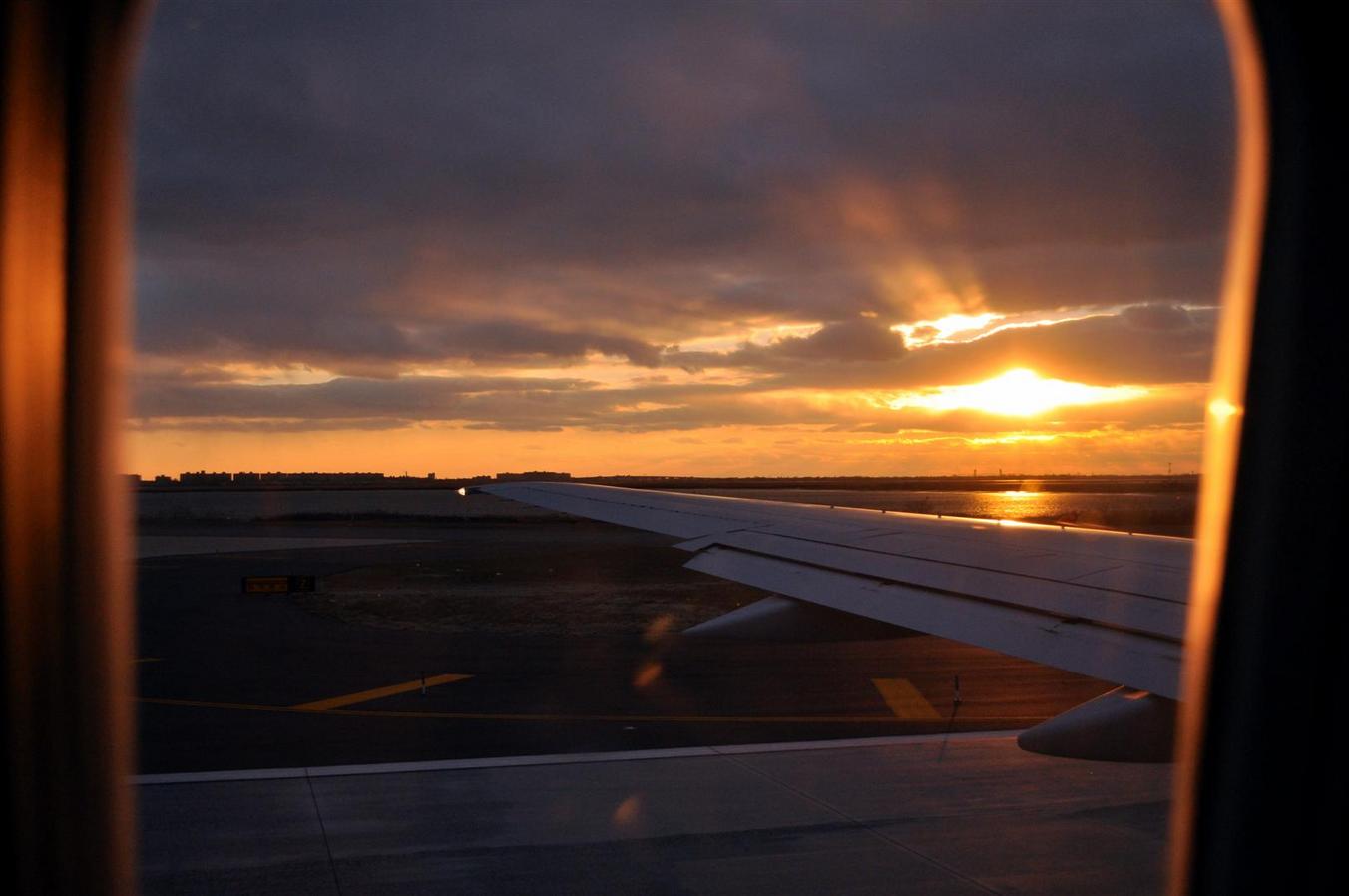 I recently travelled from New York to Christchurch, New Zealand to attend Jeremy and Lillian’s wedding with Marica (4) and Esther (2). Without my husband. Many people have asked how the 26-hour trip went, and as I thought about how anxious I was before the trip, and how many other people are in that same boat every day, I thought I’d do a little post on some things that made our trip easier for anyone out there who might benefit from it. I am not a seasoned traveller and I don’t claim to have all the answers, but here are some things I recommend:

Be prepared in your own mind: 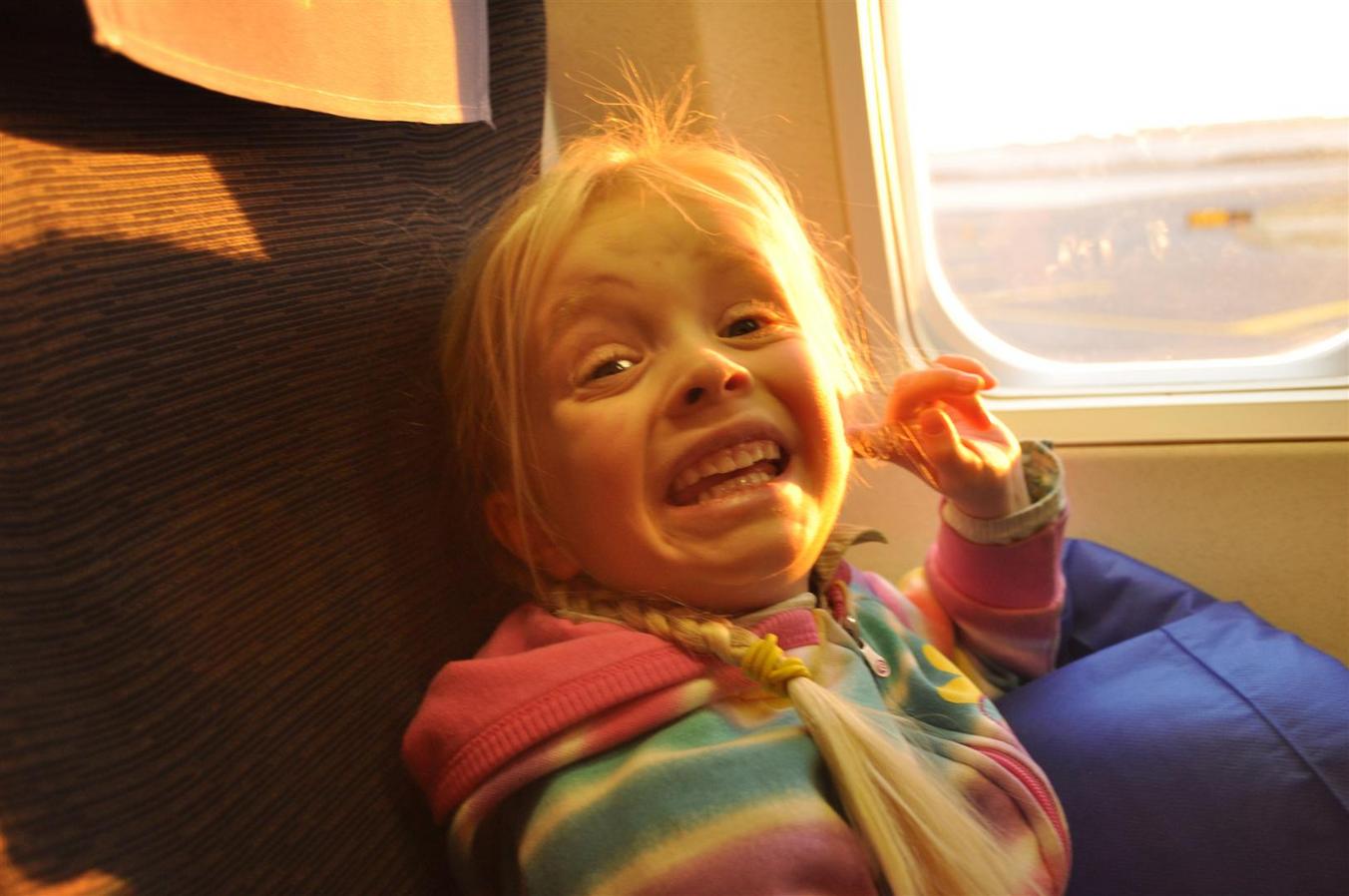 Chances are you want to know what to pack, and how much. The what I’ll list below, the how much I’d answer with however much you can fit into one backpack. You want your hands free to deal with your kids — whatever you do, please don’t try to maximise on your carry-on luggage allowance. You’ll get frazzled trying to get everything through security and down the narrow airplane aisles on top of trying to carry a kid (or two) who just had a melt-down. Don’t even go there. One backpack is enough.

Having said that, I did find it useful to take an empty canvas shopping bag with me. What went in here were our winter jackets once we were through security (we were flying from mid-winter to mid-summer) and my camera. When we were about to board, I would also put a few activities in there to get us started for the flight, and that bag went under the seat in front of me while the backpack went into the overhead compartment.

Here are some things to pack, regardless of the length of your flight:

We had 3 flights from New York to Christchurch, and the hardest one was not the 12 hour flight between LAX and Auckland as you would expect. It was that cross country 6-hour flight between JFK and LAX, and we were flying United. The in-flight entertainment consisted of bad TV shows on those little screens hanging from the ceiling above the aisle, so it wasn’t even an option for the kids. There was also no complimentary food on the flight, though the drinks were. These things are a mild nuisance that aren’t a big deal if you’re flying alone. When you add kids into this equation, however, you need to come prepared for pretty much full-time, hands-on entertainment/distraction.

If this is how you’ll be flying, you should pack:

If you’re crossing time zones, or flying during or past bedtime, be prepared for tired children. Chances are they’ll do better than you expect, but chances are there will be some grumpiness and crying. Do what you can to comfort them (or to get them to sleep!) but realise that it probably is going to happen and relax about it. If you get all uptight, it’s not going to help your kids stop crying. People on the plane are usually pretty good about it, especially if they’ve seen you interacting with your kids in a good way during the rest of your flight. You might get some dirty looks, but those who give them are probably single and just have no idea. Their day will come too.

If you’re flying long-haul, there are some extra challenges (like the length of the fight), but also some things that make it easier. The cabin crew are more understanding and helpful, you can request snacks for your kids pretty much any time during the flight, there are change ‘tables’ in most of the lavatories, there are in-flight entertainment screens with kids’ shows and games on the seat in front of you, and kids are usually given some sort of activity bag. Yes, the flight is longer, but that means that your kids will probably get to the point of exhaustion and want to sleep. Here are some things that can make long-haul flights easier:

And lastly, if time allows, ask one of the cabin crew if your kids may see the cockpit once the plane has landed and most people are off the plane. I had talked with the kids about the plane’s layout and so they knew what the cockpit was and that the pilot flew the plane. They were very keen to see it and thrilled to be allowed in there. This pilot was particularly nice and even allowed them to sit in the pilot and co-pilot seats. They also got a little card with the details of the plane on it, and a pilot’s badge for kids. 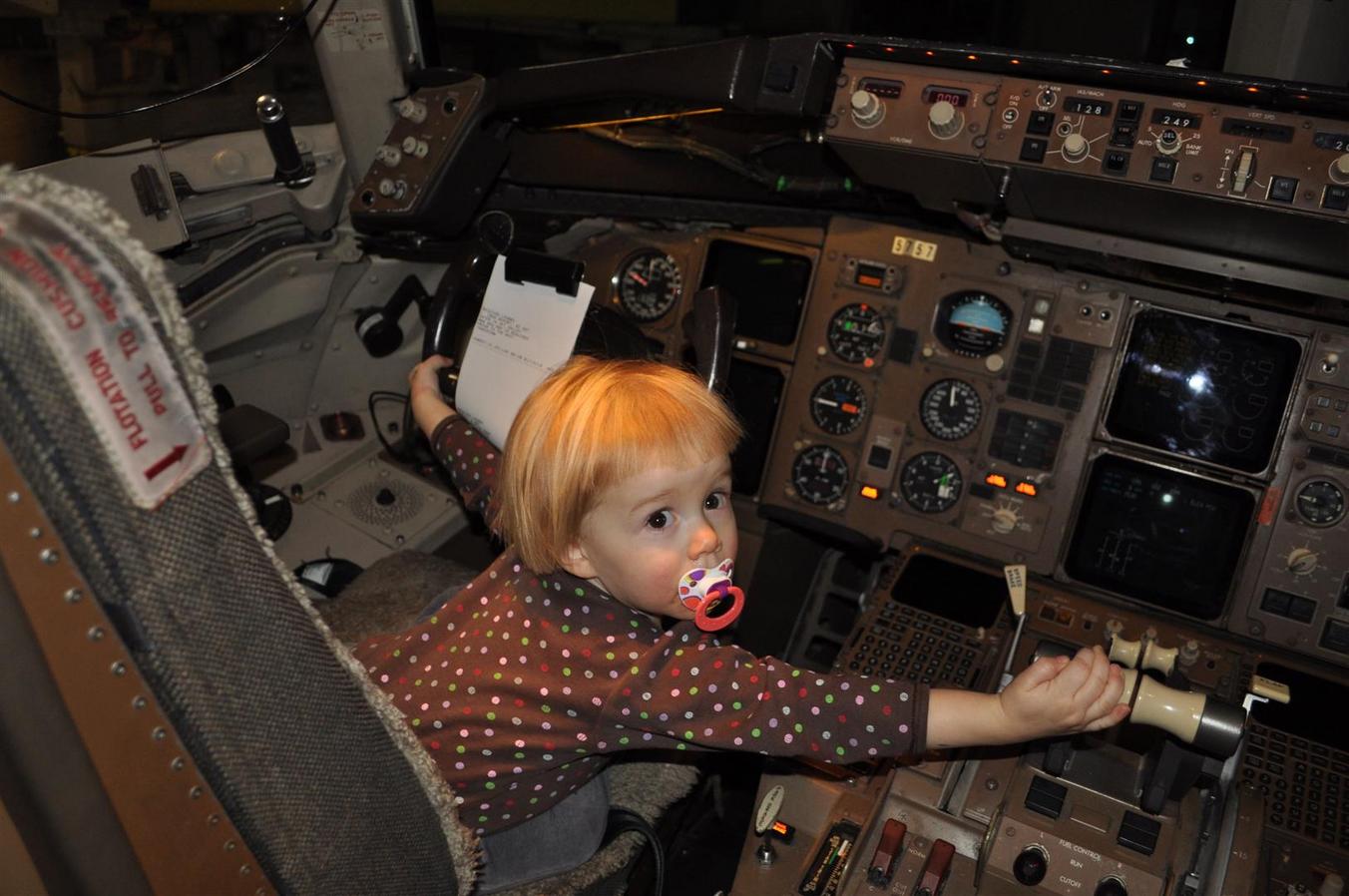 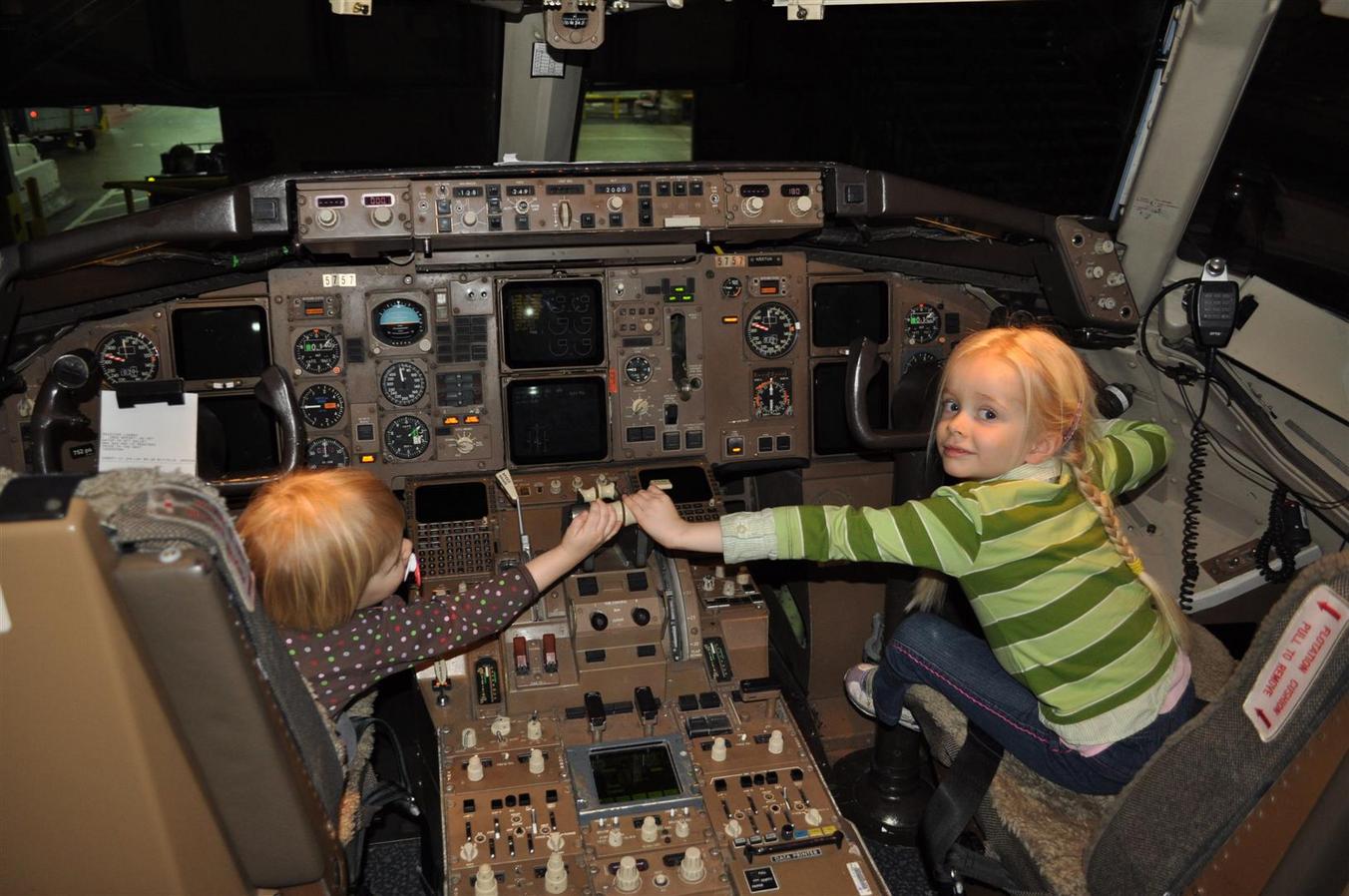 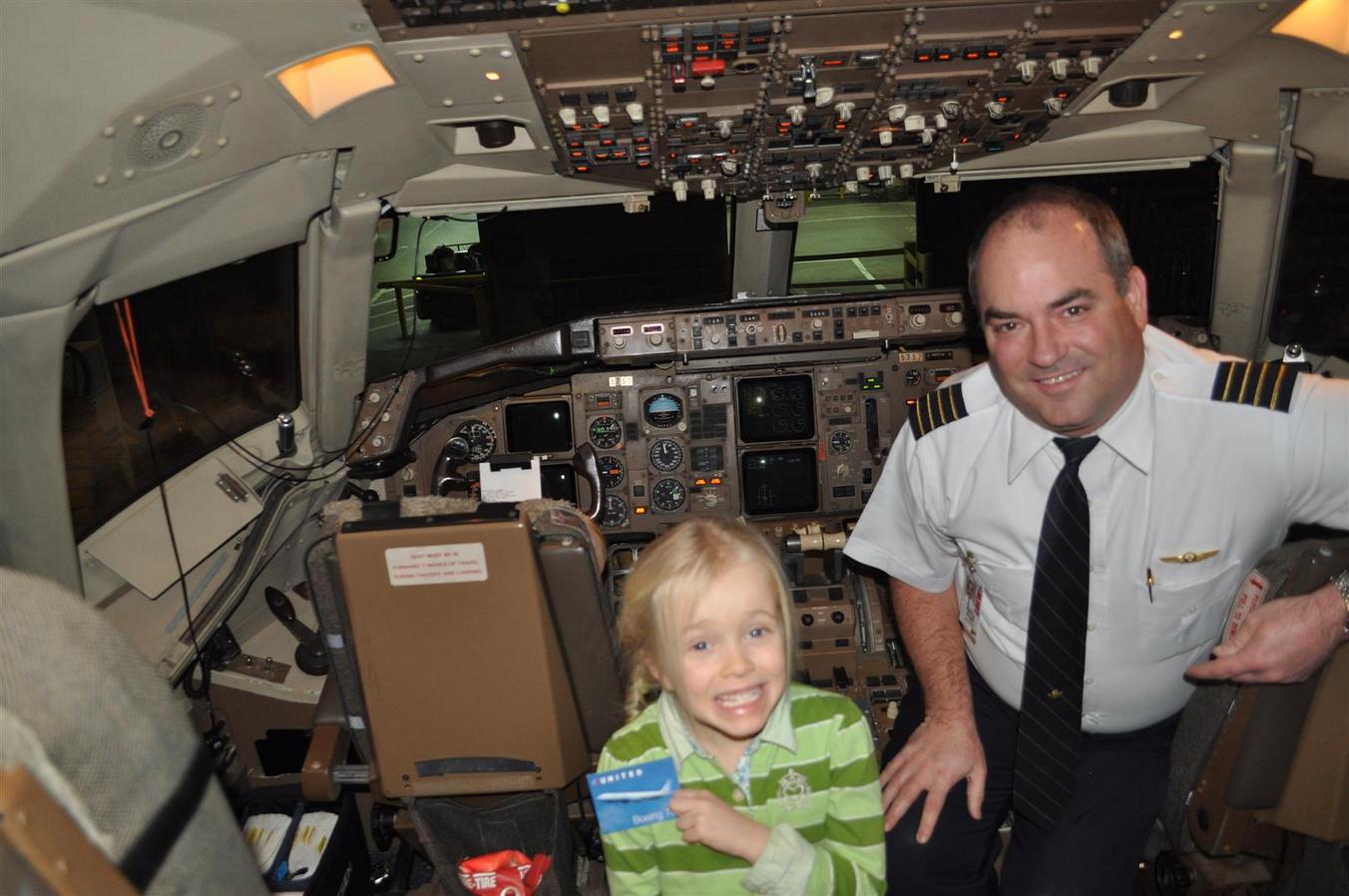 I’ve surely left some things out, but look around at some other sites. Remember that even a long-haul flight is only a short time in the scheme of things. Make it a short time your children will remember fondly, even if you won’t!

Wow, I didn’t know anyone was allowed in the cockpit. Maybe I’ll pretend I’m four next time I fly and ask if I can sit in the pilot’s seat, too!

I don’t know why they don’t have planes with a sealed back section of the plane for families to be noisy in. Disney airlines.

Thanks heaps! A very timely post as Dv we are flying longhaul with our family this year!

Great! I hope it all works out well for you, and as you start on a new adventure!

Because nobody will want to fly in the noisy section, not even parents with kids! Imagine if you finally got your kid to sleep, but the people in the seats in front of you had kids jumping all over the place… spells disaster to me. :-)

However, if they had a little ‘play area’ or even a cry room or something, that would be awesome.

I’m sure you could ask to see the cockpit, but it has to be after the plane has landed. I think it’s all pretty locked-up up there while in flight.

Yes, it’s like joining the Christchurch Symphony Orchestra’s concerts when your kids really aren’t the worst-behaved kids at the concert, by a long shot…. Not much musical appreciation develops there. Or like sharing a room in the hospital with other Mums whose new babies are just as unsettled as mine!!

Enjoyed the post, Franci - I’m sure you got pleasant comments on how well your children travelled, if our travel experience is anything to go by. (in reality, some of them were just zoned out on movies and free Coke!)