On Saturday, Marica turned 4 years old. I find that hard to believe that it’s already been 4 years since she was born. And at the same time it feels as if she’s been my big girl forever.

In preparation, we made cupcakes twice — once for preschool and once for her party, as well as a cake. I had 2 little helpers — helping me lick the beaters! 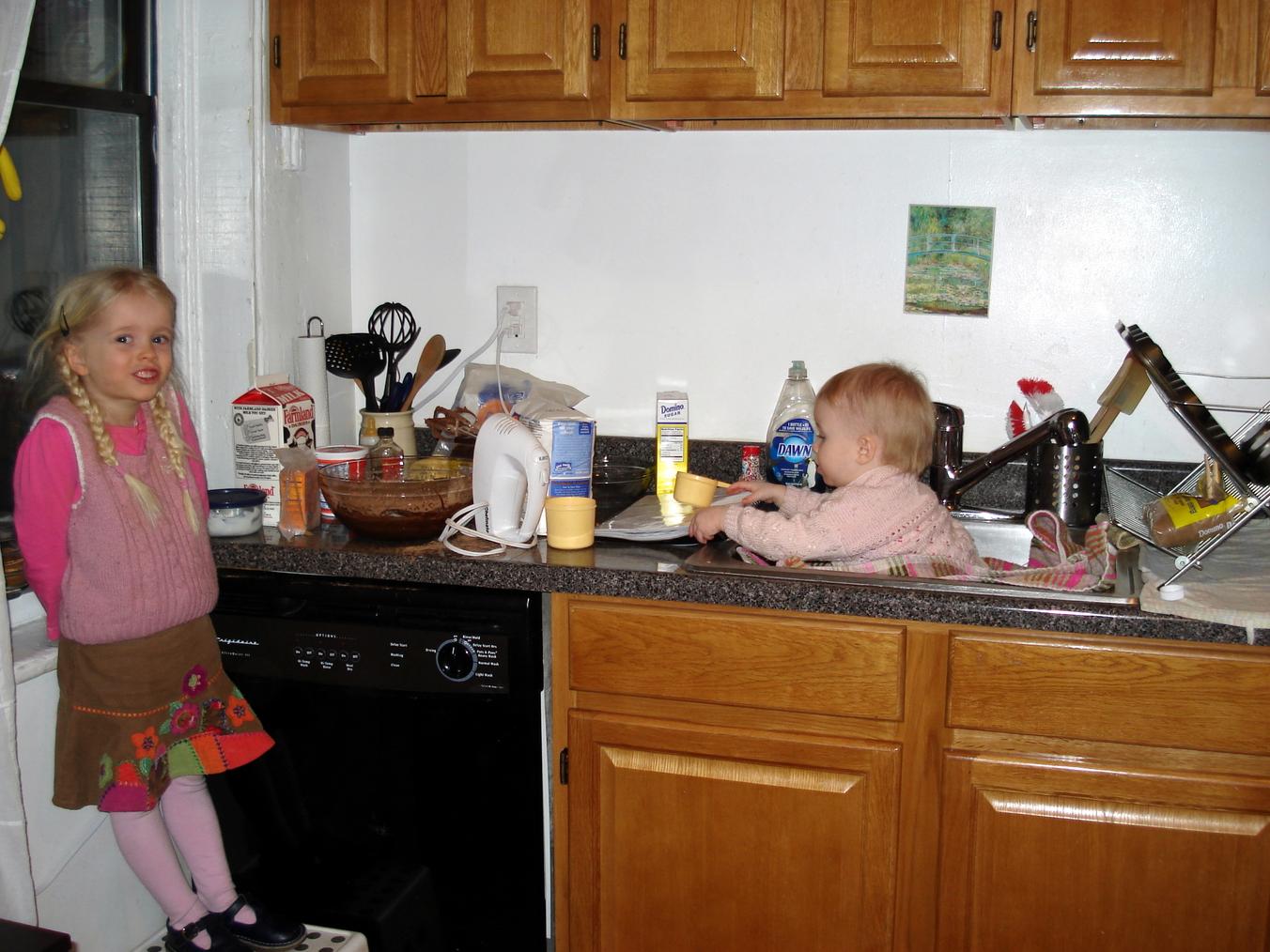 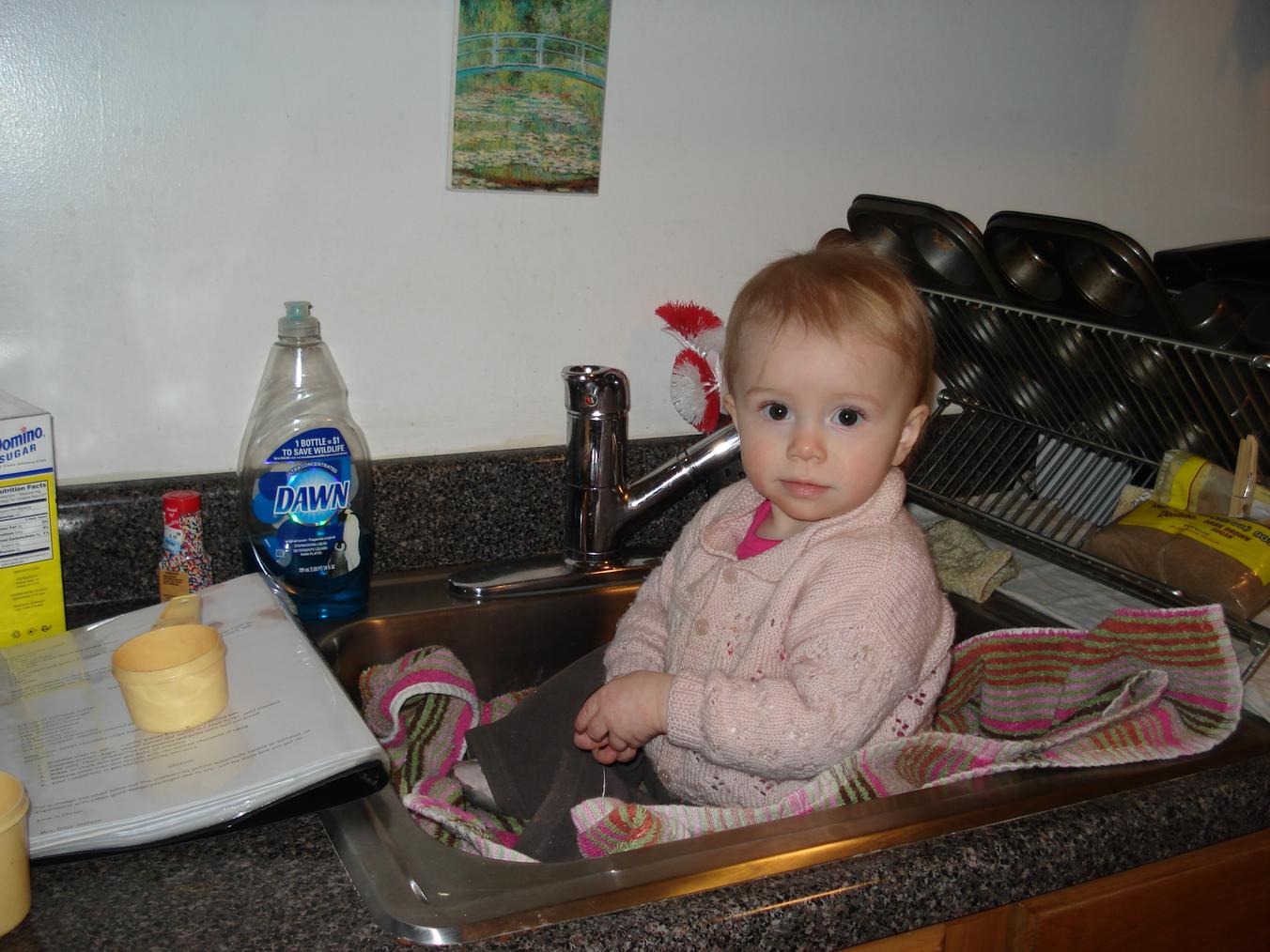 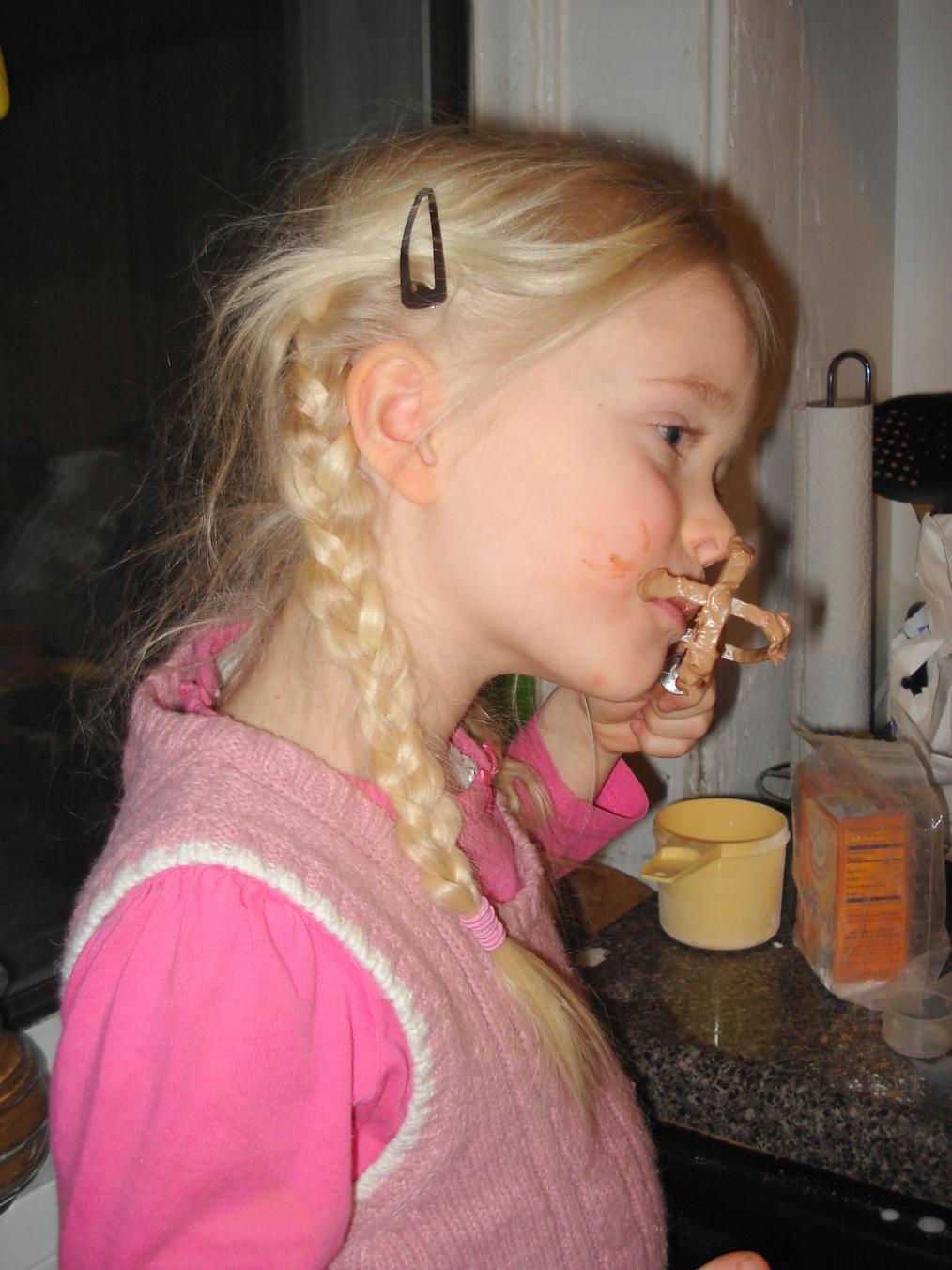 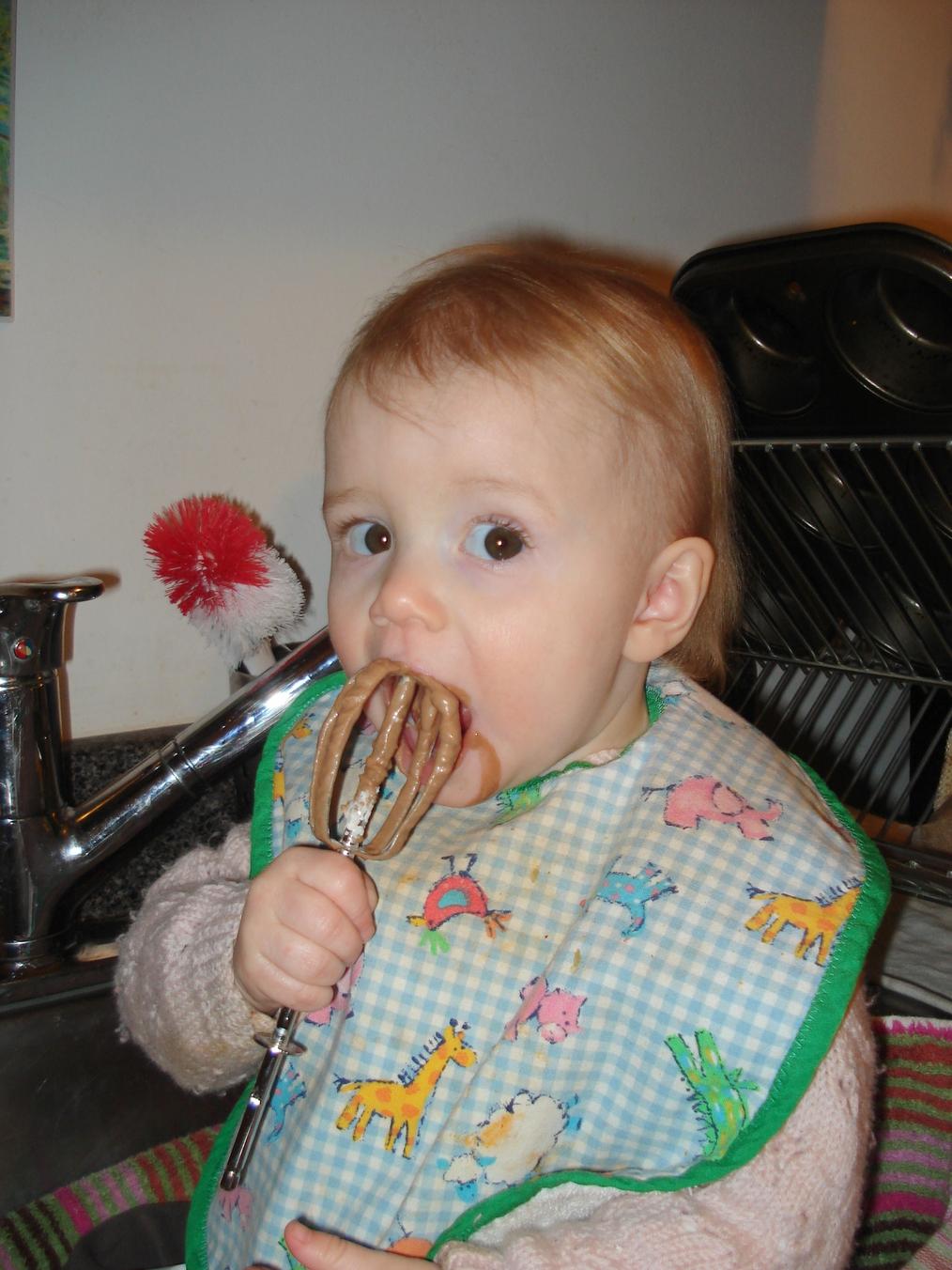 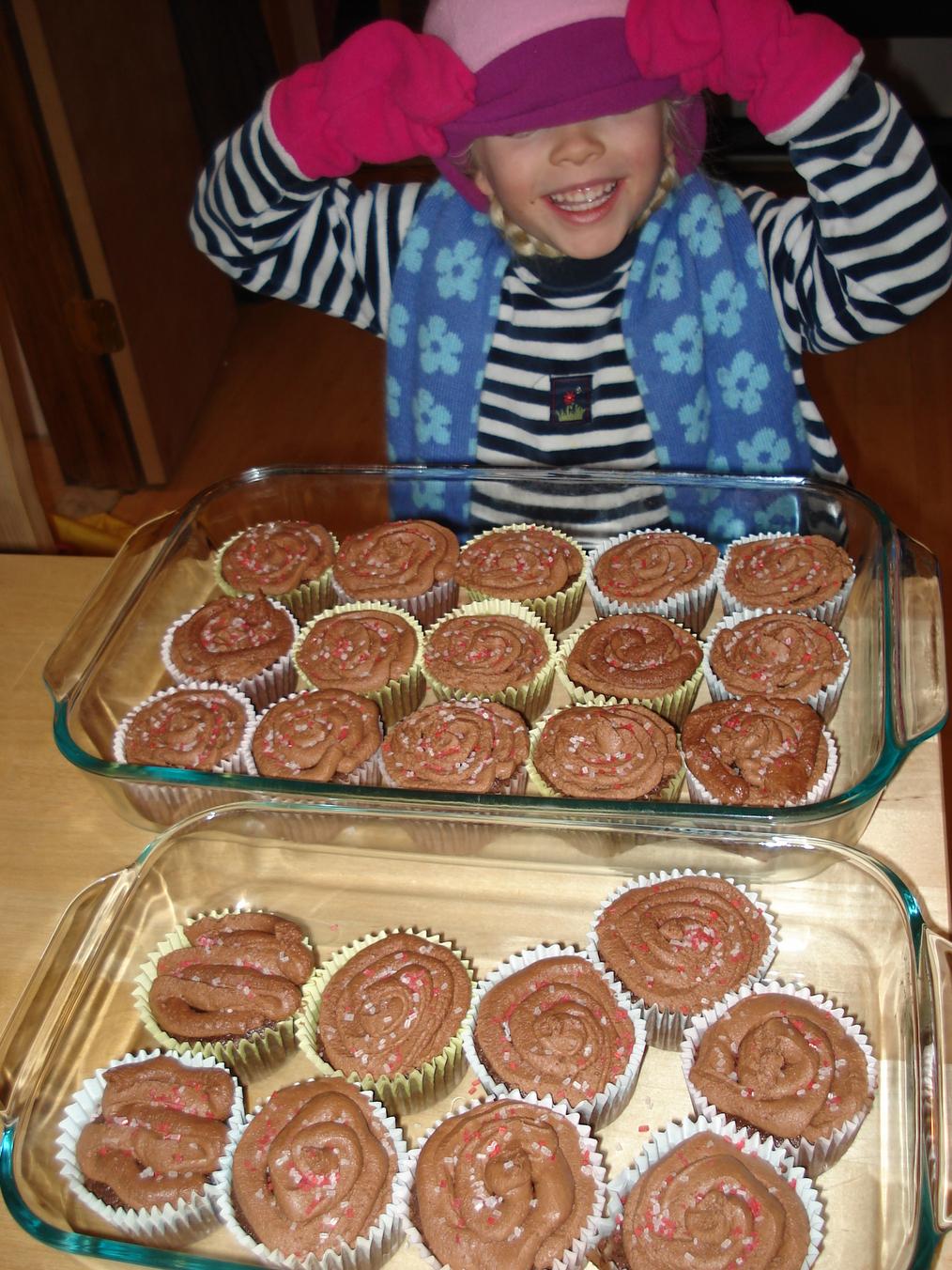 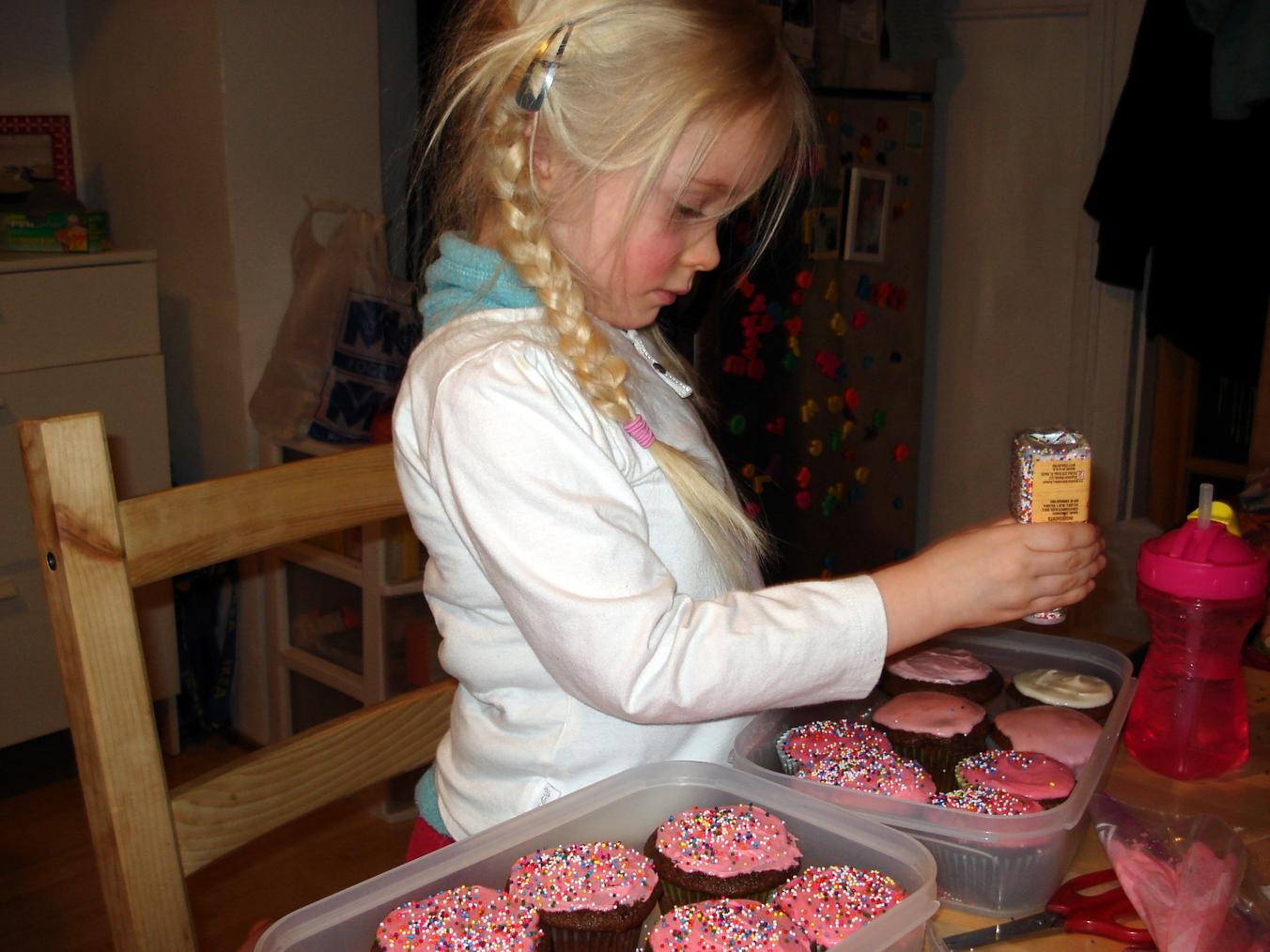 In the morning we opened some presents, but I forgot to take pictures. By the evening when she opened more presents our camera’s flash had given up the ghost!

And then in the afternoon we had a little party at the Brooklyn Children’s Museum with a few friends. The weather this time of the year does not lend itself to doing anything outside, and our apartment is too small to have a crowd over, so the Children’s Museum worked great.

Here are some photos for your enjoyment! 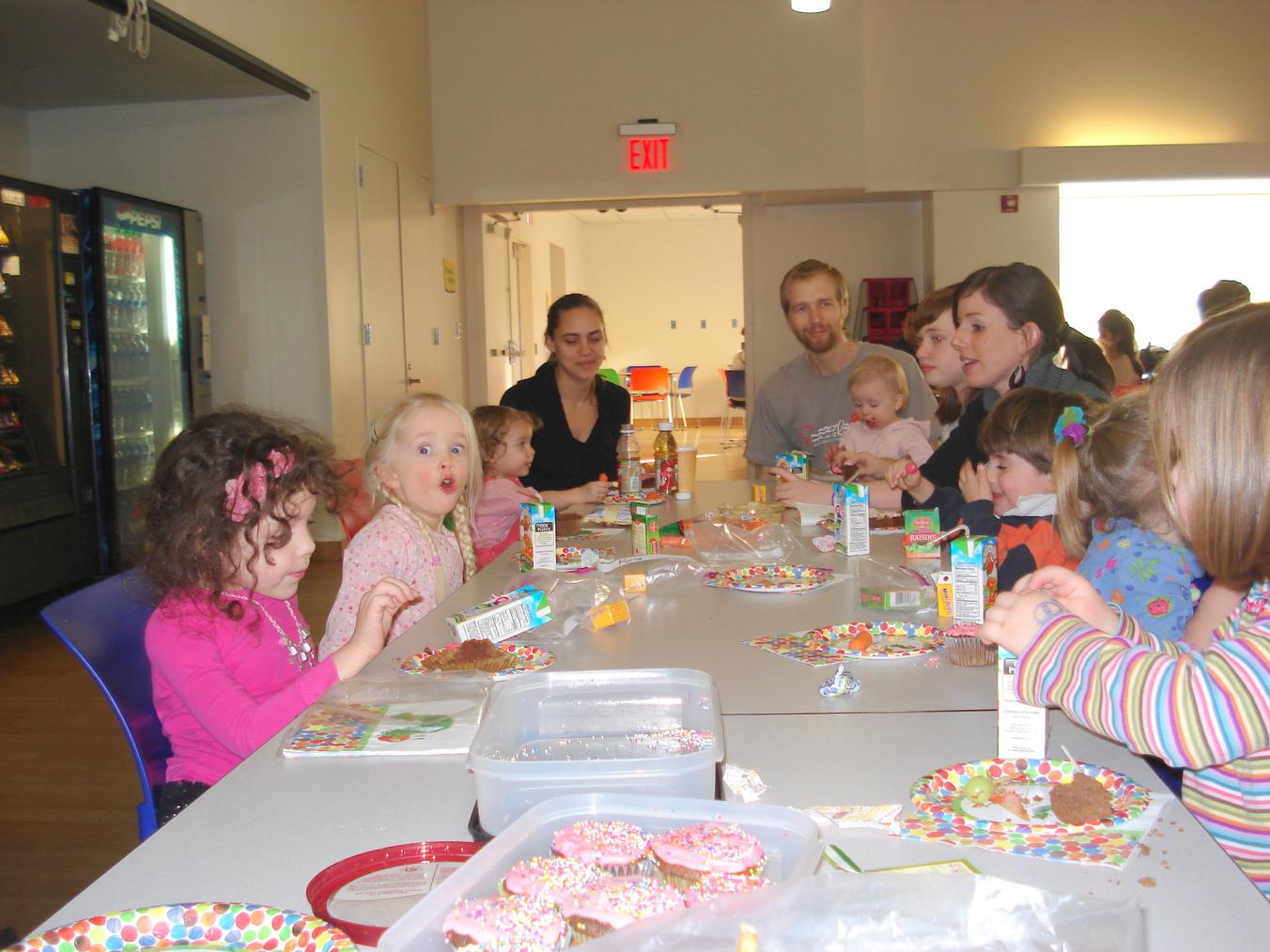 We had to have a candle-less cake because of restrictions at the museum. We didn’t really want to evacuate the place by setting off the fire alarm! We did have some candles on Marica’s ice cream at dinner, though. 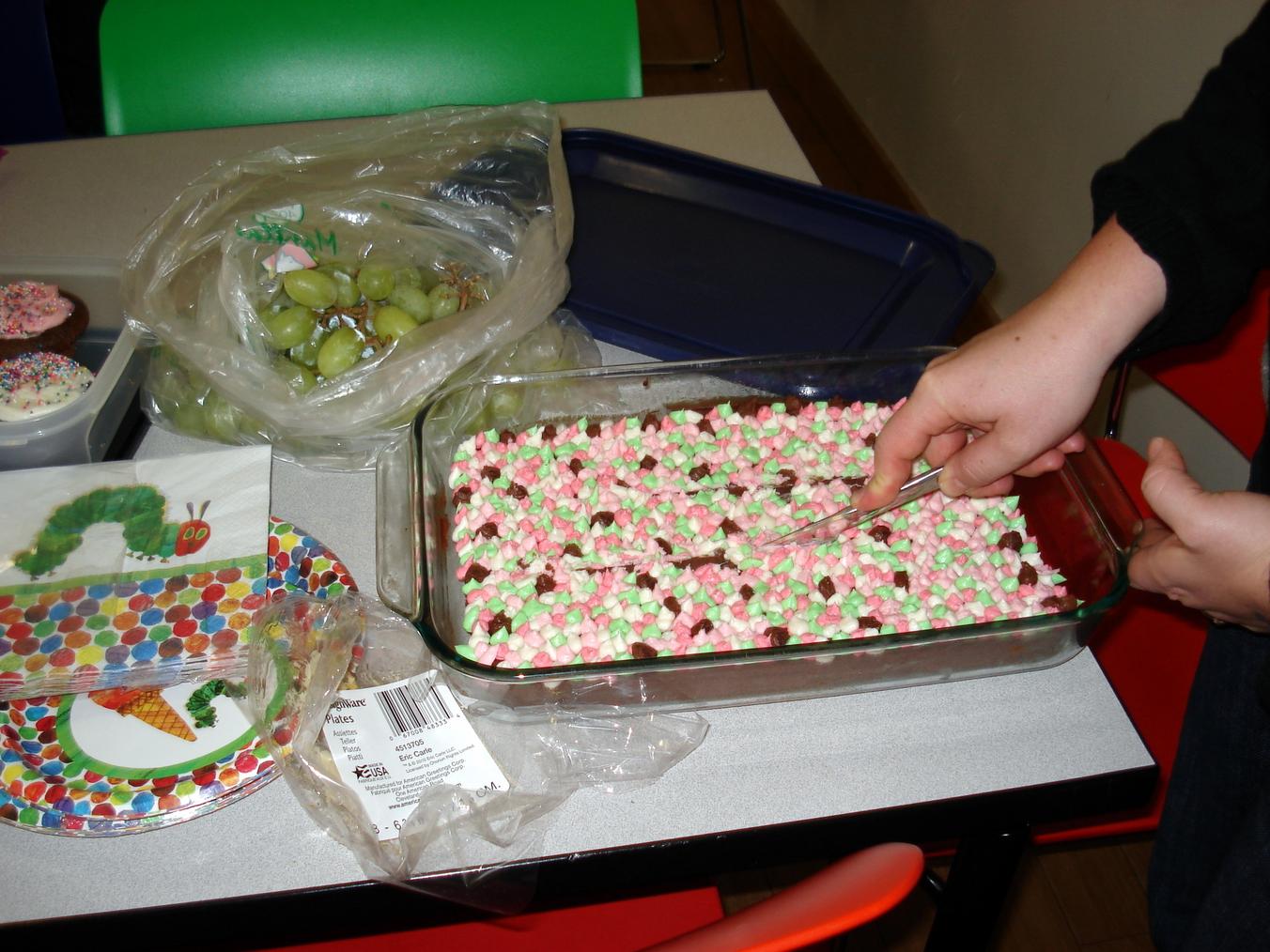 The kids enjoyed many of the activities at the Children’s Museum, but they stayed in the corkpit the longest! It’s like a sandpit, but with small pieces of cork instead. (And in true New York fashion, there were people everywhere, because unbeknownst to us we organised the party during the Museum’s 3 free hours!) 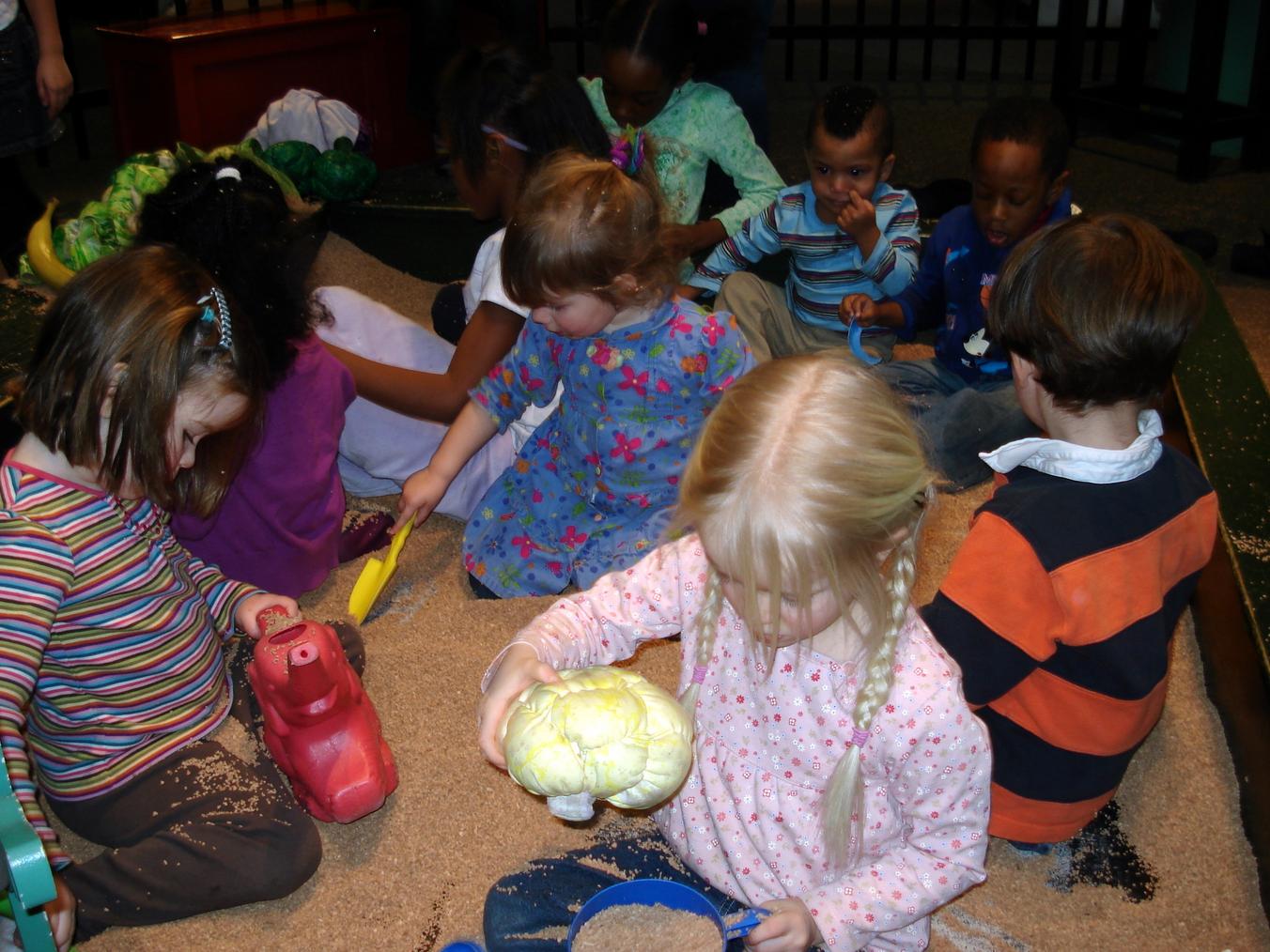 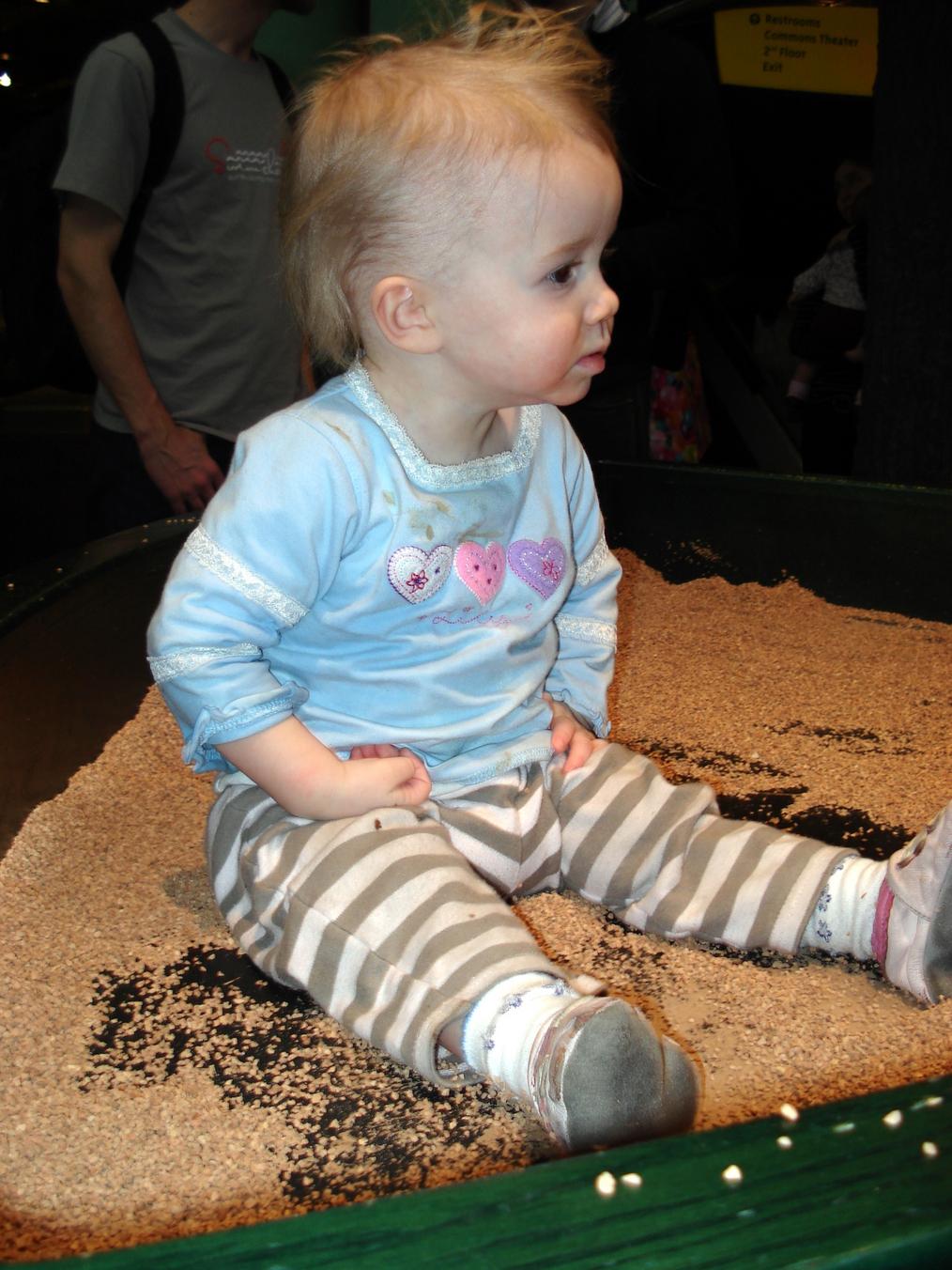 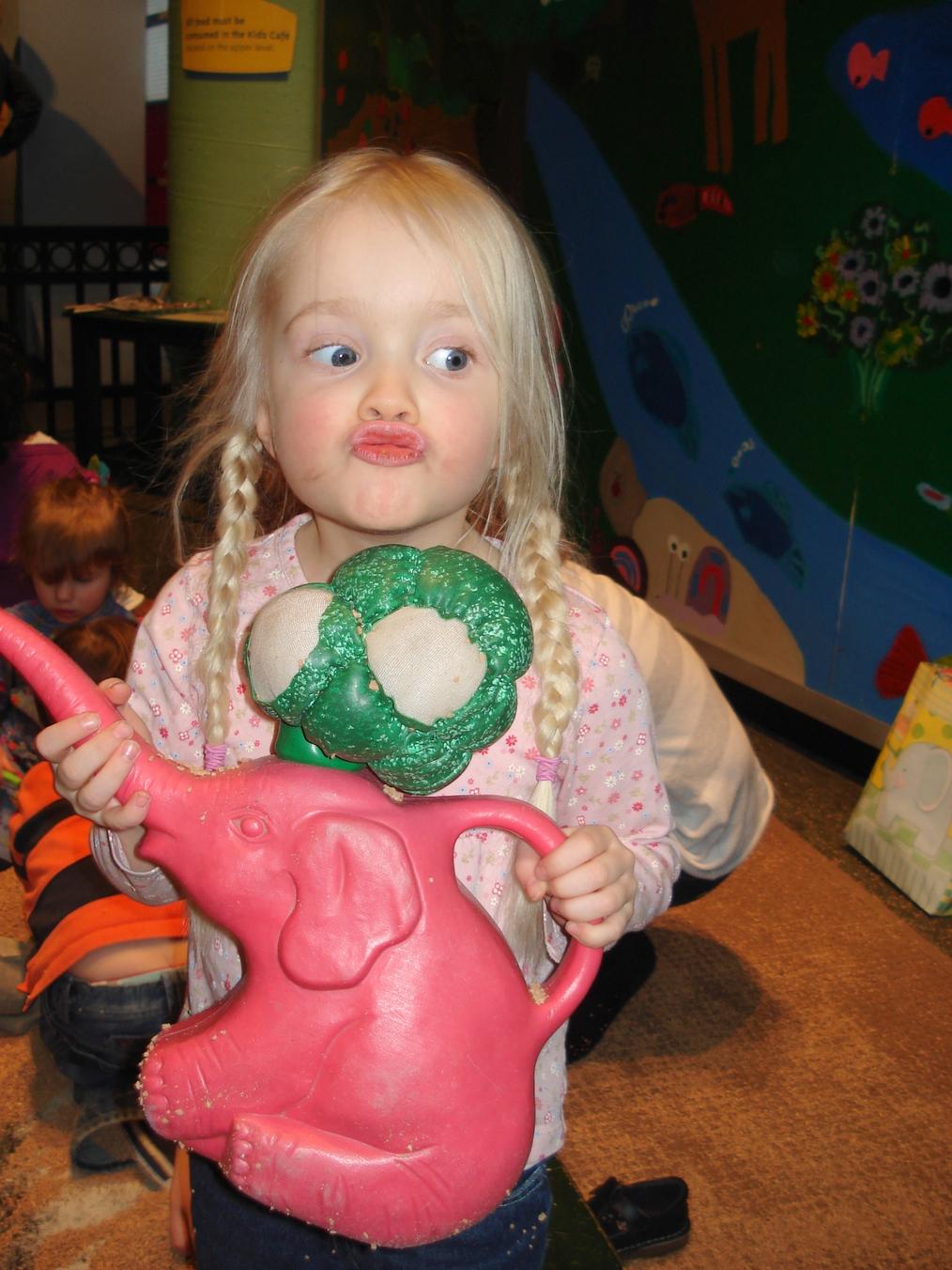 Esther really enjoyed the sandpit too! 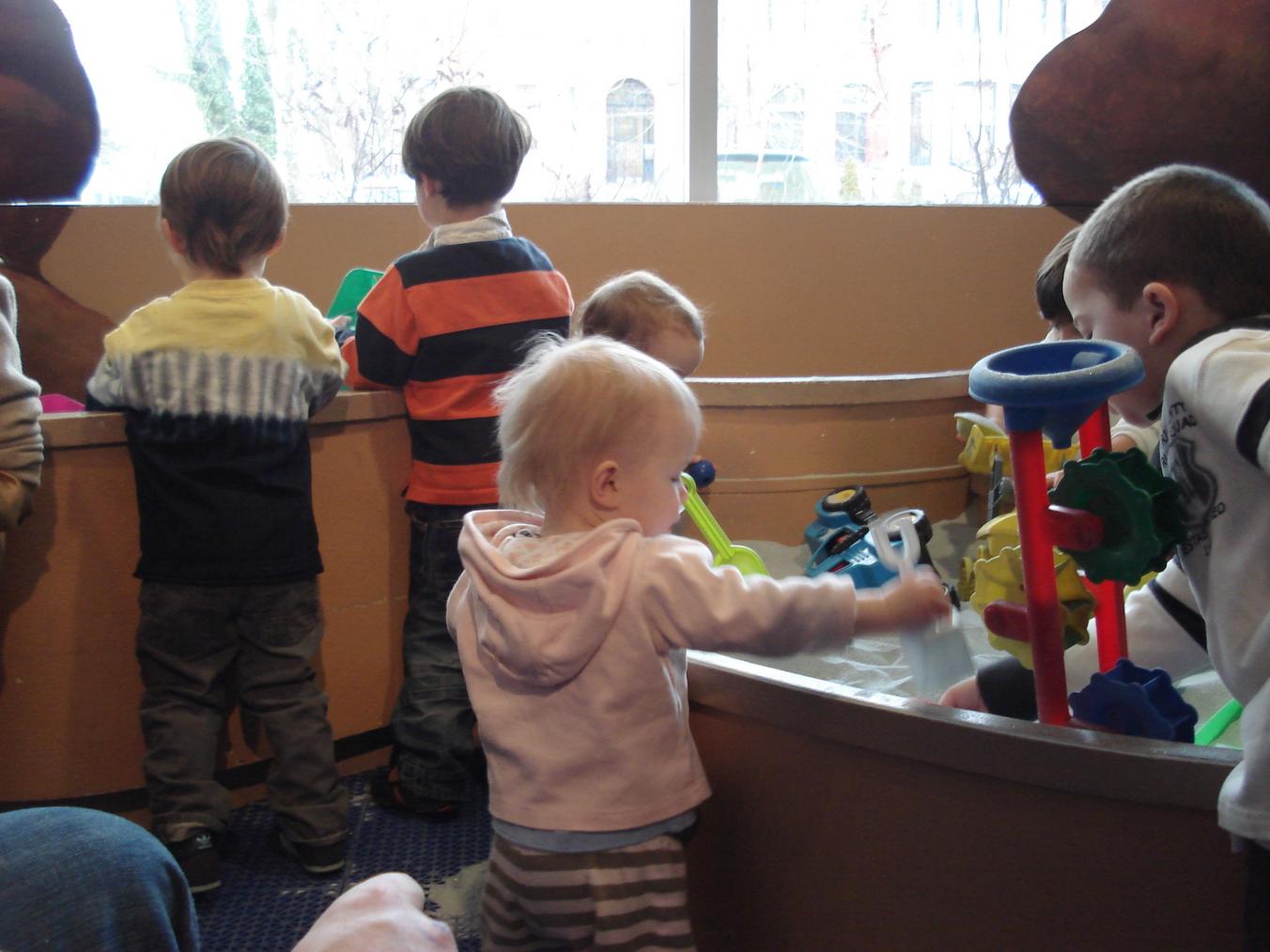 Marica got some really neat presents from friends and family, and I tried taking pictures of those, but as I said, our camera’s flash died and there isn’t a whole lot of natural light in our place. Some of the presents included: a board game, a dolls’ house that folds out of a book, lots of really neat books for reading and activities, duplo, clothes, bath crayons and paint, and we’re expecting some DVDs in the mail. What a blessed little girl!

Nice, honey! Those photos of Esther in the kitchen sink are pretty cool.

What a great idea, putting Esther in the sink!

And what a smile beneath that pink beanie! x