Broadway and a birthday

This past weekend was a full, but very enjoyable one.

On Friday night, our friend Rick babysat the kids while we went to see Billy Elliot on Broadway. We enjoyed our first Broadway experience. The “show” aspect at least — Ben will have more to say about the story later. 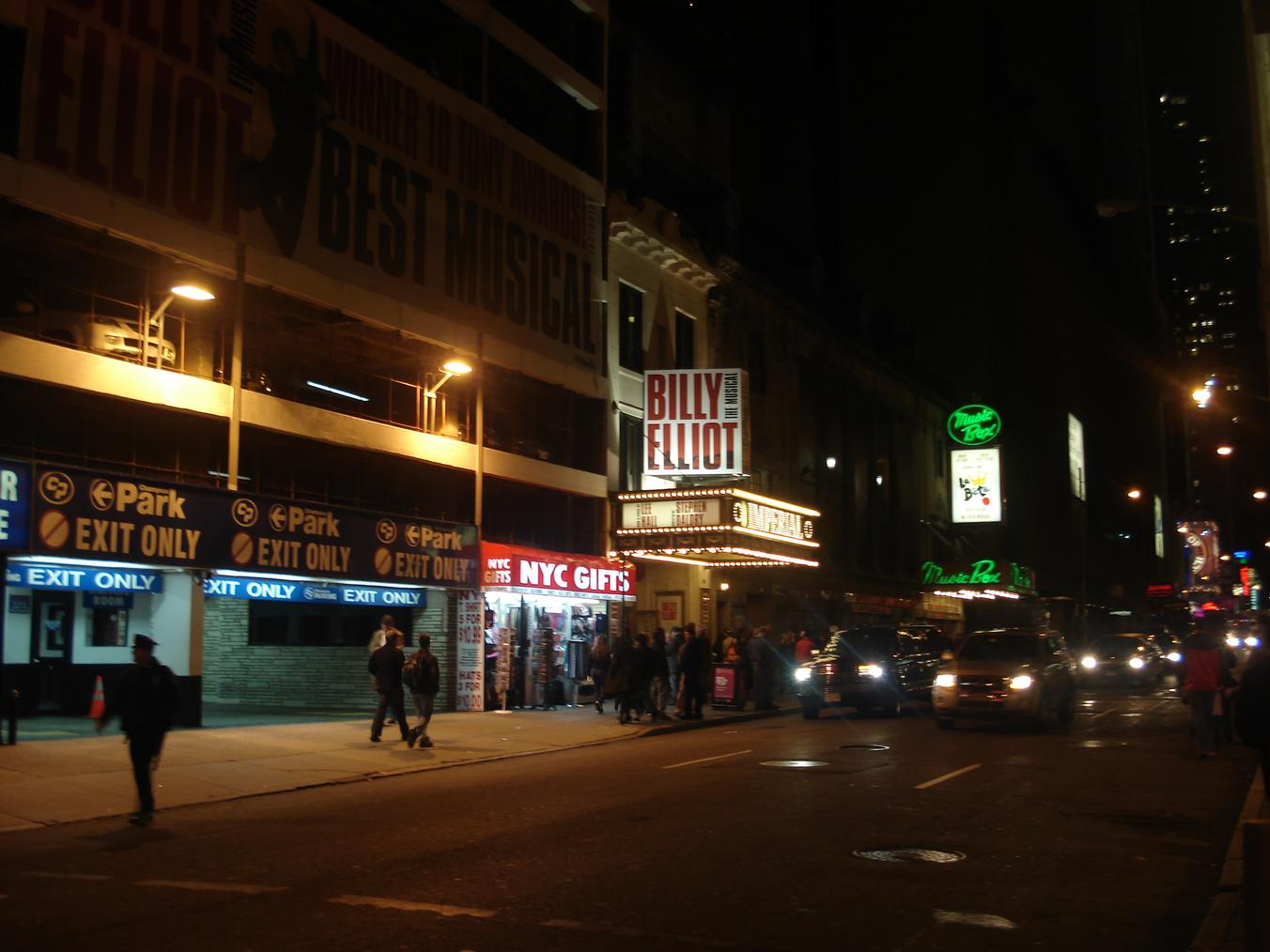 After the show we got ourselves some Starbucks coffee and felt like real New Yorkers drinking our lattés in disposable cups on the subway on the way home. :-) Allow me to highly recommend the seasonal Pumpkin Spice Latté. It is scrumdiddlyumptious.

On Saturday I went to a Ladies’ Bible study. Our studies are usually held at different women’s homes and this time it was in Westchester, a peaceful suburb about an hour north of the city. The drive was so beautiful — all the fall colours are now in full display, and as we were driving on a ‘parkway’, there were plenty of trees to be seen. Sidenote: Pastor Paul explained to me that back in the day when people drove for leisure, they built parkways to be beautiful, as opposed to motorways or highways that are not. We drove on some of those through The Bronx. :-)

The study was very profitable and certainly applicable — it dealt with child discipline. It was a good reminder of the importance of consistency, something I’m not the best at. It has also been a real blessing to get to know the women at church. They’re a neat (and varied!) bunch of women with a common love for God and His Word. I know I’ve said this before, but I really love the variety of backgrounds people at our church come from. Ben and I are two of a very small group of people who grew up in Christian households and who didn’t come to Christ later in life. And there are all sorts of ethnicities and languages too. It really is a testimony of the gospel that a bunch of people from such different cultures and backgrounds can enjoy hanging out together!

Saturday evening we celebrated Esther’s birhday a day early with a skype party with Oupa and Ouma Voges. 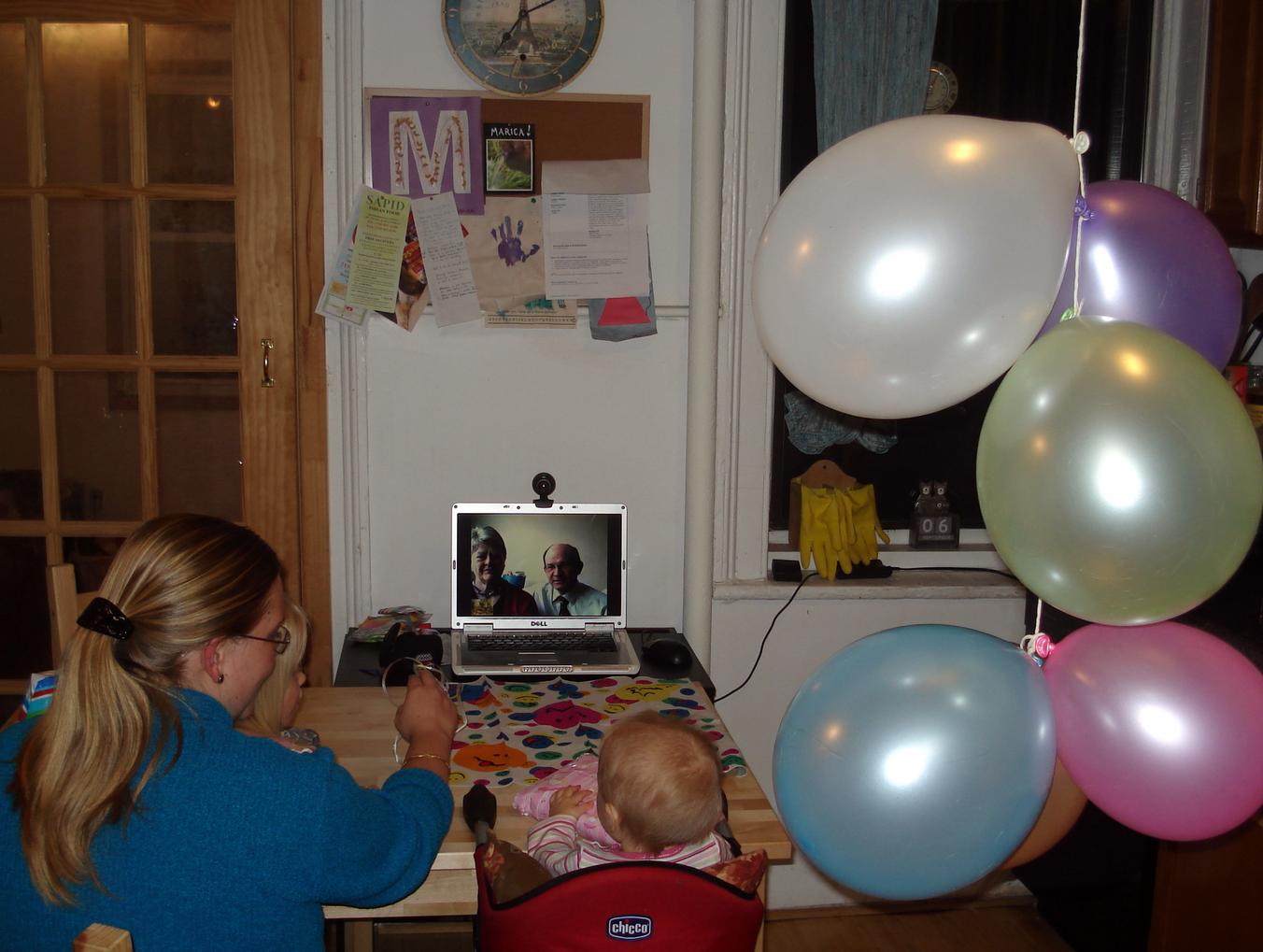 Esther got her first taste of icing and demolished her birthday cupcake in record time with this look on her face that said, “Why have you withheld from me these good things all my life?!” 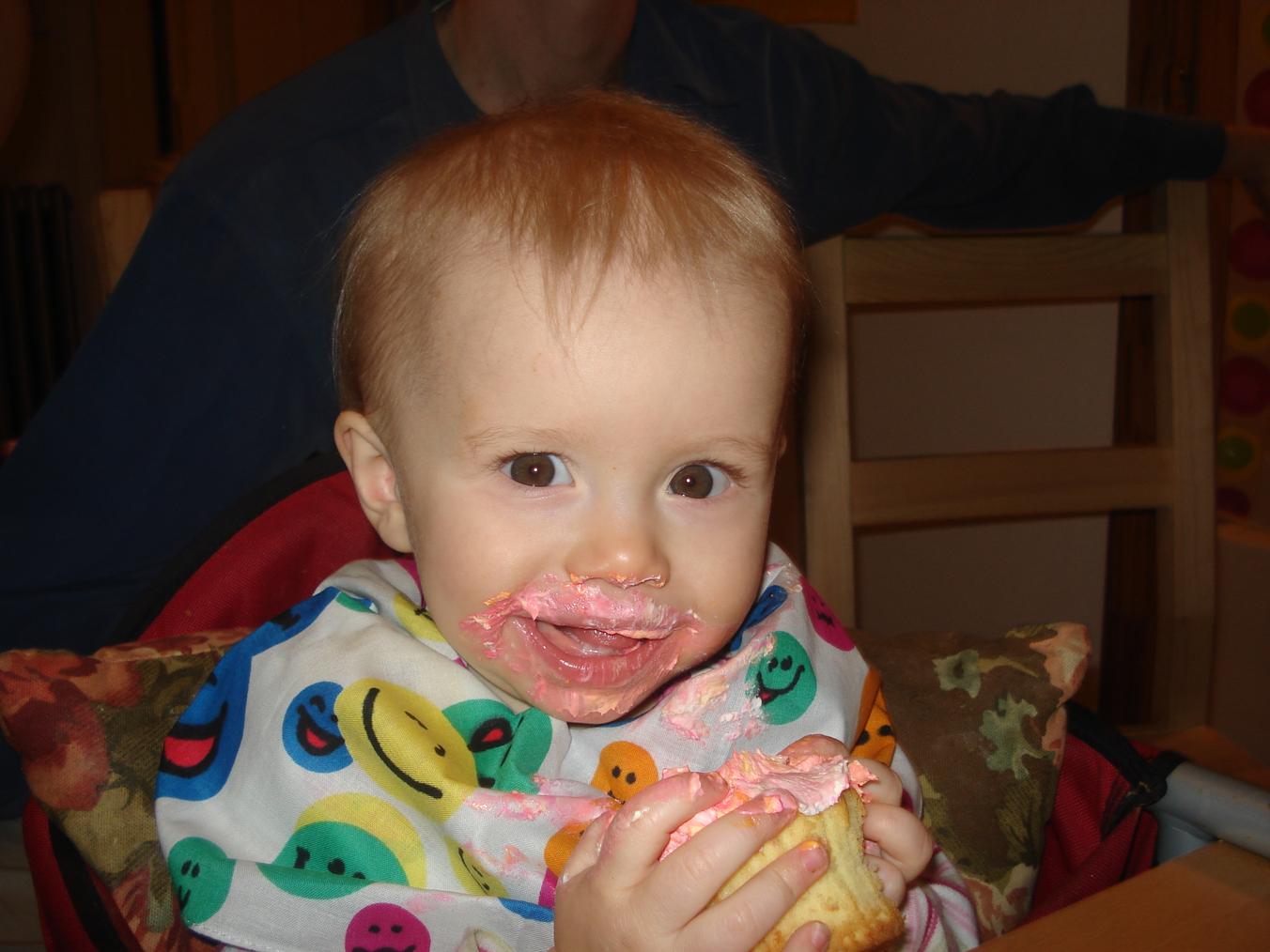 Apart from that, she had no real idea what was going on. She loved playing with the ribbons and the wrapping paper and the balloons while the presents got a bit neglected. :-)

Franci, when I was in my first two years of uni, we lived in Ossining and my Dad taught math at and I studied at Kings College in Westchester. It is a beautiful county — but you need plenty of money to live there!

Congratulations on Esther’s first birthday! May God bless her. Tell us what the pressies were! :-)

I don’t know where it’s is showing in NYC, but Marvin Olasky of WORLD magazine highly recommends The Screwtape Letters dramatized by Max McLean. Olasky also recommends Freud’s Last Session (showing near Central Park) for “lovers of C.S. Lewis and intellectual jousting.” Fictional meeting between the CSL and Freud.

Wow, King’s College has an interesting history. Some young people who said hullo at our church are going there, and the college has now been relocated (in 1997) to the Empire State Building. Imagine going to uni half way up what’s probably the most well-known sky-scraper in the world!

Congratulations on Esther’s 1st birthday. Wow, it has gone so fast.
She is a real cutie. Different to Marica and has a look of her own. You can see she is Ben’s daughter and also yours Franci but she is definitely unique. Hope you all enjoyed it and may God bless her with many more fun filled years….. with plenty of cupcakes. :-)
Much Love to you all.