While Christchurch is still having earthquakes, here in Brooklyn we had our very own tornado (or super-severe storm — the weather service isn’t sure which). The winds and rain whipped up all of a sudden, picked up huge branches and even trees and threw them across the streets, and then twenty minutes later it was dead calm again.

Thankfully, I left work just after the tornado stopped. At the time, I had no idea it was more than a heavy wind — in Manhattan where I work we just had some strong winds and hard rain. Then I got out of the subway station in Clinton Hill, Brooklyn, and wondered if some city contractors had been through to trim all the trees, and done a really bad job cleaning up. That’s what it looked like at first — there were leaves, branches, and whole trees (we’re talking half a metre in diameter!) strewn across the footpath and street. But on closer inspection, they hadn’t been cut by chain saws. The divine hand doesn’t cut neatly.

For example, here’s the kind of thing many people came home to in Park Slope (just a few blocks away from us): 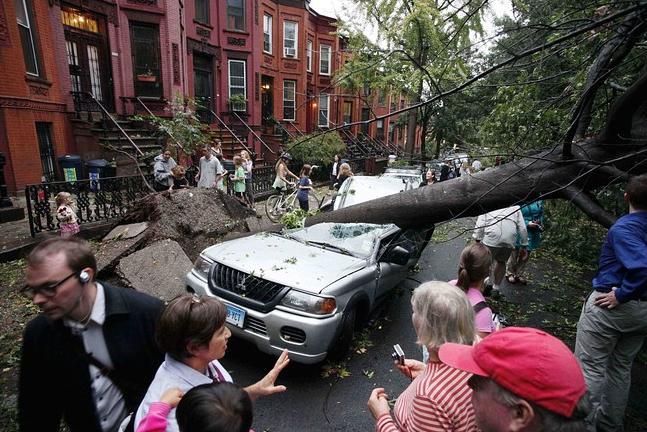 You can see more pictures from our area here. And there’s some video footage and a news article with more information here.

Anyway, we’re all safe and sound, don’t worry. And thankfully the car we’re borrowing was away from trees and untouched.

Franci recorded a weird (and funny!) video of what was happening to our toilet during the tornado. You can watch that on our Flickr page here.

And here are a few more photos that I took outside our apartment: 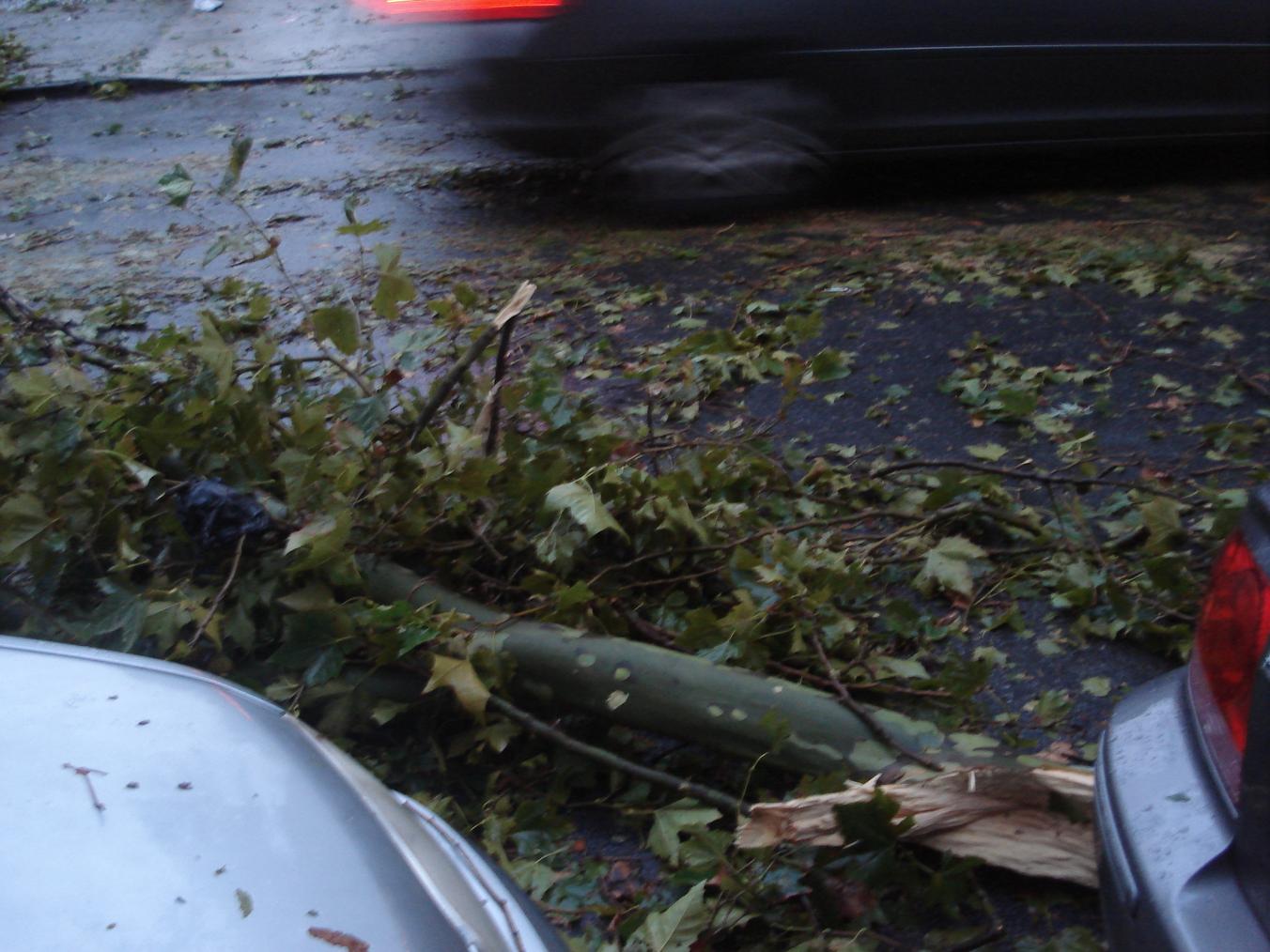 So Franci was calmly filming the toilet and you were busily wrapping up your work day while the storm raged? You’ll sure have stories to tell about this time in the U.S.

That looks like photo evidence that Marica was the one pushing down all those trees! :)

Wow, that left a lot of damage for a short time! Praise God that you are all ok. Franci’s video is quite funny- guess it was safer to be in there than to be near the windows at the time!

Yeah, that’s right, Hannah. :-) Franci was a bit worried, but felt pretty safe inside, and the toilet thing was too weird to miss. We heard a little bit of fierce rain in our offices, but I didn’t think anything more of it till I got home.

Incredible! A tornado in Brooklyn. One expects them in Kansas where I come from, but Brooklyn? Anyway, we’re glad you’re OK.